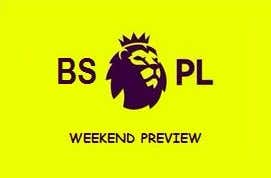 EUROPE IS ALIIIIIIIIIIIVE WITH SOCCER (except those lazy Italians), and my god it is glorious. Soon – very soon – we will have reached god’s gift to weekends that involve waking up at the buttcrack of dawn to watch soccer, drinking some breakfast beers while watching soccer, throwing Barstool College Football Show on the computer while watching soccer and drinking pre-lunch beers, then watching college football (and drinking afternoon and dinner beers) from then until the moment you fall asleep. Go outside? Nah, that’s for suckers when we got SPROTS to watch!

Alas, we still got a little while to wait on that. Now before we get silly with the weekend ahead, one quick reminder:

LOVE SOCCER BUT STILL IN NEED OF A CLUB TO FALL IN LOVE WITH? GOTCHOO FAM: Wanna get into soccer but need a team? Barstool’s Guide to Picking an EPL Club

For now, though, let’s focus on what is before us… a bountiful cornucopia of soccer action on deck this weekend, starting with… 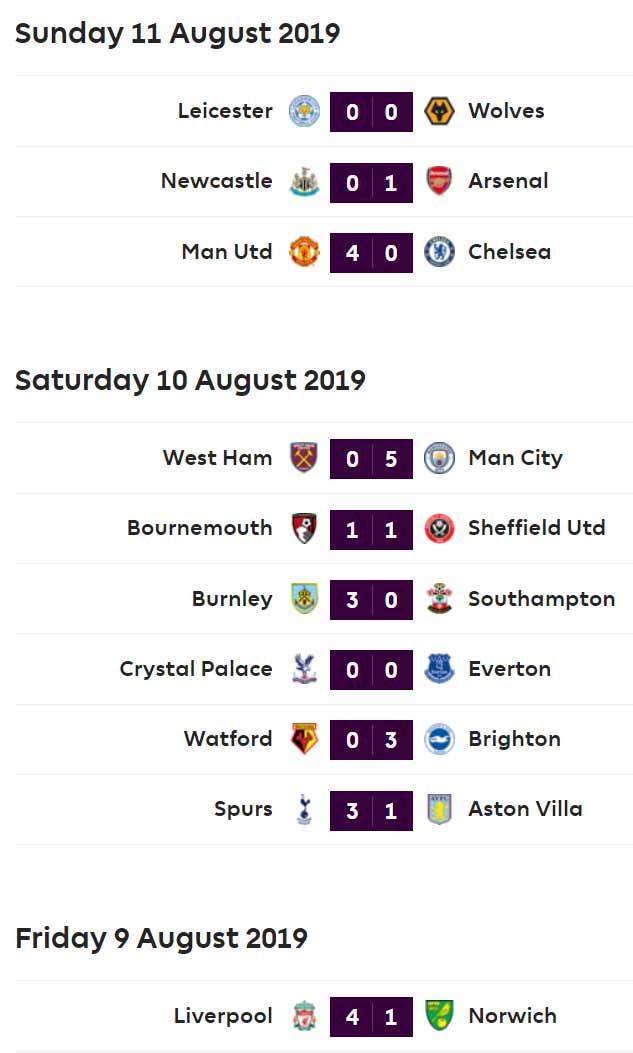 Huh. Would ya look at that. Even fate enjoys a good dangle.

And the weekend schedule: 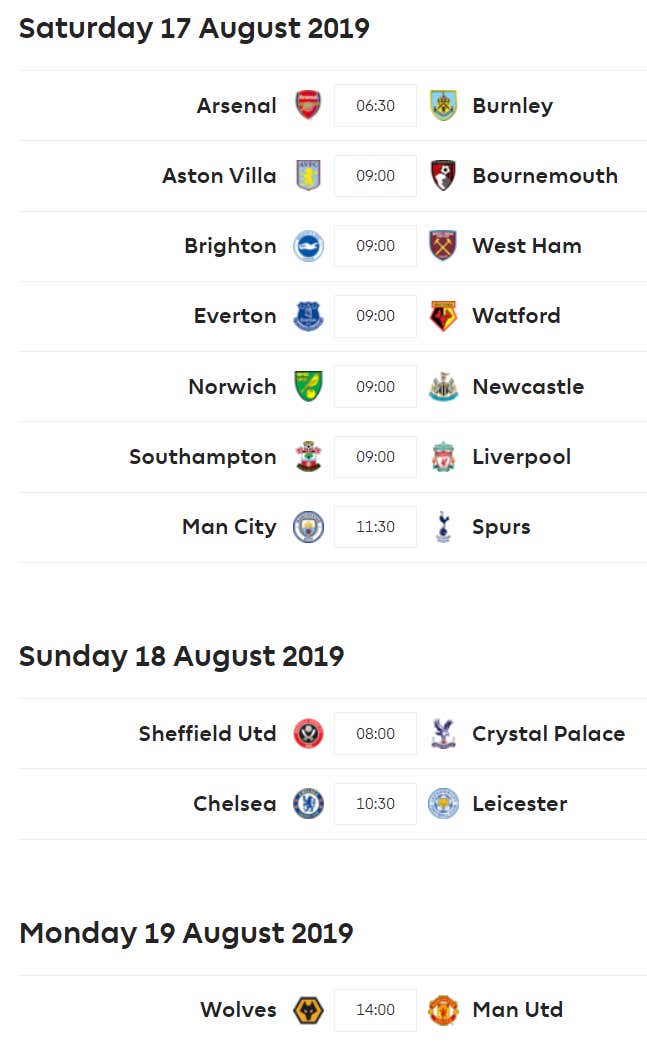 City looked pretty dang good in curb-stomping West Ham last weekend. They were clicking on all cylinders from the first minute and could have hung a 10-spot on the Hammies. Spurs, on the other hand, took a longggggg time to get going against (newly promoted) Aston Villa, and in fact looked unlikely to make a breakthrough until Real Madrid’s on-loan playmaker Christian Eriksen was added to the mix and instantly gave the team a spark.

I think this Spurs team is damn good, in fact I predicted they will (finally) lift some silverware this season. However, there is still a lot of things up in the air with Eriksen (“maybe”) leaving and Pochettino now in a pissing match with Jan Vertonghen. I don’t know, just doesn’t feel like a very good time to travel to the Etihad. I’m going with City to win 3-0.

So, um, are United a lot better than expected? I suspect the answer is “nah, not really” for several reasons. The first is that Chelsea was missing a lot of key players for all (Rudiger, Loftus-Cheek) or much of the game (Kante, The Babyjesus). The second being that several United goals – notably the penalty conceded by Kurt Zouma (#1) and Daniel James’ deflection (#4) – were extremely fortunate. That game looked, felt and smelled like a 2-0 win for United. That’s still nothing to sniff at, of course, but would have left a far different taste in the mouths of fans for both teams.

Monday’s game is shaping up to be a defensive struggle. Both teams come in looking solid defensively whereas Wolves did not look at all dangerous last week and I have a strong suspicion that United’s offense is going to be – shall we say – rather inconsistent this season. Feels like a serious toss-up but sometimes you just gotta go with your gut (especially given how good this very same Wolves side was against Big Six competition last season): Wolves to win 2-1.

Here are some more predictions (to increase the possibility that I eventually get one right – maybe):

ARSENAL 1-0 Burnley – Arsenal is starting the season off by going hogging, and to be perfectly honest I don’t blame them. That defense could use a little confidence booster before things start to get real. Matchups against Rafa-less Newcastle and Burnley, which may be feeling a little too good about themselves after their 3-0 shellacking of a useless Southampton side, may have been just what the doctor ordered, and they have offense for days if/when things start clicking. The only thing that makes me a little nervous for the Gooners is the fact they could already have one eye on their next two games: at Liverpool and vs Tottenham.

• Southampton 1-1 Liverpool – I’ve seen sex robots show more passion while getting fucked than the Saints last weekend. That said, I’m not closing the book on Hasenhuttl’s squad just yet, and think they could benefit from the fact that Liverpool are fresh off a midweek trip to Turkey for the Super Cup. (Also, they may start something called Andy Lonergan in net.) Granted, Liverpool has the potential to beat every (non-baby blue) team in the league by five goals… but despite the gaudy score line, I was not THAT impressed by the performance against N00bwich last week.

• Brighton 0-2 WEST HAM – Credit to the Seagulls for hanging a crooked number on Watford last week but even they would have admitted after the game that they got ALL the bounces. West Ham expended legitimately zero energy bending over and grabbing their ankles against City on Saturday so should be well rested and raring to go this weekend. In fact, am I doing it? Yep, I’m doing it. This right here is Sam’s Extra Special Gold-Plated Money-Back Guarantee Lock of the Week Game. 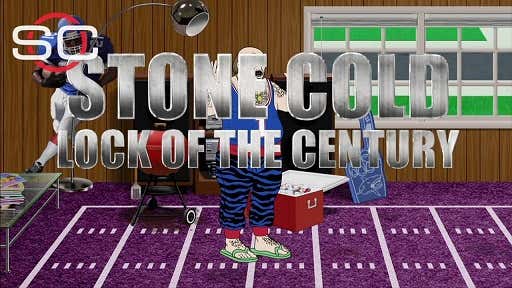 • EVERTON 2-1 Watford – Last weekend’s two most disappointing teams face off in a battle to avoid being put on suicide watch. (Is that being a little harsh on the Toffees? Meh, perhaps, they did after all scrounge a point on the road… but relative to expectations and given how lifeless they looked, I think its still fair.) The thing about this game – and last week’s yuckiness – is that a lot of the moves both teams made were late in the window so the new players are not yet fully fit and even if they are fit they aren’t fully acclimated to their new environs. That is especially true for Watford, which are again likely to be without their two biggest signings in Danny Welbeck and Ismaila Sarr, who will give the squad a lot more oomph when they are ready to go.

• N00BWICH 2-1 Newcastle – Despite getting their asses handed to them last weekend by Liverpool, the Canaries showed that they are going to score some goals this season. It is hard to tell if it was because the Reds are still a little rusty, but Norwich’s direct attack caused a lot of problems getting in behind Liverpool defenders who were remarkably good about never letting that happen last season. Not sure if it was a one-off or not, and I do think Joelinton will prove to be a useful signing, but I’m going with the n00bs in this one.

• Aston Villa 1-1 Bournemouth – These are two clubs about which I’m not sure what to think yet. Villa nicked an early one against Spurs then packed the box hoping to hang on… and almost succeeded. Bournemouth did not look particularly good at home against a Sheffield side that is predicted to be on its way right back down. More data points needed before saying much about either club at this point.

• Sheffield Utd 0-1 PALACE – Especially after he watched a lot of the Everton game from the bench, this feels like a quintessential “Wilfried Zaha reminding everybody why he could be playing at a bigger club but for some reason isn’t” type of game. 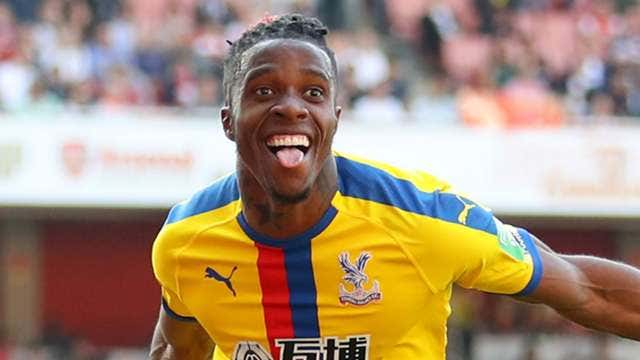 • CHELSEA 2-2 Lester – As mentioned above with Liverpool, teams are just starting to get back into the swing of things so a midweek trip to Eurasia can be a bit of a kick in the nuts. Add to that the fact Chelsea (and Liverpool) went into extra time and penalties before the game was decided… and the letdown of going through all that yet taking an L… just not a great way to prepare for a solid opponent – albeit on Sunday after an extra day. I didn’t love what Lester showed against Wolves but that very well could have been two good teams battling one another to a standstill. (Note: Even if my pick is wrong, I’m still calling it a win as long as The Babyjesus does things.)

I know what you are thinking. Why do we even care about these leagues. They are boring as shit since everybody knows what is going to happ—wait, wutttttt?

GERMANY – We got a serious American dærby on Saturday (8:30am CT) as Werder Bremen and Josh Sargent welcome Fortuna and Zack Steffen (and Alfredo Morales) to town.

SPAIN – You guys are NEVER going to believe this but Real Madrid are beginning the season as more of a walking, talking soap opera than soccer team. I know, I know, a shocking turn of events. They kick off the season visiting Celta Vigo who are fresh off an extremely disappointing 17th place finish in which they avoided relegation by a whisker. So check that out on Saturday (10am CT) but if you want a little higher quality stuff then restocked/retooled Atletico hosting Getafe – fresh off 5th place finish – on Sunday (3pm CT) may be your best bet.

MLS – As a well-known YOUGE proponent of all unions, I will personally be watching the Fire vs Union on Saturday (7pm CT) in a game the hosts need BADLY to try and snag a playoff spot… but the Western Conference is where most of the action is on Saturday at RSL/LAFC and Galaxy/Sounders face off in parallel ay 9pm CT), then Sunday we got a big intra-conference tilt with Hotlanta visiting Portlandia (9pm CT).

So there we have it. Big weekend. Got-DAMN it is good to be back. I legitimately missed y’all.