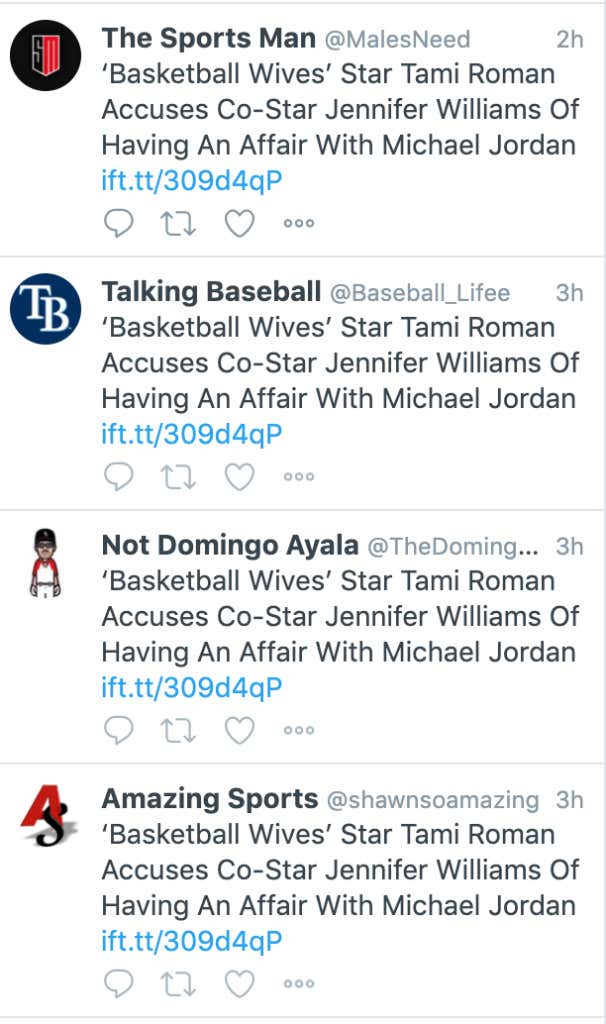 [Source] – “I had to step back like MJ. You was messing with MJ, let him hit it like a sansei. And yes I’m talking about 23, he was playing in the Chi when you let him give you the D.”

Now I’ll be honest here – I don’t know shit about Basketball Wives. I’ve heard of the show, but I couldn’t tell you who was on it or what it was about. Apparently (I went to Wikipedia) it’s exactly what it sounds like. A reality show surrounding former and current wives/significant others of basketball players.

What I do know is I’m always down to listening to diss tracks, accusations and throw in Jordan hitting it like a sansei and you have my full attention. Yeah, some other things were said in the diss track, which honestly I don’t know what it all means. What I do know is we have an accusation of Jordan having a mistress (no kidding). The song is kinda fire though.

Let’s follow along here. The person rapping is Kenny Anderson’s ex-wife. She’s accusing Jennifer Williams (who is Eric Williams current wife) of having that affair with Jordan. Again we’re talking about MJ. Am I supposed to be surprised that the wife of a NBA player wanted to sleep with him? Absolutely not.

Here’s the other thing. Jordan and Williams weren’t teammates – so we don’t have a Tony Parker (alleged) situation on our hands. She just wanted to let MJ hit it like a sansei – which is such a ridiculous line you can only respect it.