We have all at some point been the person in the room that everyone is making a joke about in their head while nobody actually says anything. I don’t care if you are the fat guy that stepped in the elevator right as the buzzer starts buzzing, the short guy that was told you need to come up big by a coach, or the guy that was infamously obsessed with his wife’s feet sitting in during a piece about toes.

No matter what the reason, everyone knows that hot feeling you get when you realize everyone in the room is thinking about you, resulting in you usually looking just like this. 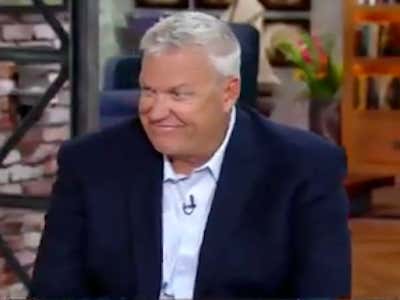 Every single person in the studio, working the truck, and watching at home was thinking about Rex’s pants getting tight at the mere mention of little piggies, regardless if they went to the market, had roast beef, or went wee wee wee all the way home. When you are the clear punchline in the room nobody is mentioning, you can either let everyone talk about it the minute you leave or just take it on the chin and own it. And that type of head-on attitude is why Rex’s defenses were some of the best the NFL has ever seen and how he could actually be one of the few coaches to ever go into New England and win a playoff game. Rex probably knew this moment was coming the minute Antonio Brown’s deep frozen feet hit the newswire a few weeks ago and he owned the moment. Sure the rest of the people on set acting like it was a vintage Chappelle’s Show skit killed some of the vibe and may have lived up to a clown nose shirt. But Sexy Rexy embracing his kink and using it to his advantage was beautiful to see, even if foot fetishes are pretty much the first base on kink in 2019. What a way to start a Friday.