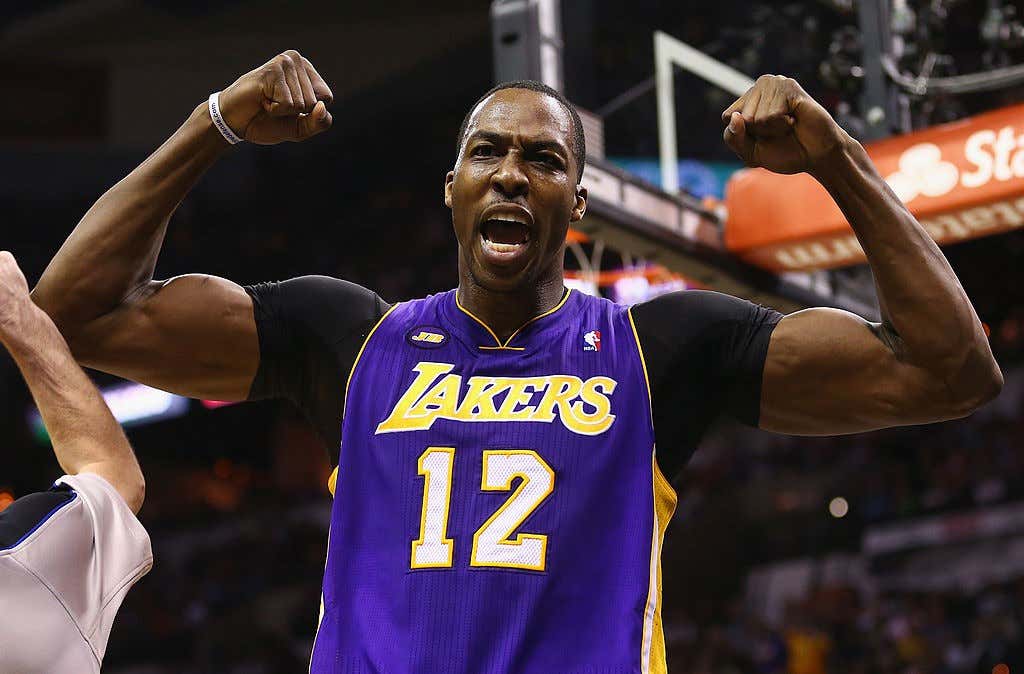 There’s no other way to say it, the Boogie news sucks a big ol’ donkey dick. To go from potentially signing a $200M extension with the Kings only to be traded to the Pelicans where he actually seemed to get his shit together only to then tear his achilles. Then he works his way back and shows actual signs of life in the playoffs for the Warriors but tears his quad because of an effort play. Now, fully healthy and on a team where he was going to have an opportunity to have a real role and contend, he tears his ACL. Woof. Even as someone who hates the Lakers with a passion, I feel for Boogie.

The challenge now of course is finding his replacement on the open market and folks, shit ain’t pretty on the free agent streets. As of now their only option really is to play AD/LeBron at the five or run JaVale McGee into the ground which nobody really wants, so let’s look at who is even out there that they could possibly consider.

Look I told you shit wasn’t pretty, there’s not a whole lot to choose from at the moment at the center position. Bogut is 34 and just came back to the states with the Warriors and played in 11 games. You know what you’re going to get with Bogut, and while he may be a little washed at this point he did play in LA during the 2017-18 season for 24 games. Sure they waived him in January but now they’re desperate. I’m pretty sure he hates them so I don’t know how likely this would be, but he’s a veteran guy who you may be able to snag for the minimum.

For my money, Faried has to be the leader in the clubhouse. For starters, he’s only 29 and once he got freed from Denver and into HOU’s system he became the manimal we all remember. His 12/8 on 58% shooting in 25 games is more than adequate, you don’t need to run plays for him so he won’t take away from LeBron/AD, and while he’s a little undersized for the position this would allow AD to move to the 4 and they’ll still have a monster on the glass. I’m actually surprised the Rockets didn’t keep him around, and he’s probably the best overall big still on the market

I can tell you from someone who has watched Tyler Zeller extensively he’s one of those guys who sounds OK in theory. Good size, soft hands, decent around the rim, stuff like that. But then you watch him play and you’re fascinated that a man who is 7 feet never seems to be able to rebound. If the Lakers want a guy who will do nothing but set screens, maybe get some easy buckets here and there and won’t cause drama. Zeller is their man.

It feels like Amir has been in the league a billion years, but he is only 32. Much like Zeller I’ve watched my fair share of Amir Johnson and he brings you a similar set of skills. Yes, the Raptors sort of exposed him in their playoff series last season but the Lakers can’t be picky at this point. He gives you a veteran presence who isn’t completely terrible at defense, can even stretch the floor from time to time which would help.

Ok stay with me here. Technically he’s on the Grizzlies roster but it’s only a matter of time before they release him. With all the young talent they have at that position they really don’t have a need for him. Now he is 33, but basically had all of last year off so he doesn’t have the same miles as your typical 33 year old, and yeah his previous LA tenure didn’t end all that well, but I need this to happen. I’d put it at a 0.5% chance even if he did hit the market because there’s no chance LeBron wants to bring in that sort of drama, but there’s no denying that when Dwight plays he’s basically a lock for 14/10 at this point.

He’s old as shit at 36, but he did play 42 games for the Rockets last year so at least we know he’s a living, breathing NBA player. Almost everything he was once really good at has diminished, for example he hasn’t had a REB% over 14% since 2011 and while he’s a big ass dude that can take up space, I don’t know why he hasn’t just hung em up. Part of me wants this to be the Lakers choice simply for the comedy aspect of it, but it doesn’t get more washed up than Nene.

As you can see, this is basically a blog filled with hot trash at the center position. But seeing as how the only center on their current roster is JaVale McGee, the Lakers have to do something. In terms of big man depth there’s Jared Dudley, but that’s not all that great either because that would mean more minutes for AD at the five. It’ll be interesting to see who LeBron chooses because it’s not like they have a ton of assets available to make a trade, and with how competitive the West is they can’t really afford to leave this spot open and hope someone becomes available in February.

If it’s me,  say fuck it and find a way to get Dwight out of MEM and back to LA. The drama around that alone would make it worth it.