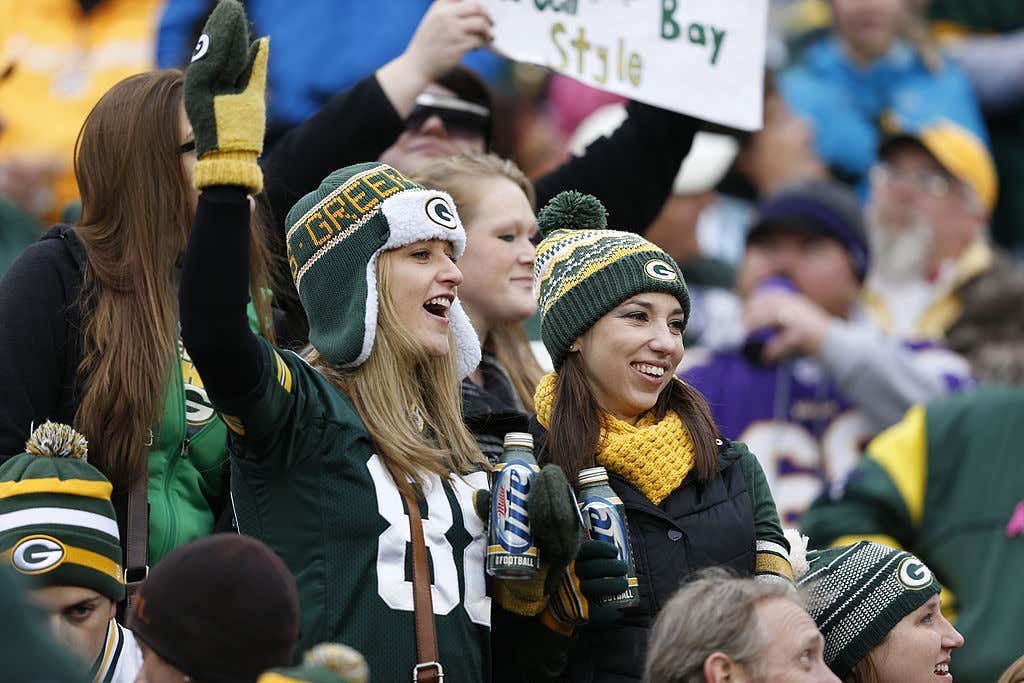 Aaron Rodgers was asked Wednesday about the horn and suggested a different approach.

“I’m up for anything that’s gonna get the fans as loud as possible,” Rodgers told reporters. “Maybe slash some beer prices or something, would be a good idea.”

Ah yes, because everyone knows Wisconsinites need help getting drunk.

Beer prices at Lambeau are just about on par with the rest of the league. Last year, a 16-ounce cup would run you $8.25, the 12th-cheapest brew in the league and eight cents above the league average of $8.17. On a per-ounce basis, though, Lambeau’s beer was the 15th-most expensive in the NFL at 52 cents per ounce.

Aaron Rodgers is a smart man. He went to college. He’s well versed in the world’s hot topics and gives calculated, well thought out responses to all questions that are presented to him. I would take his word on just about anything. When QB1 says we should slash the prices on beer to get the fans louder, you slash the goddamn prices on beer.

Lambeau is going to try out this really loud fog horn on 3rd down this year. If we’re being honest, this thing stinks. Aaron knows this stinks.

The answer is beer. Now you may be wondering, don’t the great fans of Wisconsin drink enough beer? I mean they literally have people pay families $20 to come into their homes and drink all of their alcohol. That’s how you tailgate for a Packers game. It’s unreal. Well, in the words of Stone Cold Steve Austin, you can always use more beer.

We don’t need to pump in fake crowd noise like in Atlanta or Seattle. Just lower the prices and get everyone blackout drunk. That brings noise. It’s science.