To clarify - when I say "killer" I mean it like the 80's way of saying "awesome", and when I say "robot" I mean "human guy, but with a TV on his flippin' head!!!!", so that was not an attempt at clickbait at all, but more of a flex of my artistic expression. And now, for your moment of Zenith…

Residents living in a Virginia neighborhood woke up to find free televisions on their doorsteps. It sounds like a great gift until you see the older box sets left at the homes. "He's committed to his trade," said homeowner, Jim Brooksbank. No need to adjust that dial. Doorbell surveillance cameras captured the man with a TV set over his head, laying an older set down on someone's front porch and just walking off. The bizarre discovery happened Sunday morning in Henrico's Hampshire neighborhood. Outdated boxes were found at more than 50 homes. "We got an old tube-style TV, 13 inch," said Brooksbank. "I thought my son brought it home, but apparently not. They had way too much time on their hands if they had all these TV's and spread them all over the neighborhood," said homeowner, Michael Kroll. Henrico Police are tuned into the situation. They have security camera video from multiple neighbors, but think it's only a prank targeting no one in particular. "At most this seems to be more an inconvenience to the community," said one officer.

First of all for any youngs reading this, 'tube TVs' were thicc bois with vacuum tubes inside, & they needlessly weighed 1,000lbs, & if you adjusted the antennas just right you might be lucky enough to catch some hot nipple action through the static of the Spice channel. 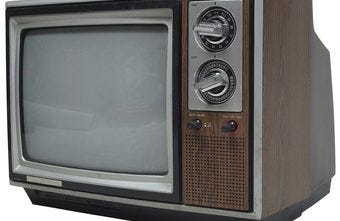 Though there was a mix of TVs both older & newer than the example above left at people's homes, they were all probably a huge pain in the ass for the local police force that had to go around picking them all up. No doubt they want to catch the Johnny Appleseed of dusty-ass TVs & put a stop to it, and at first I thought it'd be easy to narrow down who in the community was the culprit… Like really, how many people could possibly be into wearing outdated junk on their heads? 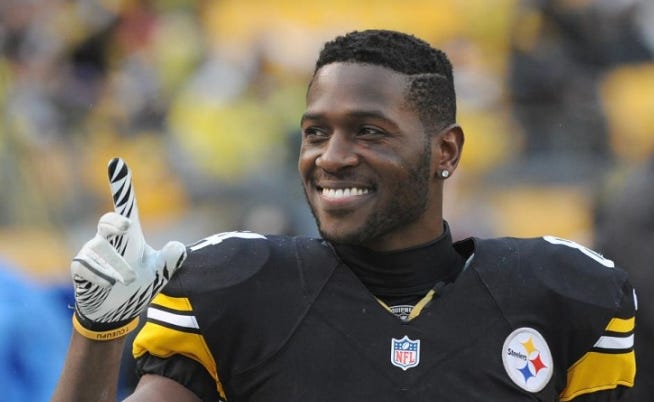 But really, it turns out a lot of people are. And 'Object head cosplay' is very much a thing. There's an online magazine dedicated to 'Object head' art, and no shortage of tutorials on how to replace your head with an every day object, especially TVs… In fact, there's a hot market for them on sites like Etsy. 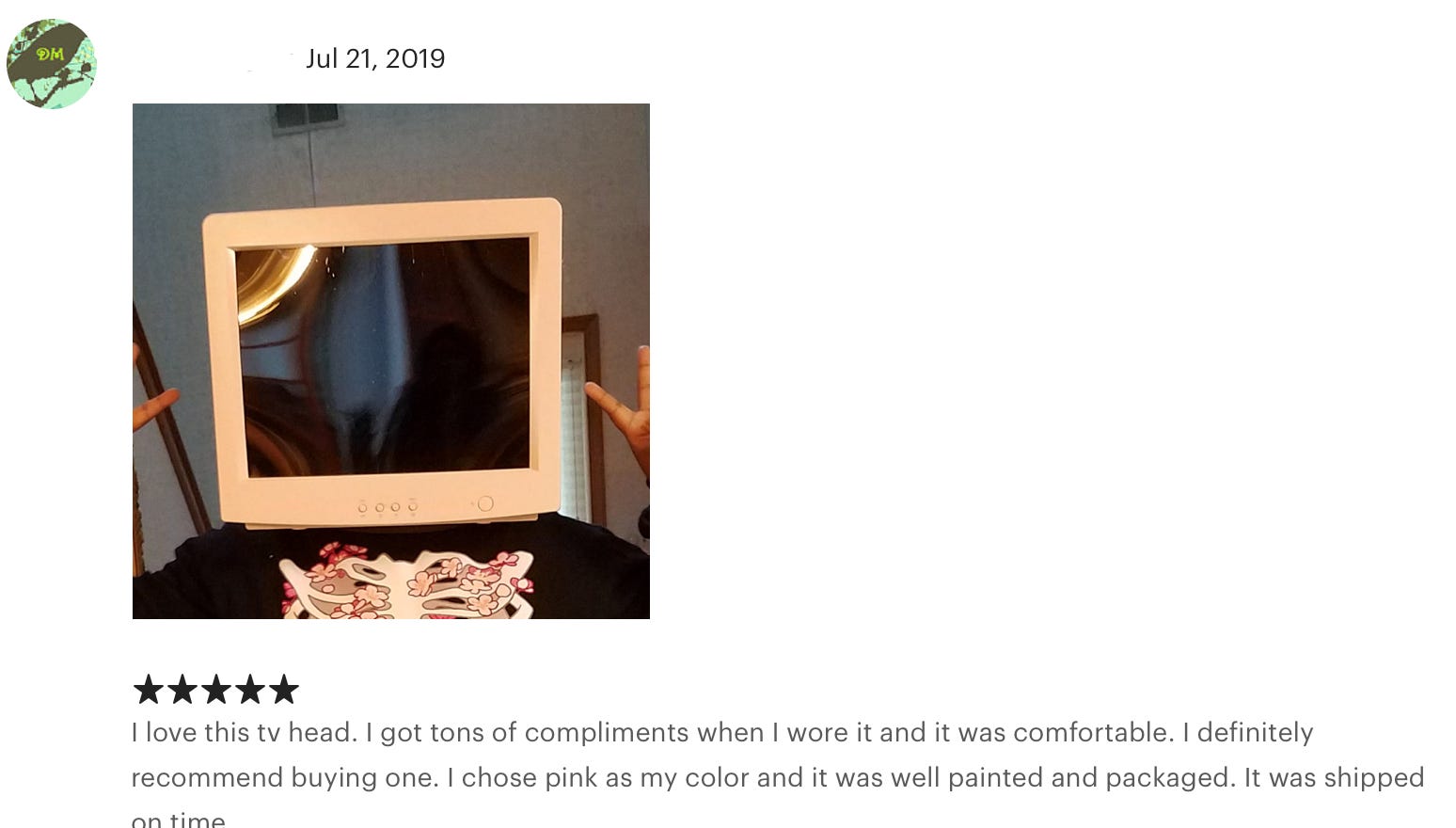 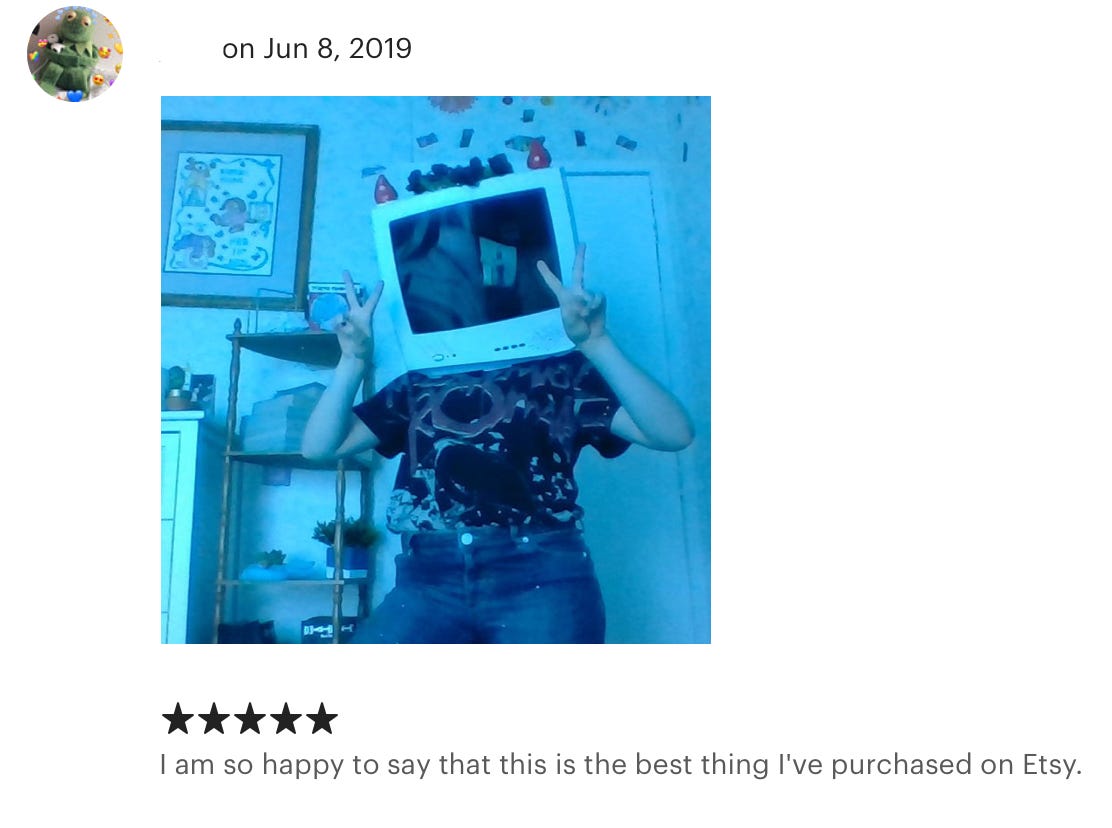 So with all these TV-heads running around out there, who knows if the culprit will ever be caught. Hopefully the TV robot guy doing this finds themselves a partner, settles down, and has smaller, more modern & advanced children to leave on people's patios. 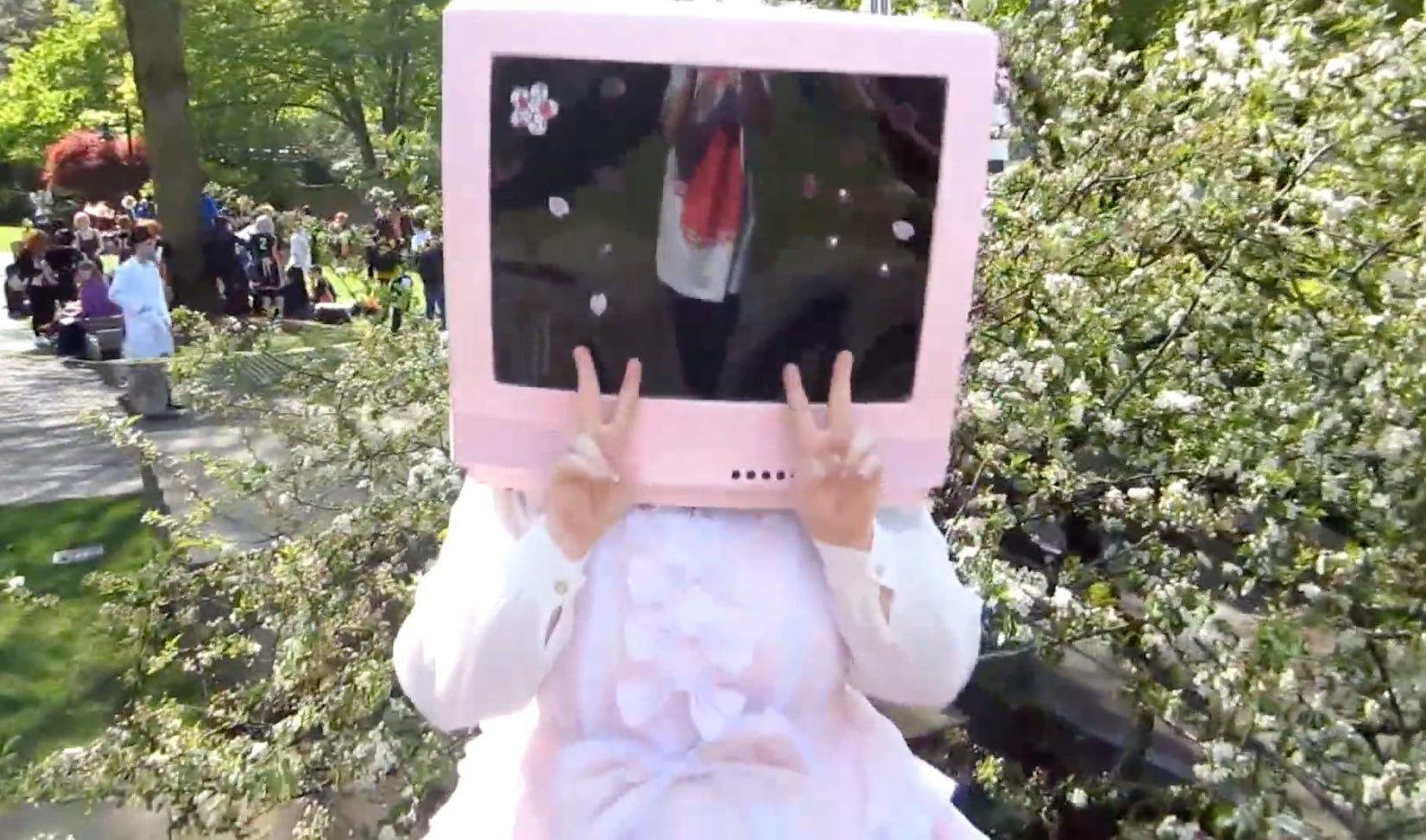