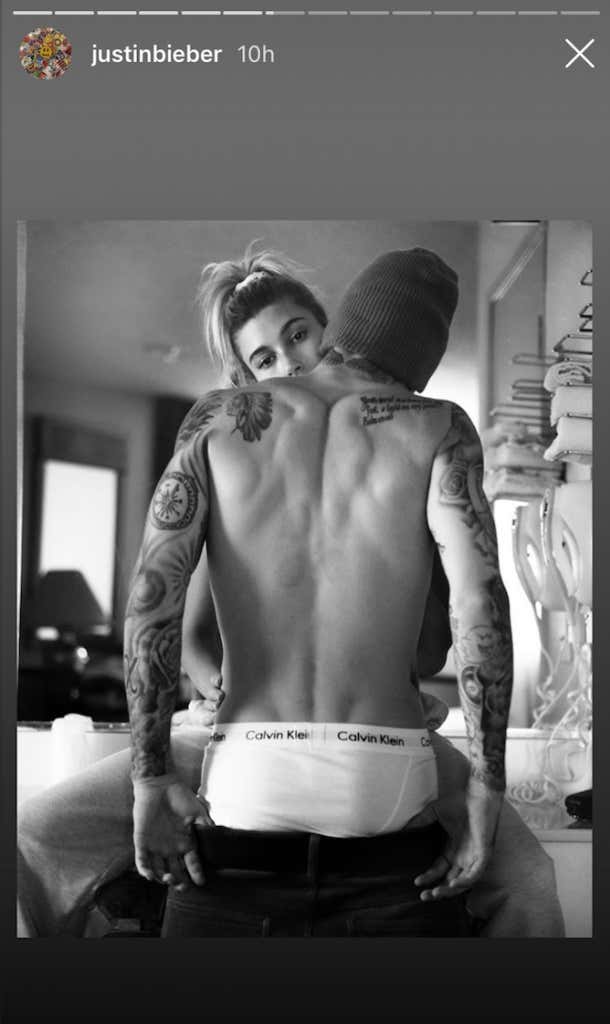 I haven’t stopped staring at this all day. My entire day has been derailed since I saw it.

I don’t know if it’s his back muscles, his tattoos, his Calvins, how hot Hailey Baldwin is or the fact that you KNOW they have unreal sex… but I am here for all of it. It’s so easy to see naked people these days on the internet that I’m desensitized. I don’t need the full blown thing. Give me this type of stuff 10 times out of 10.

And by the amount of DMs that I’ve gotten, I’m not alone. 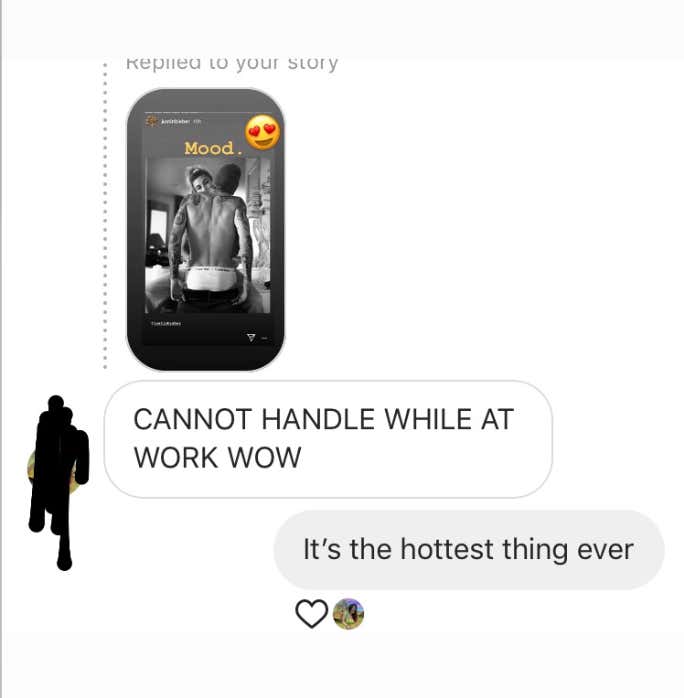 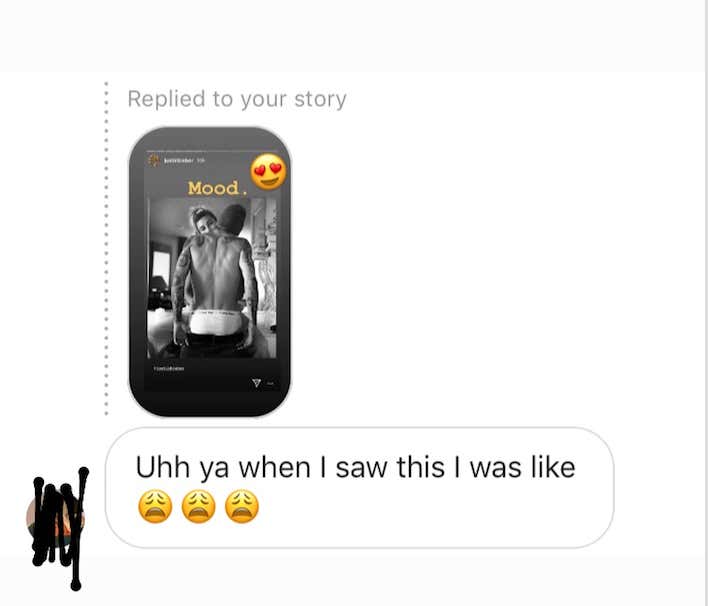 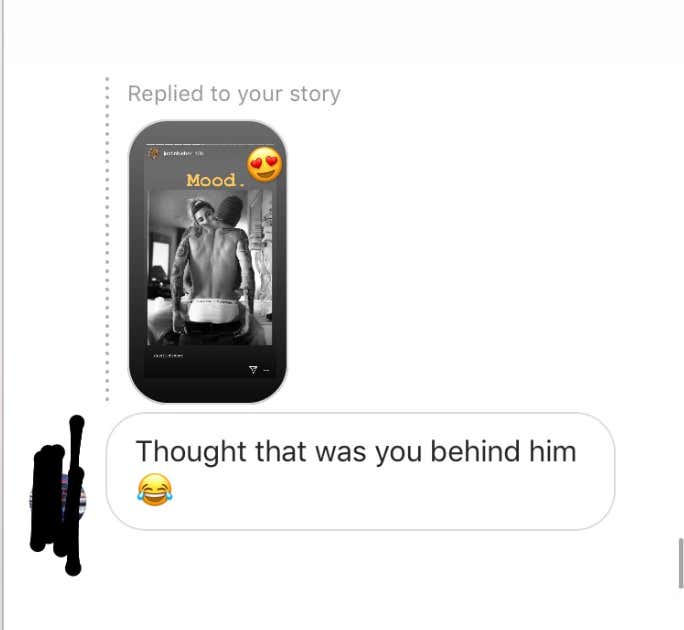 PSA: The last screen shot has nothing to do with somebody thinking it’s hot, but it may be nicest thing anybody has ever said to me so I had to include it.

Even when he looks homeless, Justin Bieber always puts asses in seats. I mean his “Purpose” phase is the stuff dreams are made of. It was perfection.

Humble brag: One time he favorited my tweet and I think I simultaneously combusted. I didn’t stop talking about it for weeks. 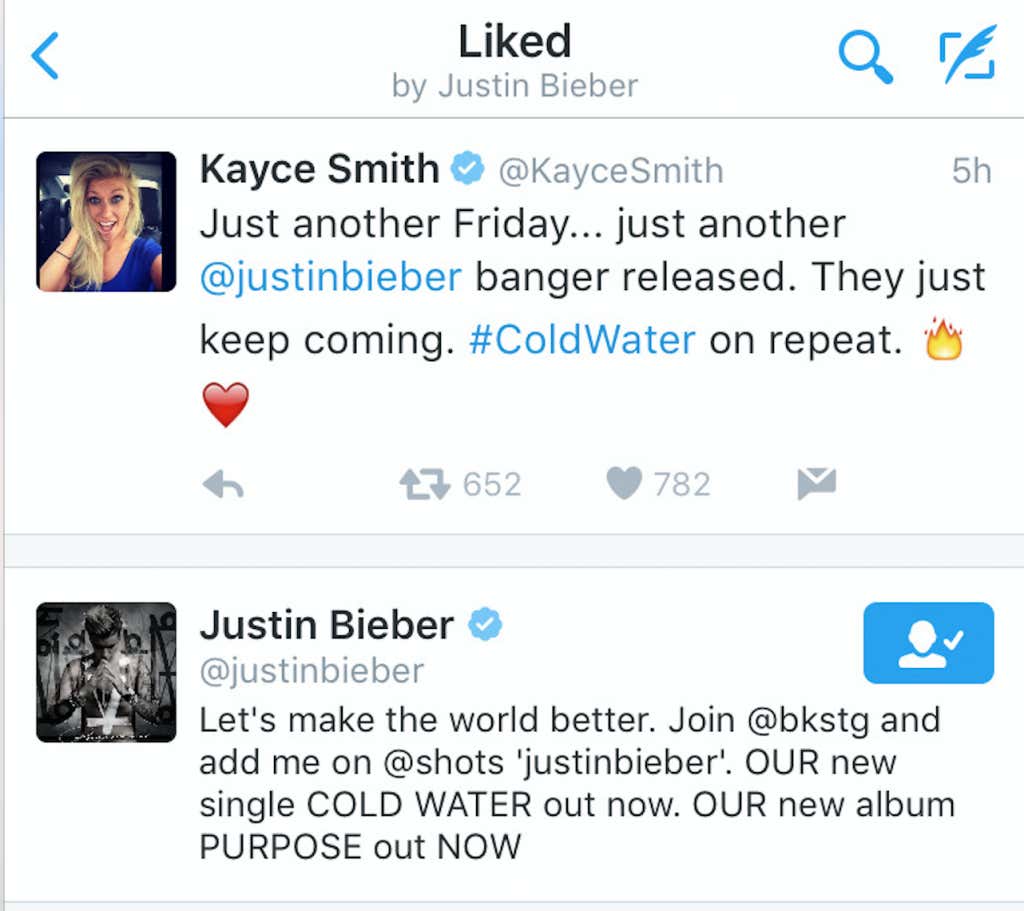 Probably a highlight of my life tbh.

And obviously, I’m definitely not alone in my Bieber obsession. Let’s not forget that Dave has gone off the deep end for him for years.

Everybody with a brain loves Justin Beiber. It’s just facts. And if these recent pictures tell me anything, he’s sooooo back.

I wasn’t a gigantic fan of Hailey getting to be the queen to a king like him, but I once sat three rows behind them at church here in NYC (no big deal) and I’m truly coming around to the idea that they’re perfect together.

So ya, I won’t be thinking about anything but this all day now. I need a cold shower.

Here’s some hot pictures of his wife for you guys to make it worth your time.