QB1 is back people! The polarizing Netflix show that follows three star high school senior QB's juggling their final year of high school football while getting ready to go off to play at a Power 5 D1 school the next year. This season follows Lance LeGendre (Maryland), Nik Scalzo (Kentucky) and five-star Spencer Rattler (Oklahoma).

The first two seasons of the show does a great job of depicting all the highs and the lows of being a star QB in the social media era from high profile guys like Tate Martell and number 1 player in the country Justin Fields, all the way to 3-star QBs like Sam Hartman and Tayvon Bowers from South Carolina and Pennsylvania (both ended up at Wake Forest). We've seen guys like Jake Fromm turn into college football superstars and a future NFL 1st round pick and we've had guys like Re-al Mitchell who we've never heard from again because he's a loser and he sucks. But I don't even care about their performance on the field. When I'm watching QB1 all I'm thinking is who is the guy that I would have been friends with in high school? Who's the one I wouldn't mind sitting down at a bar and having a few beers with. So without further ado, here is my QB1 rankings based on who I'd most like to have a beer with. 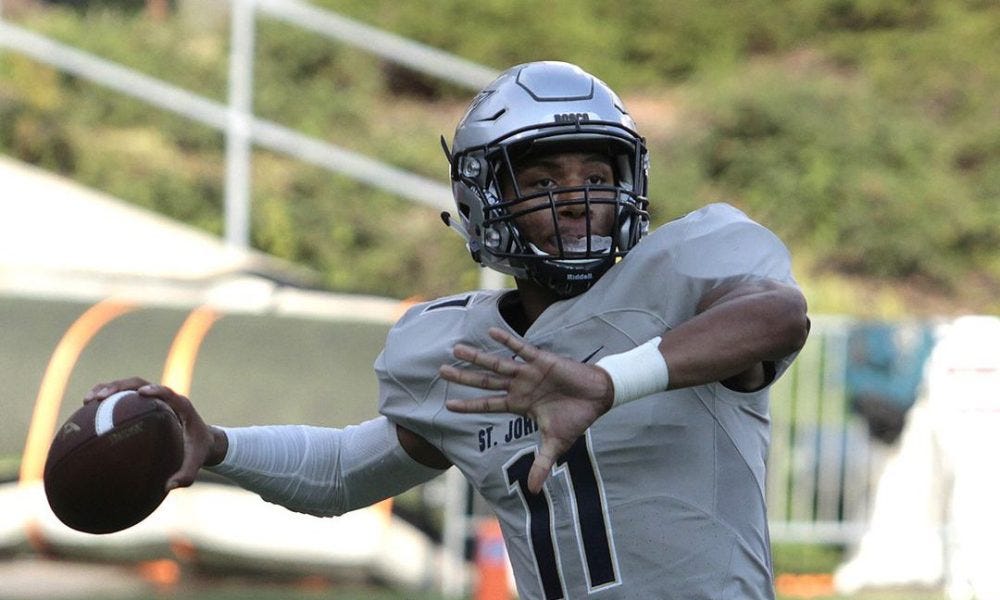 This was the easiest decision I've ever had to make in my entire life. Re-al Mitchell is just brutal to watch. He's super awkward, super corny and you can tell all his teammates think he's a weird goofy fuck. He got cucked by a sophomore who was 100x the QB he'll ever be. The kid is so bad he had a camera crew following him around for an entire season for a documentary and couldn't even keep the starting job. He didn't take care of the football, couldn't rally the troops, and blamed the Offensive Coordinator for his dog shit play. It's no coincidence they couldn't move the ball against the Washington DC team and then the second the backup goes in they score twice and win the game.

There's no chance Re-al Mitchell even drinks beer. I mean this weirdo is from California, runs a 4.4 and had every offer in the book, and he chooses to go to Ames, Iowa?! I'll pass on a beer with this guy. He'd probably take one sip, make a weird sourpuss face and then I'd need to call in a backup to finish the beer. Last on the list and the decision was a breeze. 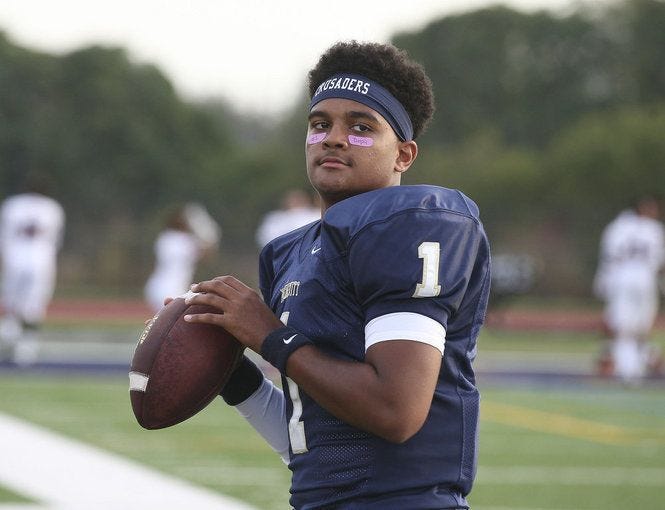 I wanna preface this by saying I like Tayvon Bowers. I think he's a respectful, good kid with a good head on his shoulders. Almost maybe too good of a head on his shoulders and that't why he's only coming in at 5 on my "Have a Beer With" power rankings. He's had the same friends since he was a little kid which sends me a strong signal that he's a solid, loyal dude. You don't keep the same friends for 10+ years if you're not a solid guy. The kids got a lot of great qualities. The only problem is that he's an absolute snooze fest. When it was his part of the show he was so quiet and so boring for big stretches. Low energy Tayvon some were calling him. Good guy, but if I'm at the bar for a drink I need someone that's gonna match my energy. Not someones who's gonna wish I could put my head on a pillow. Next. 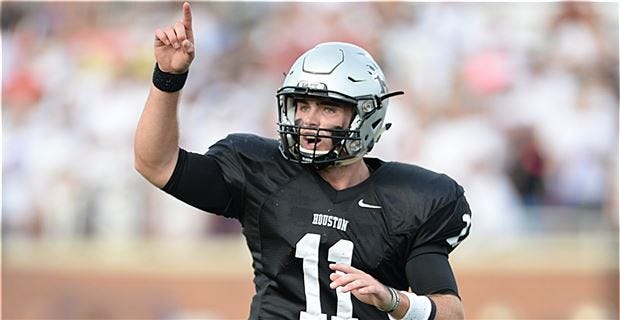 The most successful of the QB1 alums comes in at number 4 on my power rankings. I could see a lot of people having him much higher on their list. He's a guy's guy. He loves to play sports, hunt and is super competitive. But his competitiveness may be his biggest fault. In one of the episodes he loses a game of ping pong against his brother and selfishly shatters the good paddle at the house. Anyone who has ever had or even been friends with someone with a ping ping table knows theres always one good paddle and that one is held sacred you can't go around breaking the good paddle in a heat of rage because you lost. That's just a selfish move and makes me think he's weirdly over the top competitive. I don't need the guy im having beers with trying to have a chug off for every single beer and then breaking the glass after I smoke him. It always leads me to believe he's one of those drunks thats gets super aggressive and handsy and no one likes THAT guy. Everyones having a good time and big ass Jake Fromm is out here putting dudes in headlocks while we're just trying to enjoy a couple cold ones. That's not it chief. 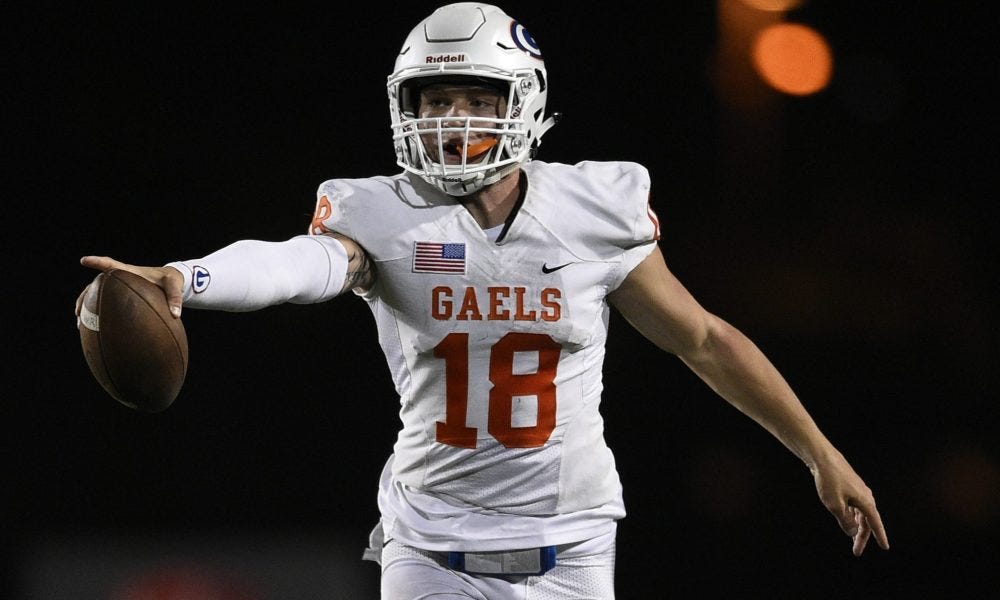 I have a feeling I'm gonna catch a lot of criticism for having Tate Martell this high on the list but there is legitimate method to my madness here so hear me out. I've watched every episode of both these seasons probably five times through. At the end of the day you could say a lot of things about Tate Martell. He comes from money and is spoiled. The scene of him in the car dealership begging for a new car when he already drives a BMW is cringeworthy. Other than that I saw a lot of good from him. The main thing that took out to me was that his teammates all absolutely loved him. He broke their balls they all looked up to him and respected him as a player and as a guy. You could tell he was a guy that had rallied their respect and was an absolute gamer on the field. In the big game against St. Thomas Aquinas in multiple OT's he ran over to the couch after a score and said lets go for 2 and ends it right now. The coach believe him, they punched it in for the walk off win and it may go down as one of the best games in high school football history. All on national TV. Big time players make big time plays in big time games and he came thru for them on the big stage. He also went to a party in one of the episodes where they were 100% drinking beers from solo cups hanging out with all the good looking girls from school at one of his super rich friends pools. If you're a top recruit thats never lost a high school game, beating all the best teams all over the nation and have accepted a full scholarship to play QB for THE Ohio state University, that's exactly what you should be doing. Gimme the guy thats chilling with hot girls and slugging beers after a big win. He gets a bad rap but I thought he actually was a pretty cool guy who had a crazy amount of hype and clout at such a young age. We also were former peers as Ohio State students and frequented at the same bars and some social functions. Can confirm Tate Martell is a big Corona guy so we've technically already had beers together. 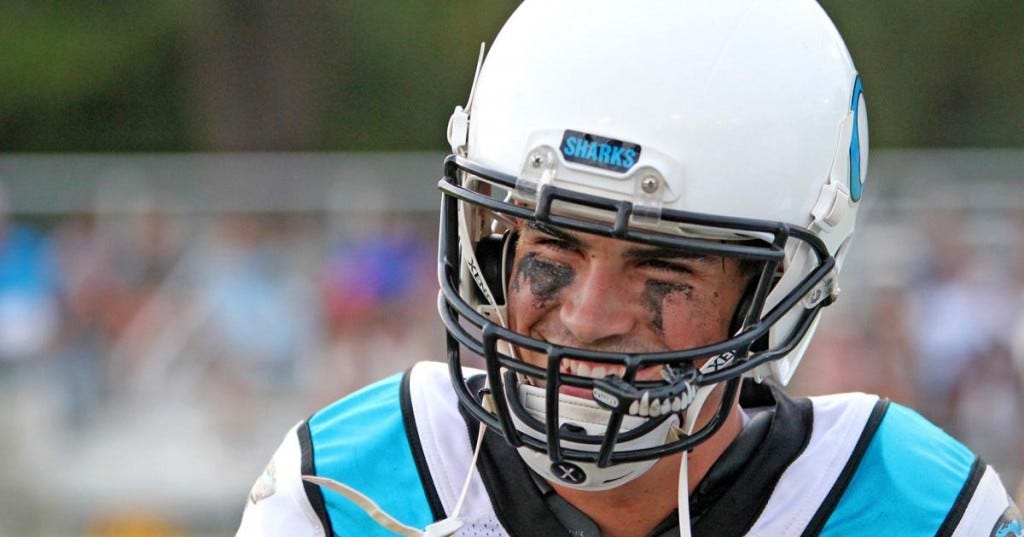 Sam Hartman is a bonafide stud. He followed his football mentor Chad Grier from North Carolina down to South Carolina to play for a team that had never won a game in the history of their program. He instantly came in and changed the whole mentality of the team and the program. He has a very joyous and infectious charm and personality that was able to rally a brand new team and lead them to be a strong team in their conference. A few thoughts on him I had on a personal level were how cool laid back and cool his relationships were with his friends and girlfriends. It was always breaking balls, jokes and laugh and that's exactly what you're looking for when trying to find a solid guy to sit down and chop it over a few beverages. Not to mention he's a big time Stoolie with a Viva La Stool sticker on his car and Barstool flags in his bedroom. He's just the common dude that loves to break balls and go hard on the football field. You gotta respect that. And he made some all-time comments that made me fall in man-love at first site. One was when he told his brother he couldn't fuck with Physics because it's too serious and if he had to do Physics for even a day he would run out of class, hop on a boat and drive far away. I love the water so I dig the cut of this guys jib. He also made a crazy move to score a TD and told his teammates it felt like he was "pushing madden buttons his his head but doing it in real life". Absolutely electric. I'd love to sit down on bar-side and have a couple drinks with Sam Hartman anytime. Did I mention he's a Stoolie? 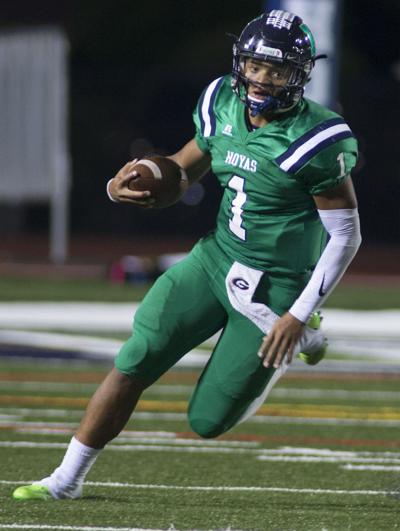 This ranking definitely without a doubt 100% has absolutely nothing to do with the fact that Justin Fields is now MY Quarterback at THE Ohio State University. Nothing at all. But he's just a cool guy. He's super humble. His teammates loved him and he took responsibilities for his mistakes on the field. When he fumbled and the team lost he was the first guy to stand up and say the loss was his fault. Thats the kind of QB I'd want to go to war for and that's the kid of guy I'd love to sit down and have a couple brews with. Not to mention he can cut some god damn rug. You get up in front of the entire team and put on a show like this? I'm all in in you.