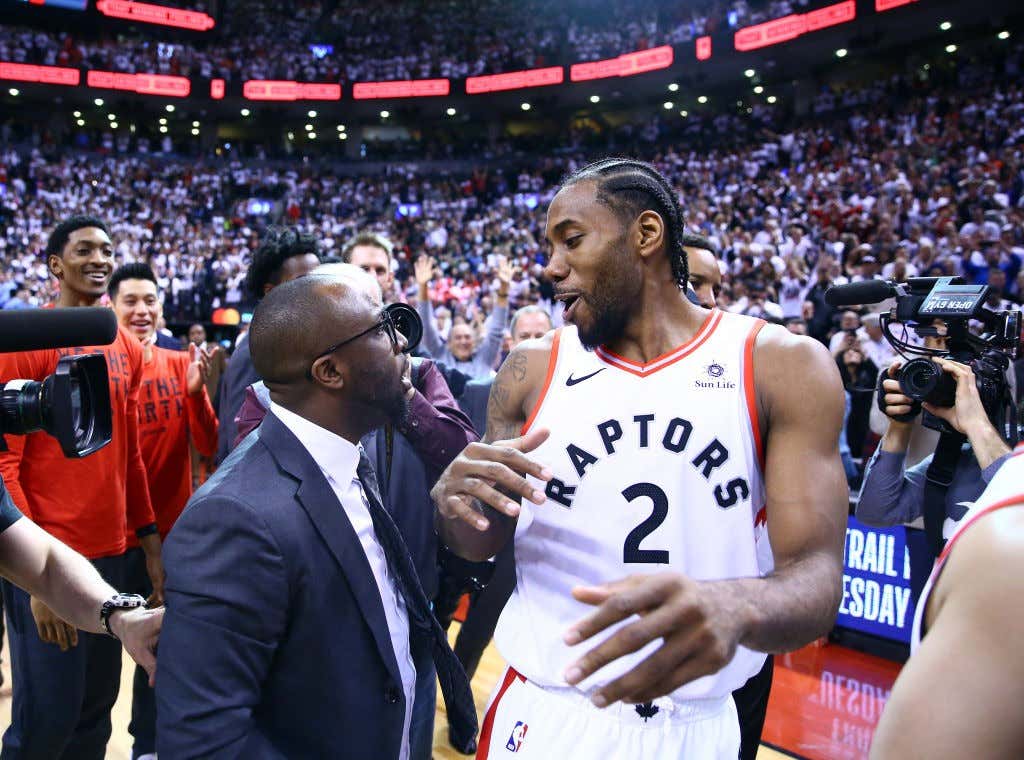 Remember those reports about how Kawhi’s camp made all these outrageous requests from teams during his free agency? While we don’t know the specifics of what his Uncle Dennis was asking for, one thing we do know was that part of the discussions had to revolve around Kawhi’s longtime friend Jeremy Castleberry joining the coaching staff. This isn’t new by any means, the two are basically life long friends and former teammates, he was on the Spurs staff, and then once Kawhi got traded to TOR the Raptors brought him in most likely in an effort to get Kawhi to stay. It only makes sense that now the Clippers do the same because remember Kawhi technically is only locked up for 2 seasons. If Kawhi wants his buddy on the coaching staff then you put this guy on the payroll no questions asked.

It’s important to note though that this isn’t just some regular guy that all of the sudden is an NBA coach. He coached the Spurs G League team, then became a video coordinator and player development coach. He did the same with the Raptors so it’s not as if he’s just a guy riding Kawhi’s coattails. Kawhi has been pretty open about having people like Castleberry around wherever he plays, so this is really a no brainer move by the Clippers. Granted I’m pretty sure they said yes to every single request Kawhi’s camp made, but at least this one actually makes some sense.

As long as the Clippers win and Kawhi has his guys around him, there should be nothing to worry about in 2 years when he can opt out of his current deal.  Safe to say the Clippers probably don’t make this move if Kawhi ended up somewhere else, but I’m pretty sure Steve Ballmer won’t even feel whatever this dude’s salary ends up being so it’s a win/win for everybody.

Looking back it’s pretty bullshit that none of my high school teammates ever made it to the NBA. Feel like my entire life could have been different and I could be raking in some sweet sweet Ballmer bucks. Oh well.