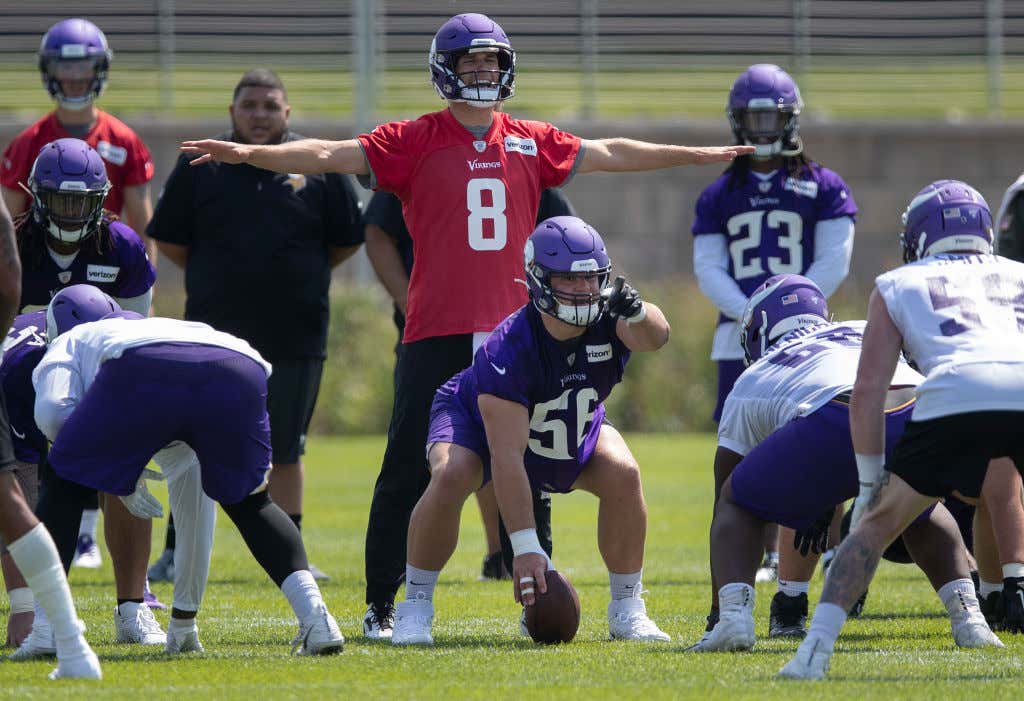 You think about all of the greats who have played the game before. Steve Young, Joe Montana, John Elway, Terry Bradshaw, and then of course you have Tom Brady. These guys all got to where they’re at today in NFL history with a ridiculous amount of talent, sure. But they also got to where they’re at toady in NFL history by touching a ton of sweaty asses.

You think about the sacrifices that everybody on that football field needs to make in order to become a Super Bowl champion. It takes sacrifice from every single player in that locker room. Some guys need to play injured. Other guys need to give up some playing time here and there. And some quarterbacks need to be perfectly content with receiving the ball under an ass that would put the Florida Everglades to shame with how damn swampy they are. But unfortunately for the Minnesota Vikings, it doesn’t appear that they have that type of player standing under center.

Not only does Kirk Cousins not just deal with his center having an outrageous case of swamp ass, but he also goes out and tells the media about it. Listen here, Kurt. Not sure if you know this or not but it’s summer. And in the summer months, it’s hot as shit outside. And for some of us folks, we end up looking like we just swam 50 laps in an Olympic sized pool when it’s hot as shit outside. It’s a medical condition, you prick.

And what would you prefer? I mean if your center isn’t literally sweating his ass off, that means he’s not out there working hard. Do you want a lazy center just so you can touch a dry dumper? It just seems to me that if Kirk Cousins really cared about being great, then he’d look at putting his hands under another man’s sweaty ass as a badge of honor. But I guess that’s just not the legacy that Kirk cares about leaving behind.