There’s a ton to go through on the subject of Blake and Caelynn and what unfolded on Bachelor Paradise last night but also what happened between them leading up to Stagecoach, during Stagecoach and then leading up to BIP.

Let’s start here, if you aren’t all that familiar with the show, Blake and Caelynn hooked up at a music festival and, according to Caelynn, Blake told her it was a mistake and didn’t want her to tell anyone about it.

In the moment, it looked really really bad for Blake. He looked like a ginormous, scummy asshole who was hooking up with everyone (all of that is true). It looked like he hooked up with Kristina one night then hooked up with Caelynn the next night (again, true) and then tried to spin their hook up as a mistake and didn’t want Caelynn to tell anyone about it. Not great.

So then after all that unfolded, Blake took to instagram last night and posted these messages 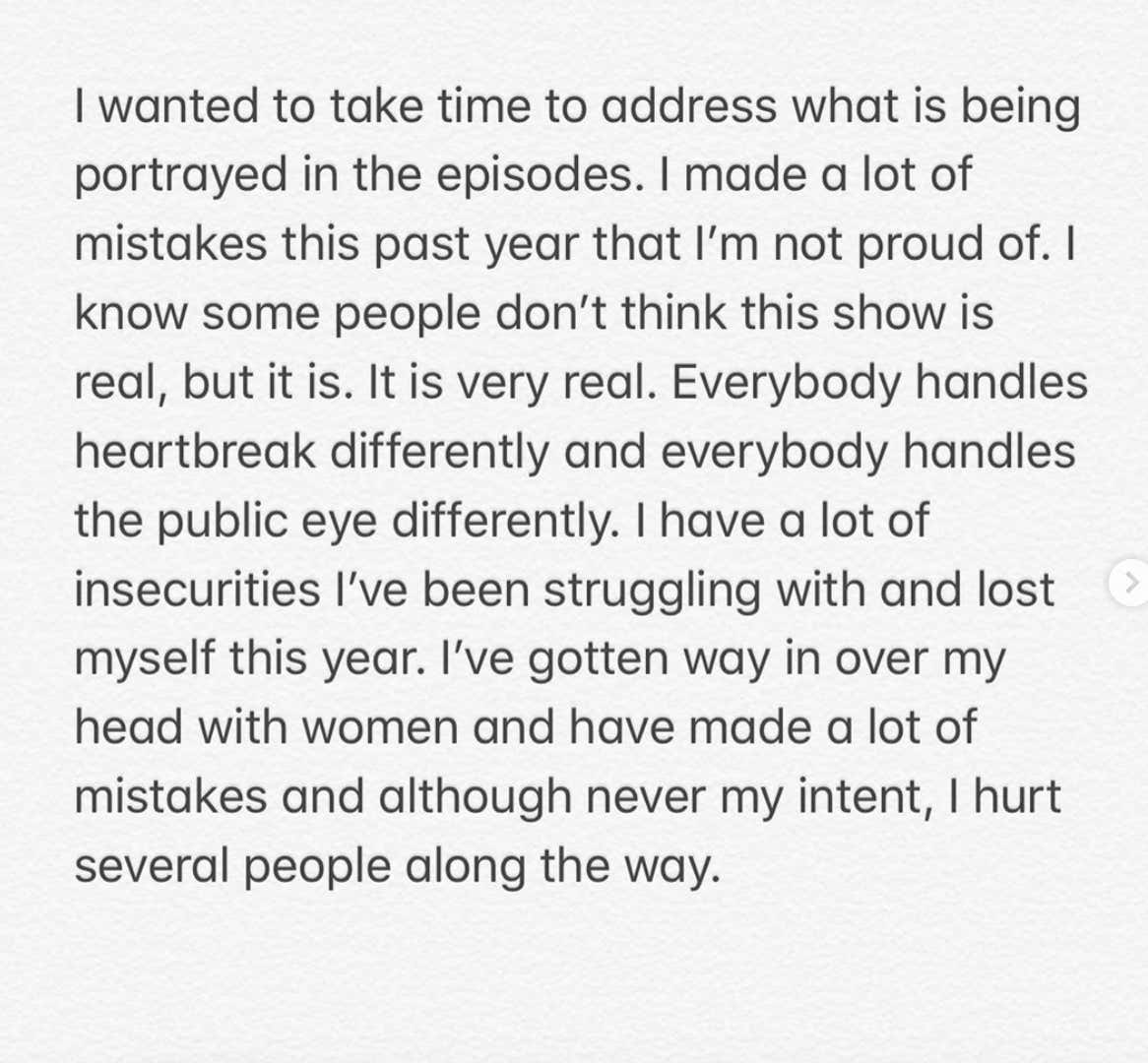 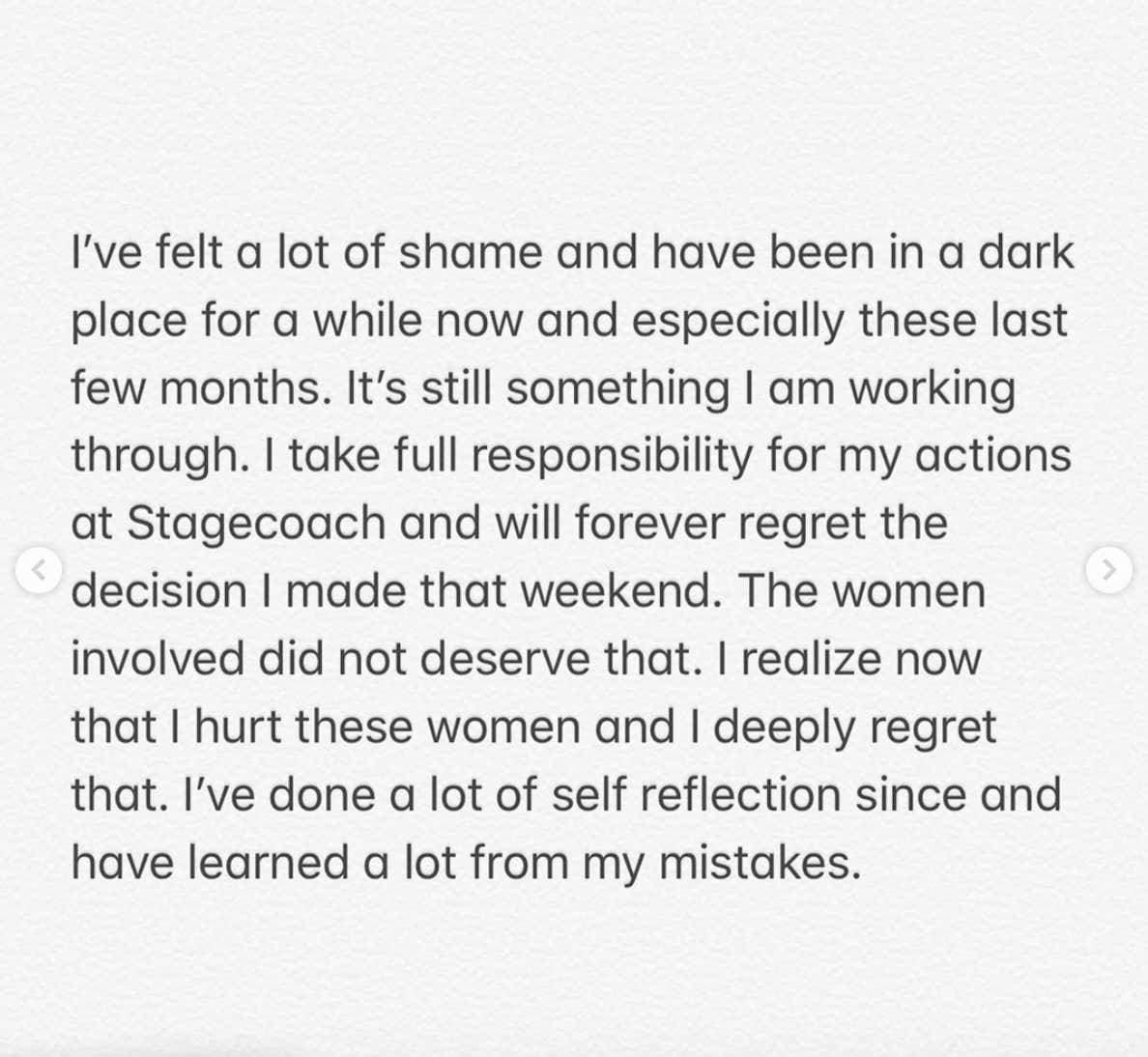 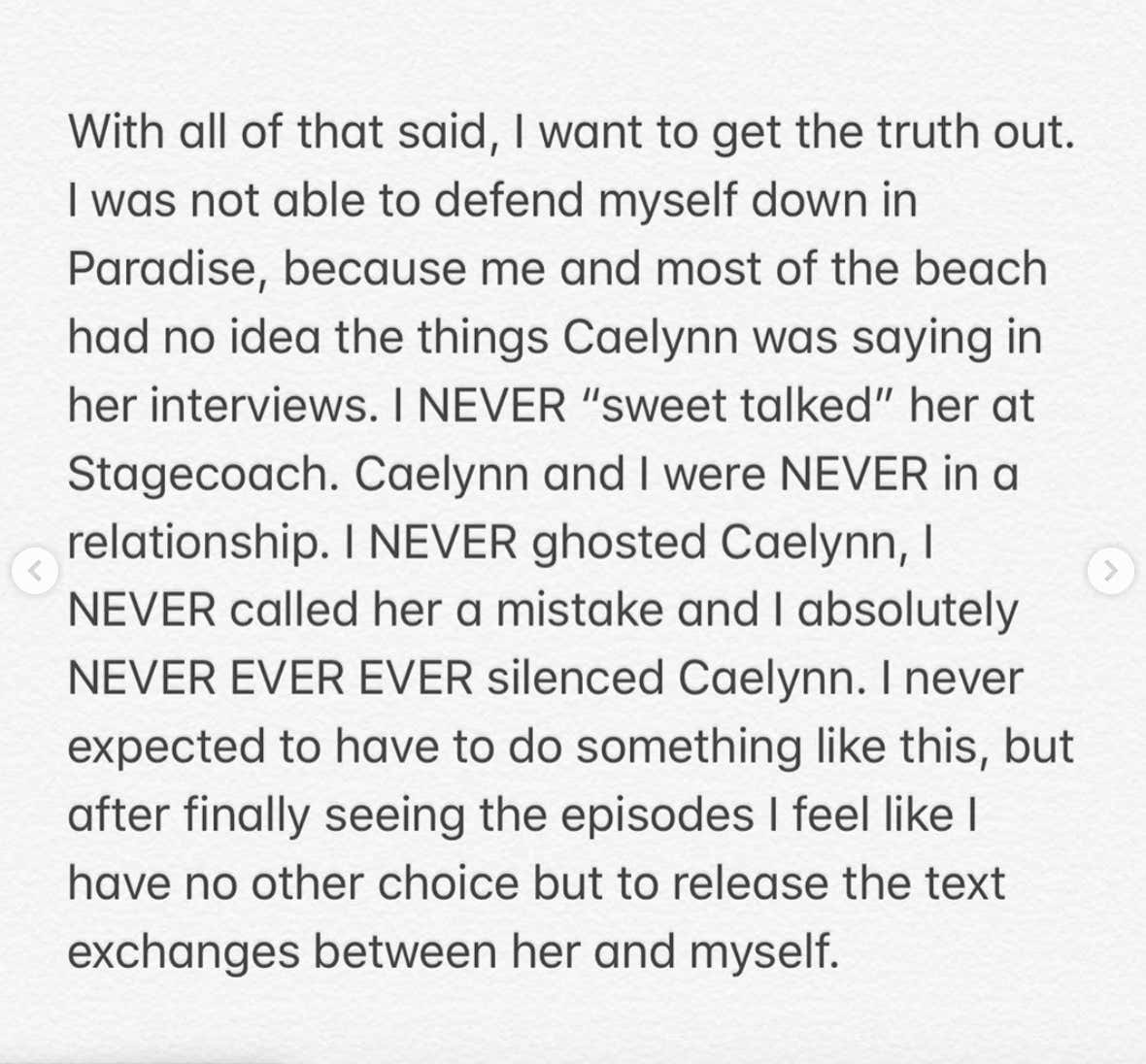 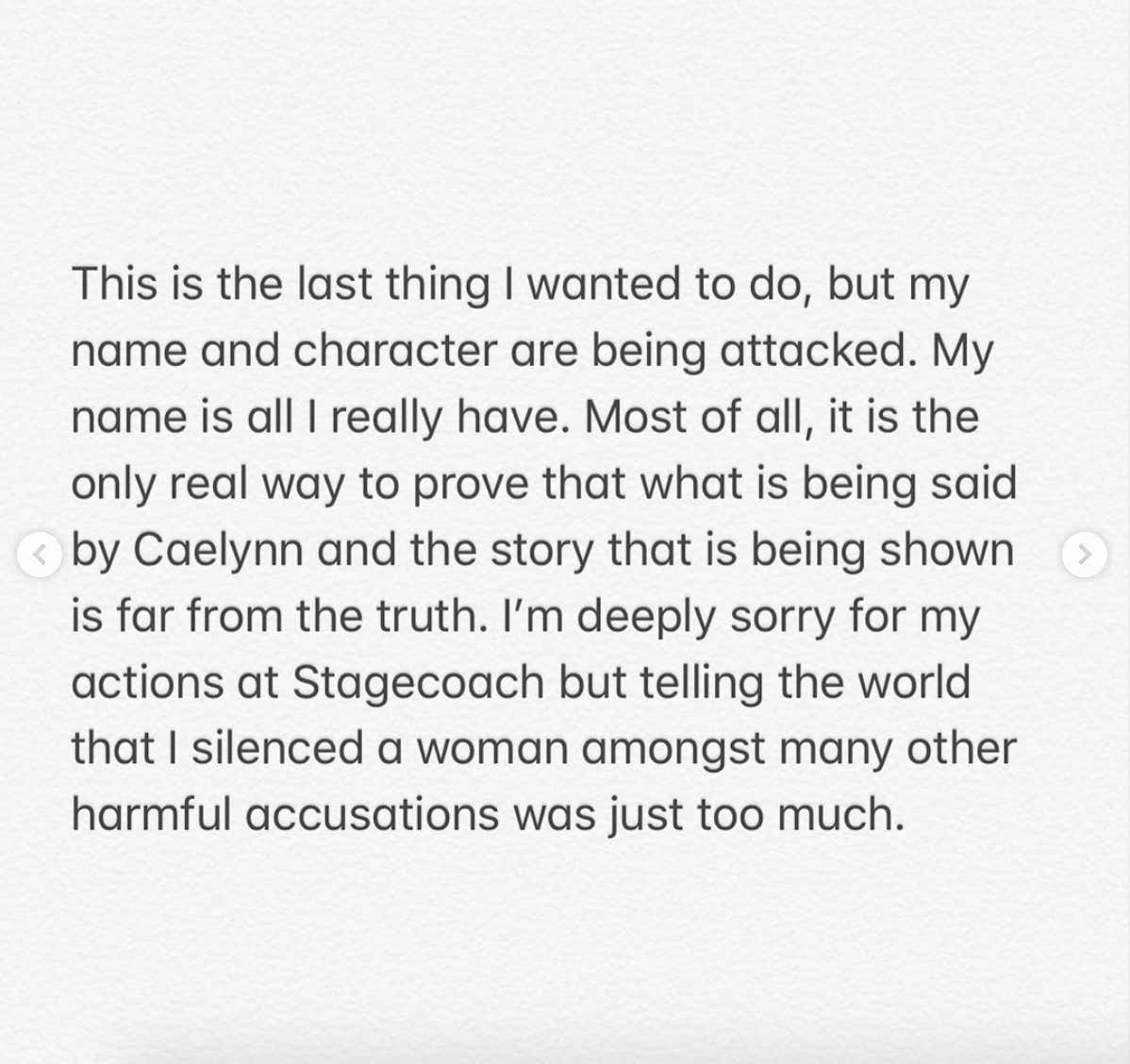 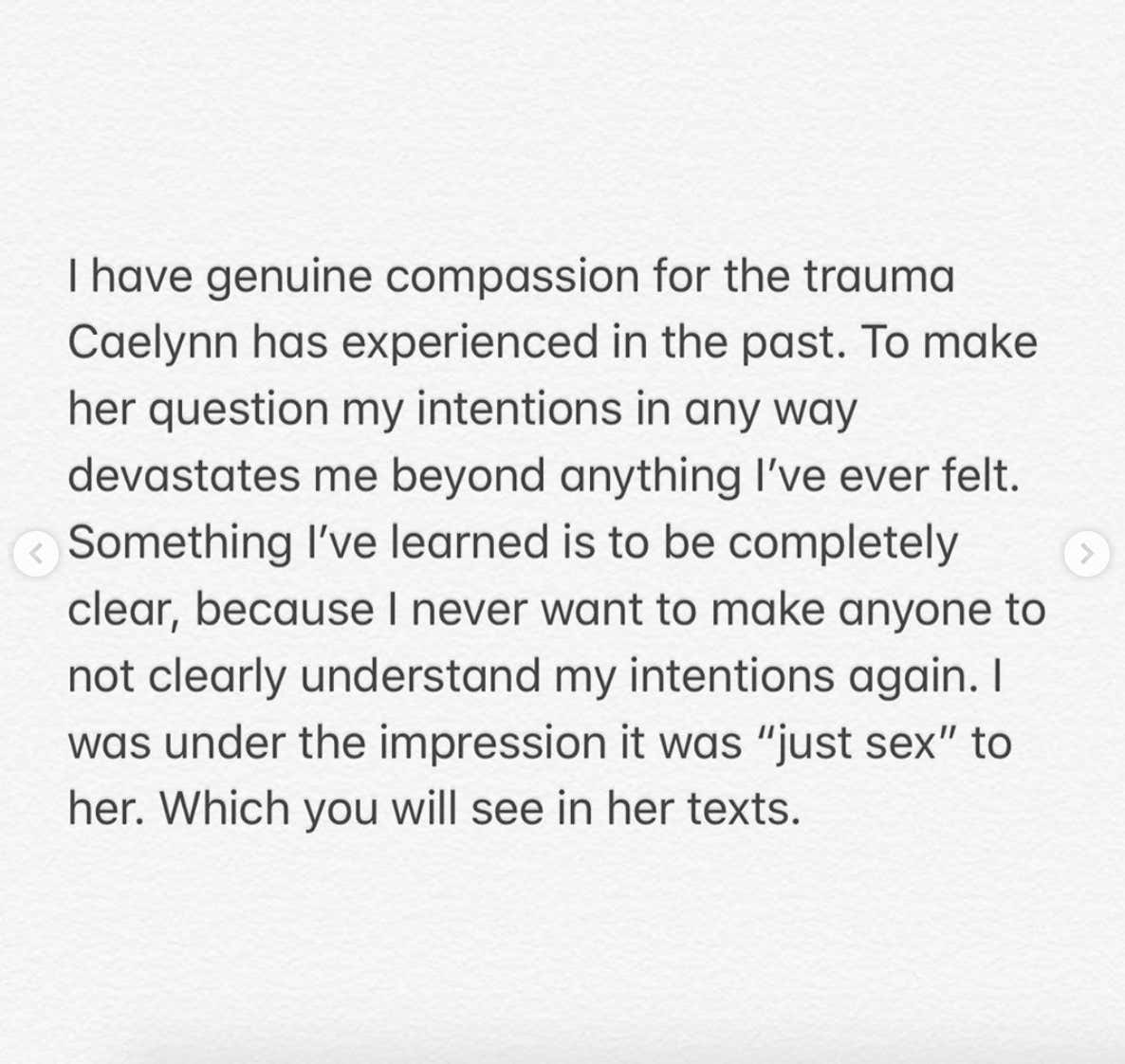 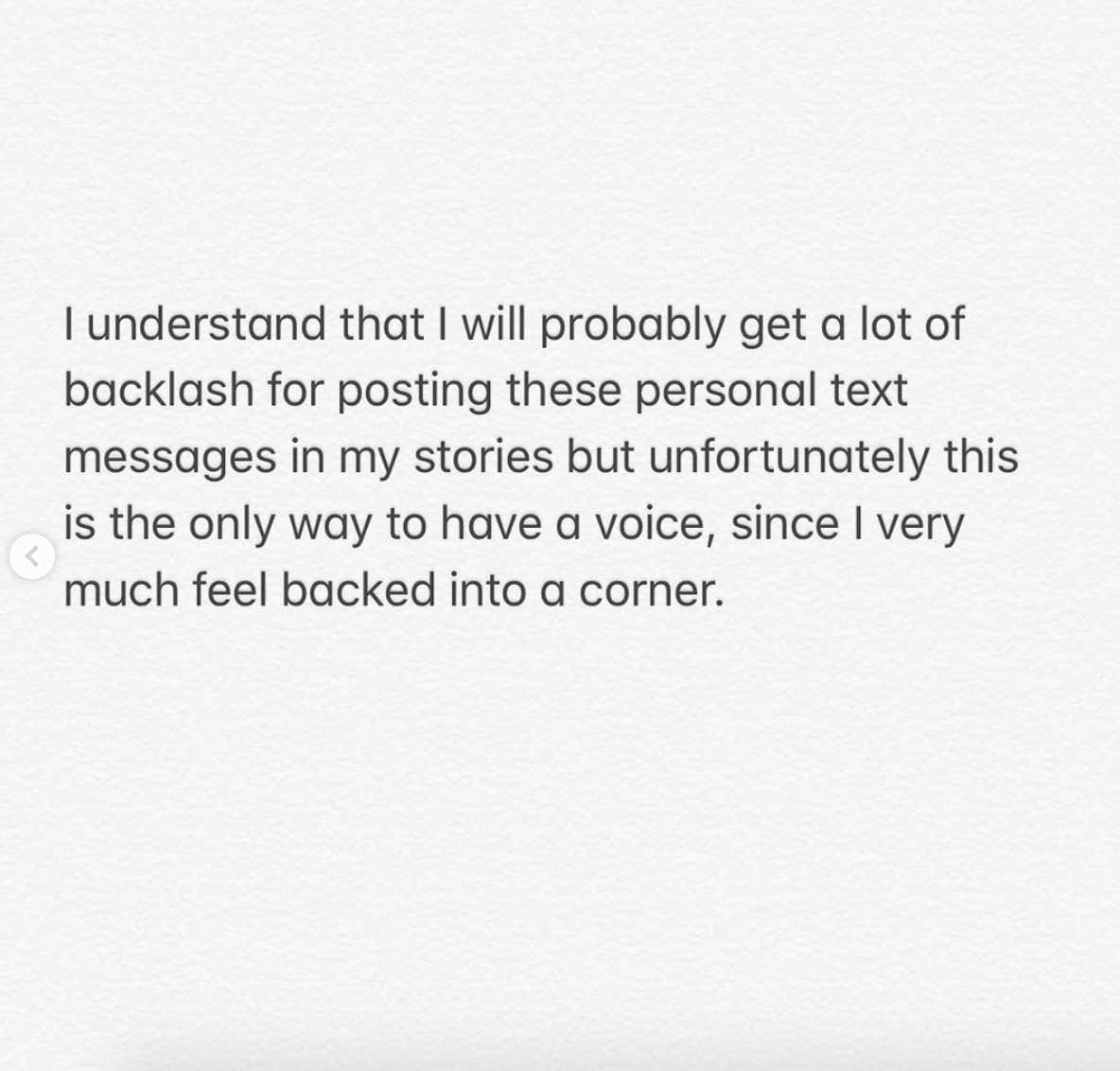 It should be noted that this was all happening as the BIP episode was airing. Not to make this about me but how am I supposed to watch the show and process all of the information Blake was putting on his Instagram at the same time? What the hell do I look like? Again, this isn’t about me, but it was a lot for me and my fellow members of Bachelor Nation to take in.

Anyway, finally Blake put the texts with Caelynn on his Instagram 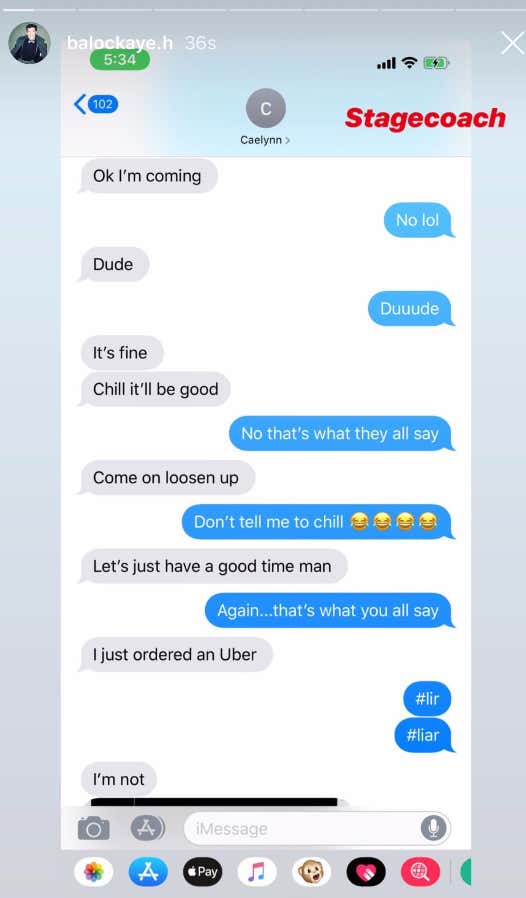 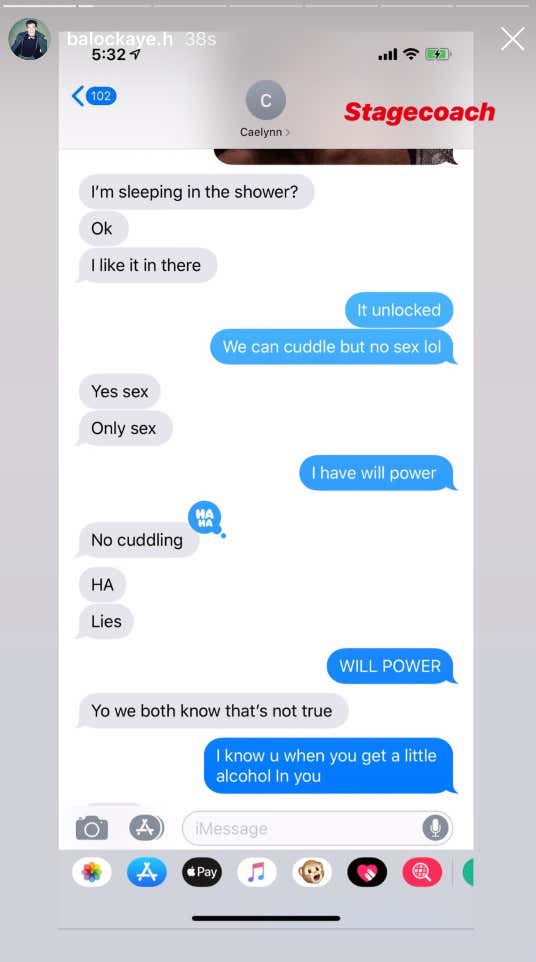 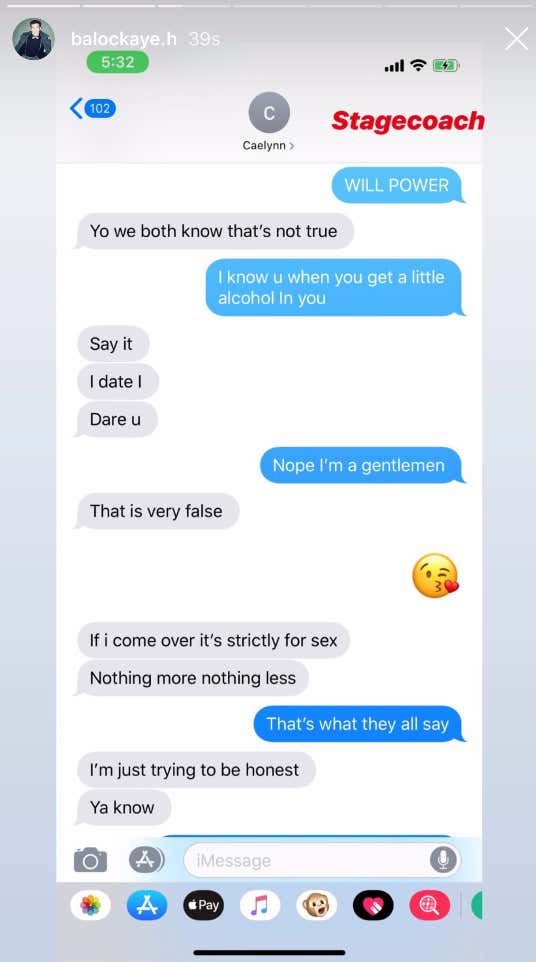 Those texts tell a different story than the one Caelynn told on Paradise. Those explicitly state that their meet up was about sex and nothing more. Now, we don’t know what Caelynn and Blake’s texts were like the months leading up to Stagecoach where Caeylnn said they sometimes would FaceTime 3 times a day, and it’s important to remember that Blake is obviously gonna release the texts that make him look the best. It should also be noted that there are phone calls happening between the two of them that we never get to hear. 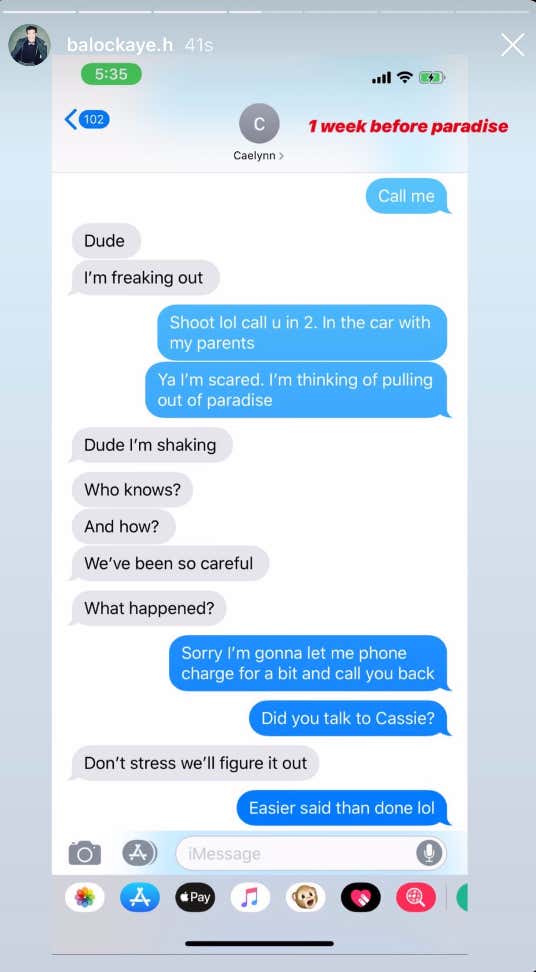 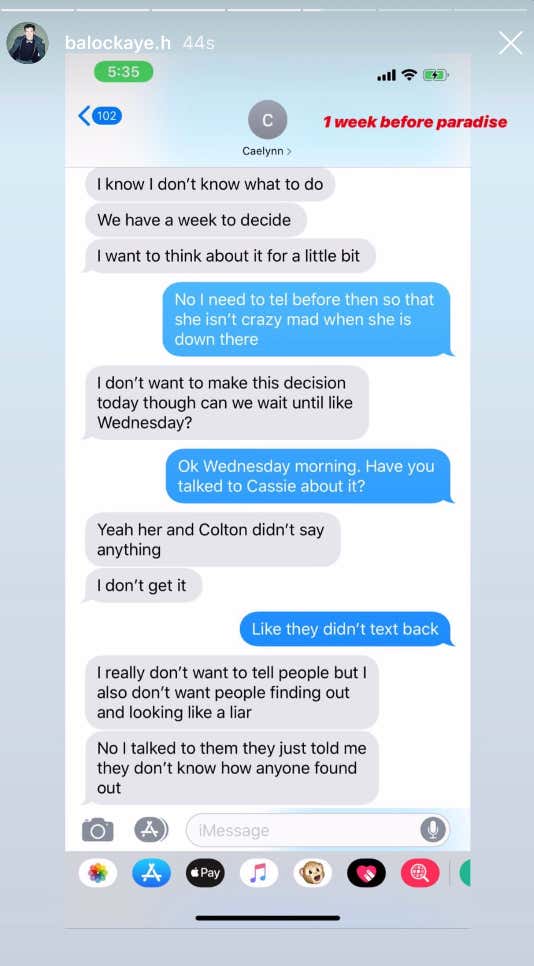 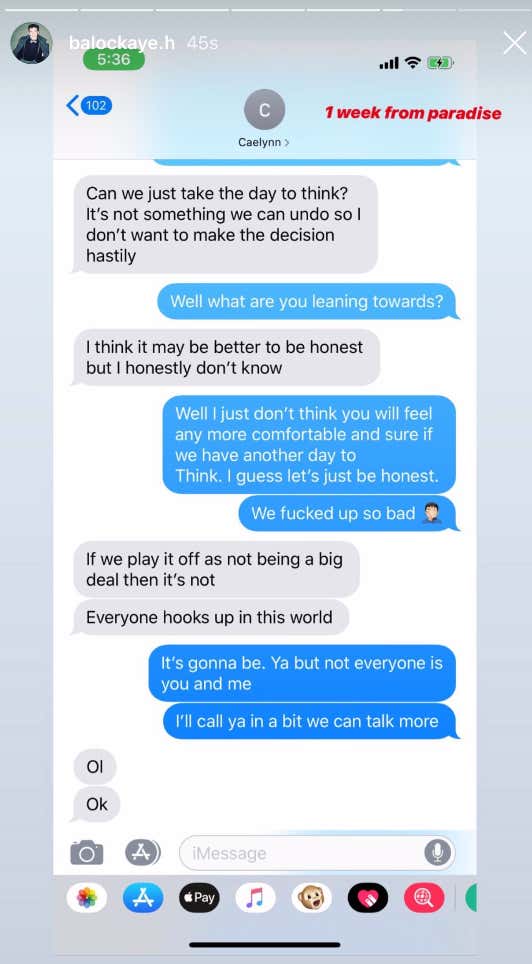 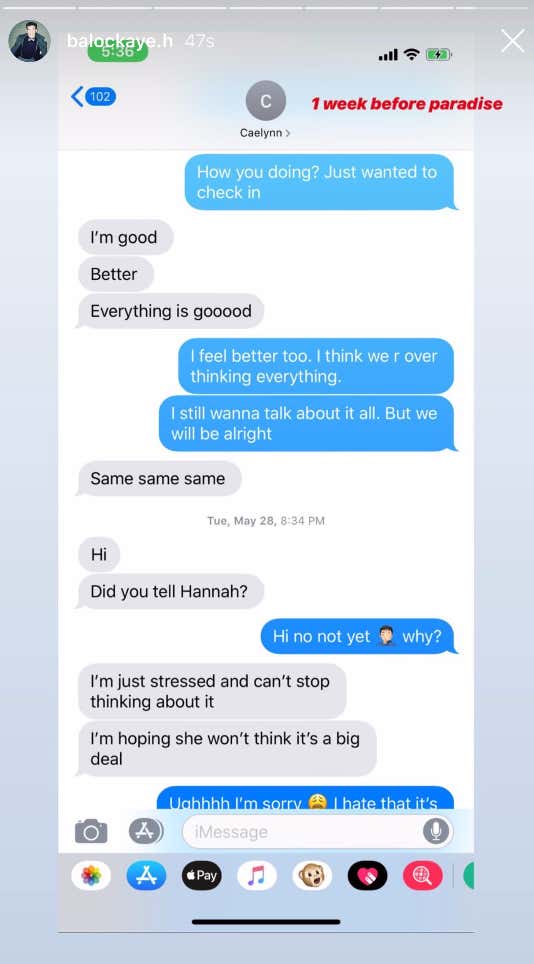 This is the part where I start to get thoroughly confused because there seems to be a piece missing. As soon as we jump to the texts the week before BIP, both Blake and Caelynn are freaking out about something. Some event took place and people found out that the two of them hooked up at Stagecoach and they’re trying to decide how to proceed with Bachelor In Paradise just a week away. The freak out appears to stem from Blake talking to Hannah G about potentially meeting up in Paradise and Caelynn is worried Hannah will find out about their hook up at Stagecoach.

As Caelynn suggested, they were over thinking the entire ordeal. They could’ve played it off as not a big deal BECAUSE IT’S NOT A BIG DEAL. Maybe it’s a big deal to them because Caelynn and Hannah G are friends but that’s the only thing I can think of.

But none of that explains the freak out Caelyn had in Paradise. According to the texts leading up to Paradise (again, they’re texts that Blake was willing to share meaning they’re likely biased), Caelynn was only worried about Hannah G being upset and nothing else. There was almost no evidence of Blake trying to convince her to stay quiet about their night at Stagecoach and it certainly didn’t appear like they were in any sort of committed relationship.

On the flip side, I don’t understand why Blake had the freak out he did when Caelynn (and later on Kristina) showed up in Paradise. The dude acted like the cabana he was in was on fire and ran away to hide. He wouldn’t have freaked out if things were all good between the two of them like he claims. 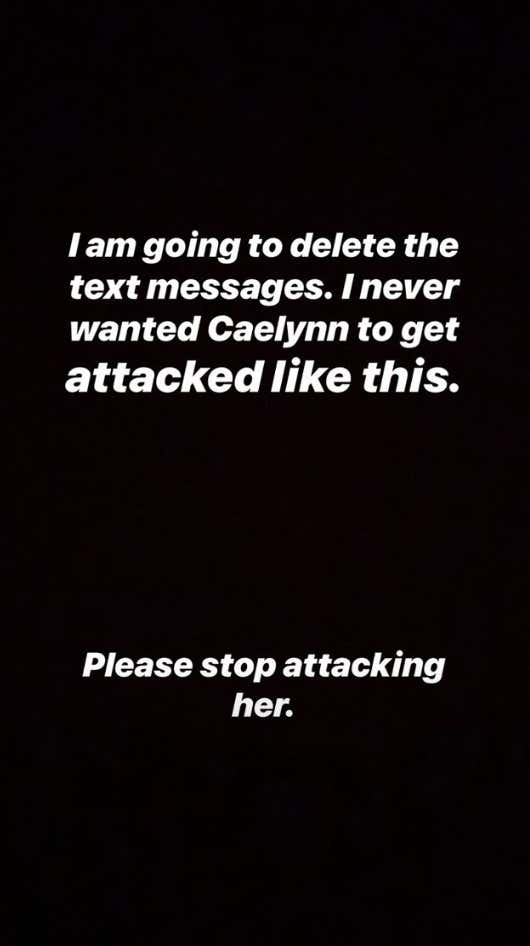 What an idiot. What did he think was gonna happen? I get that he felt backed into a corner, and that his name was getting dragged through the mud, but a general rule of thumb is it’s never a good idea to release text messages. It’s impossible to not look like an asshole if you do so, even if you think you’re right.

My final thought on the debacle is that I dislike both Caelynn and Blake. It seems like they just had a drunken hookup at Stagecoach that wasn’t a big deal and it somehow spiraled into being the main drama on Bachelor In Paradise. I’m mostly upset that somehow our queen Kristina got caught up in the web with them. That shit ain’t right. What a mess.