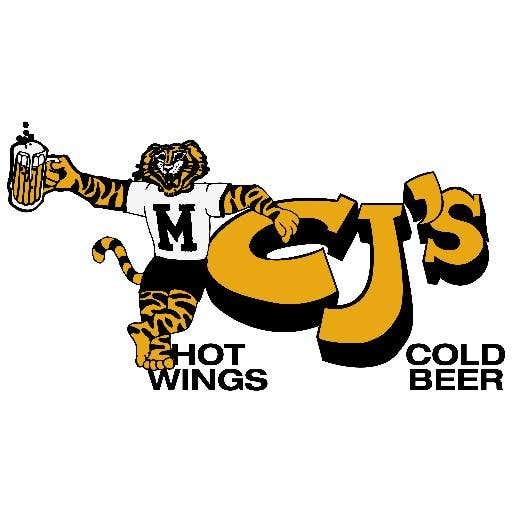 I eat wings about four times a week. Straight up. So when I travel to new places, I need to find the best wing spot so that I can eat there for the rest of the trip. No need to try every wing in town. Show me the best spot, and I’ll take it from there. So when I told people I was heading to the University of Missouri, the consensus was that CJs had the best wings. Perfect. I booked a hotel within walking distance to make sure it wasn’t a hassle.

Day one we walk to CJ’s for dinner but it’s closed. They wrote a sign on their door that something happened to the air conditioner or something. Okay whatever, no big deal. It said to return on August 4, and so I did. Only problem was they still weren’t there. Only this time there was no sign about the air conditioning and the listed hours showed that they should be open. I was starting to get kind of salty and began asking around. Everyone around town is just laughing like “oh haha…yeah they have weird hours.” Let me tell you something. Saying you are going to be open from 11am-8pm and then being actually closed at 1pm is not “weird hours.” That’s a missed assignment. That’s the type of attitude that will turn you into a backup if you are one of Coach Odom’s football guys.

Anyway, next thing I know I’m talking to someone inside the Mizzou football program about it. They said that sometimes the football program will do stuff with CJs for different events, but even they are at the mercy of CJs scheduling. It’s insane. Basically this place just diabolically lists hours that are not true, that they have no intention of keeping, and in the end only make wings when they feel like it. Trying to go there is like how I imagine meeting up with friends was like before phones were around. You just have to show up at a place and just cross your fingers that the guy shows up. Anyway, all this had me pretty salty. I was MORE THAN ready to slander CJ’s 12-piece. And then we go again today and they’re actually open…….. and by God if they don’t have some of the best wings I’ve ever put down. They’re not the best ever, but they’re very very good. Elite level wings.

So now here I am wanting to go back, but don’t know if I’ll be able to. I just went for lunch and I think if I tried to go back for dinner they’d probably be closed again. They’re playing textbook hard to get. I hate them and I love them. It’s all out psychological warfare. And you know what? I don’t even care for me. I don’t have to live here year around. I care for the students and faculty here at the University of Missouri. The place with the number one journalism school in the nation—where fairness is the highest priority. You tell me what is fair about having something everybody wants, and then not openly sharing it during the scheduled business hours that YOU made! It’s not right, and I won’t stand for it.