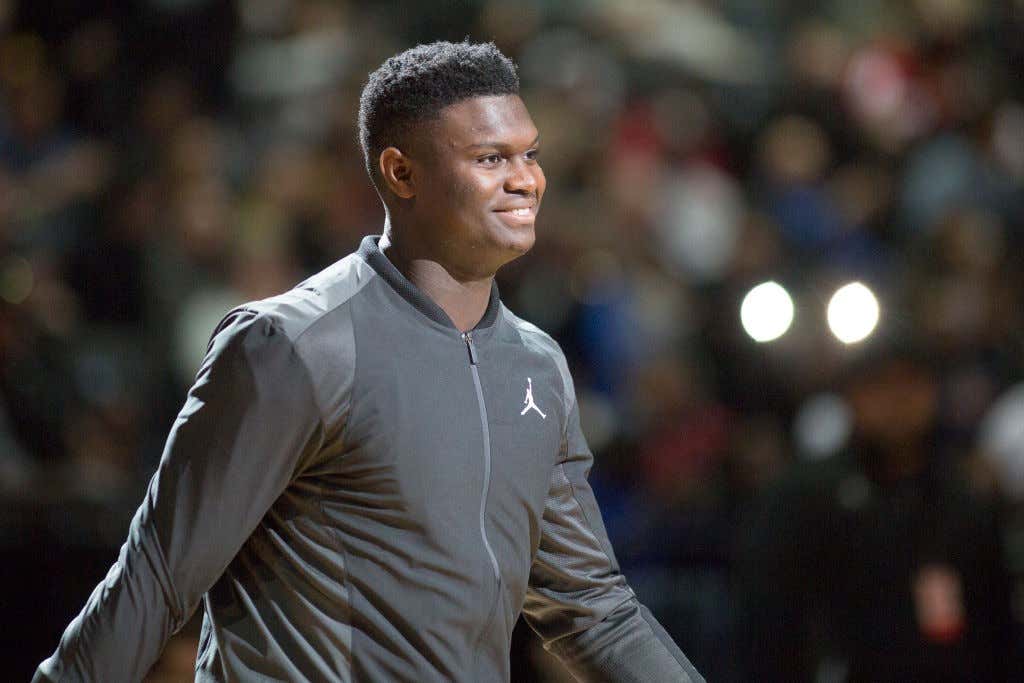 (Source) - Though the Swoosh was present, the plan from the start was for this to be a Jordan Brand pitch, grounded in the belief that Williamson could take the $3 billion sub-brand of Nike Inc. centered around the Air Jordan line to even greater heights. He would potentially wear the upcoming Air Jordan 34, the brand’s flagship annual model that Michael Jordan himself made famous during his playing career.

Eventually, he would receive his own signature Jordan Brand model, with a reveal of that sneaker coming as early as All-Star Weekend in Chicago, Jordan’s home for most of his professional playing career.

If you look at the current roster of NBA players that live under the Jordan Brand, here is your list:

Of that list, based off my research three players have had a signature shoe under Jordan Brand

Three guys who you could say are pretty accomplished at the NBA level. Hall of Famers if you will. I think there were some out there that were surprised by Zion’s decision because they figured he would want his own signature shoe and it’s not like Jordan hands those out all willy nilly. Well now we’re seeing just how much power Zion has before he’s even played one second of NBA basketball. If these rumors are true, the man could have his own signature shoe by February of this upcoming season. That’s pretty crazy when you think about what usually goes into guys earning a signature shoe, but that’s the type of marketing beast that Zion is.

This isn’t completely unheard of though. LeBron had a signature shoe in 2003 so it makes sense that the biggest prospect since LeBron is also potentially following that same path. Having said that it is pretty rare, in NBA history there have only been 9 other rookies that had a signature shoe and one of then was Lonzo Ball and BBB so I’m not sure that totally counts. The list is pretty legit though, as all of them turned out to be pretty decent:

Time will tell if Zion lives up to the hype, but if Jordan Brand really comes through and releases a signature shoe for him this season, their history suggests that maybe we’re on the brink of another all time player.