[SNY] - There were probably a dozen other reasons the Knicks struggled that year. But when Hopla talked to SNY about his time with the Knicks and that frustrating 2013-14 season, he pointed to another factor in the Knicks’ shortcomings: He said McKinsey & Company, a worldwide management consulting firm hired by Madison Square Garden to work with the Knicks and Rangers, had a negative impact on the coaching staff and was the source of confusion and paranoia among some players. The firm’s influence led to decisions like not having coaches watch film with players and filling out seemingly endless amounts of paperwork, according to Hopla.

“We got so fed up with them,” Hopla said of McKinsey & Company, which declined comment for this story when asked about their work with the Knicks in 2013-14.

“I told them if we took all that time writing reports and we actually worked the players out, we would have made the playoffs,” Hopla said.

Members of the consulting firm attended practices and games at home and on the road, which, according to Hopla, led to concerns from the players.

“The players started asking who they were,” Hopla said. “…. They were worried about maybe they were writing reports about them. They were paranoid.”

Step on up and meet the Knicks – the most dysfunctional franchise in all of sports. This report just came out back about the 2013-14 season. You know, a year after the Knicks were a 2 seed and us idiots thought, hey, maybe they can do that again. Nope, Dolan had other ideas because he’s James fucking Dolan.

Now I’d argue that the bigger problem was trading a first round pick for Andrea Bargnani. Remember him? He did give us that one super hilarious and awesome video that sums up this era so well

That video never gets old. However, that trade might be the worst trade the Knicks made. Giving up a first round pick for that. FOR THAT! I get so pissed just thinking about it. But back to the important thing here.

Is there anything less shocking than Dolan bringing in a consulting group that gave the players paranoia? I mean I’m shocked it took this long for it to come out. I’m shocked it only happened in 2013-14 and not another time.

I still don’t know why I stand by and just keep buying into this team. Perhaps it’s this video released with Kevin Knox, Iggy and RJ

I mean that gets me excited. Hearing Kevin Knox just talk about how great Kentucky is sure helps. But hearing them say how they love playing together. How they want to build something. Dolan be damned I’m going to sit here and convince myself they can do what the Nets did last year. Or at the minimum they are at least a fun team to finally cheer for again. It’s easy to love this group. 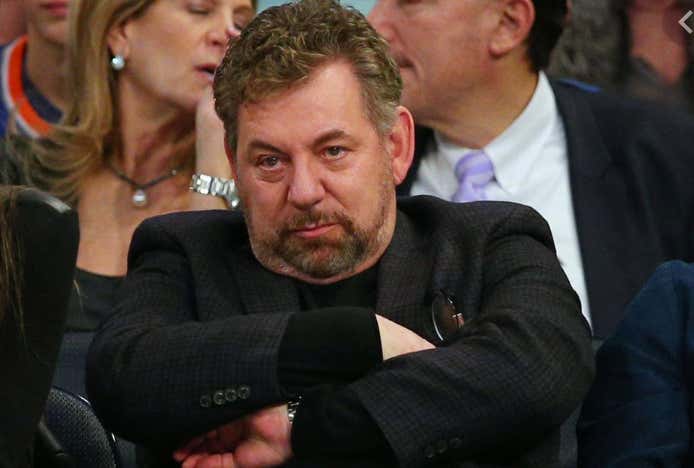