We’re starting there because everything about that is great. The tweet making fun of Colin. Baker’s practiced technique of flaying the beer can with his teeth. The fact it’s a great tasting less filling Miller Lite. That he’s the starting quarterback of the goddamn city’s team. All of it is unequivocally electric and not for nothing, Mrs. Mayfield’s not too shabby either HEYHOWYADOIN 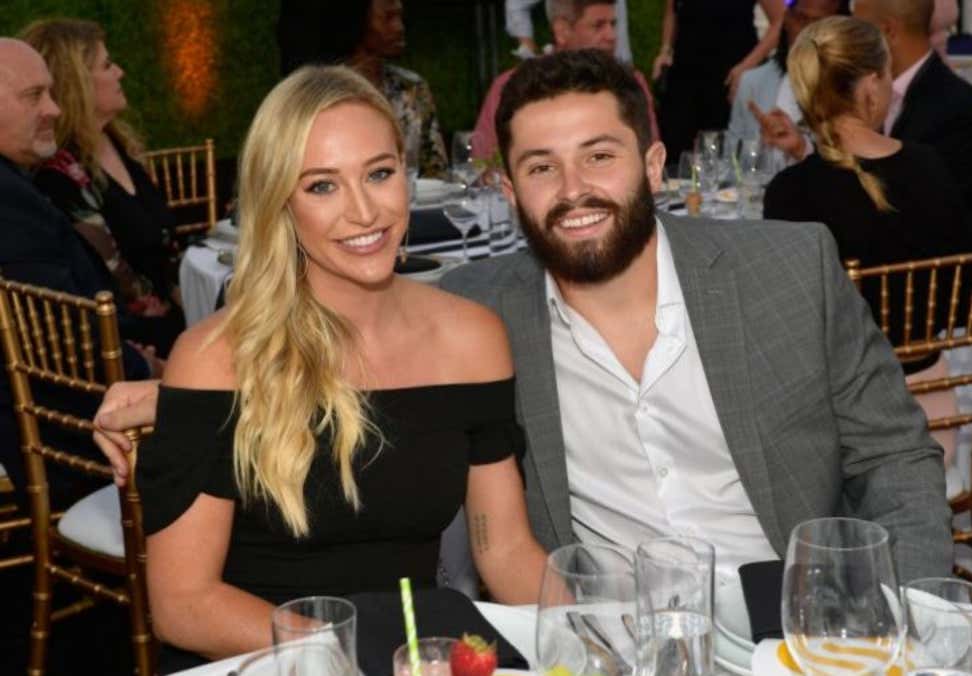 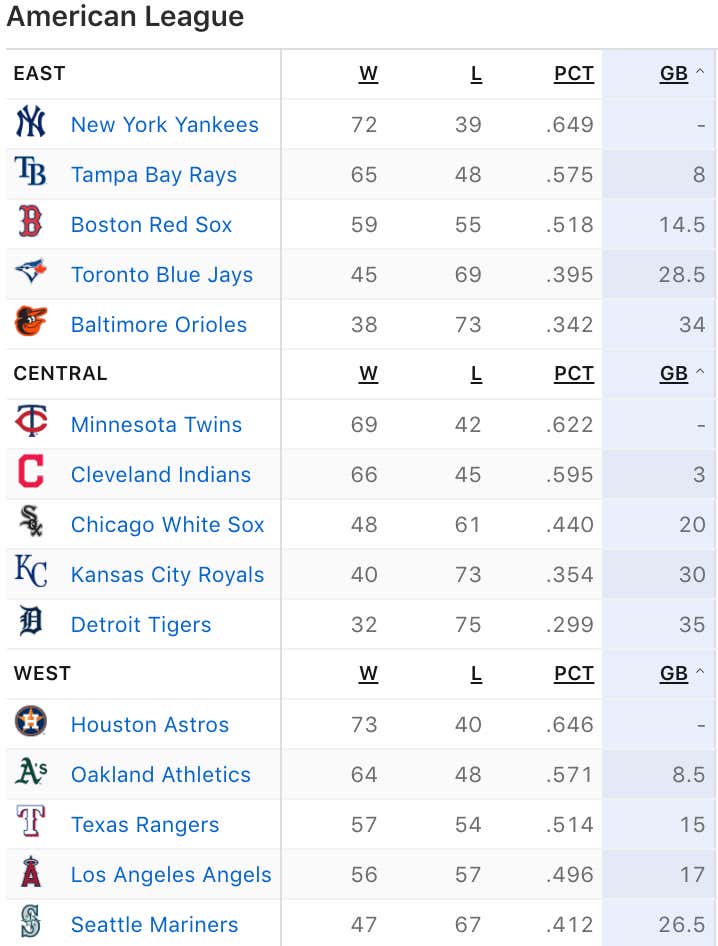 – Good night Red Sox
– We got 6 teams in 3 divisions: Yankees, Rays, Twins, Indians, Astros and A’s. Everyone else is 14.5+ out of 1st place. Just crazy how bad some of the bad teams are.
– Another year, another Mike Trout season gone and lost FOREVER

– The Mariners started 13-2 and have since gone 32-65. Every time I look at the Mariners I think about that 13-2 start when Ichiro was retiring. That was rich. 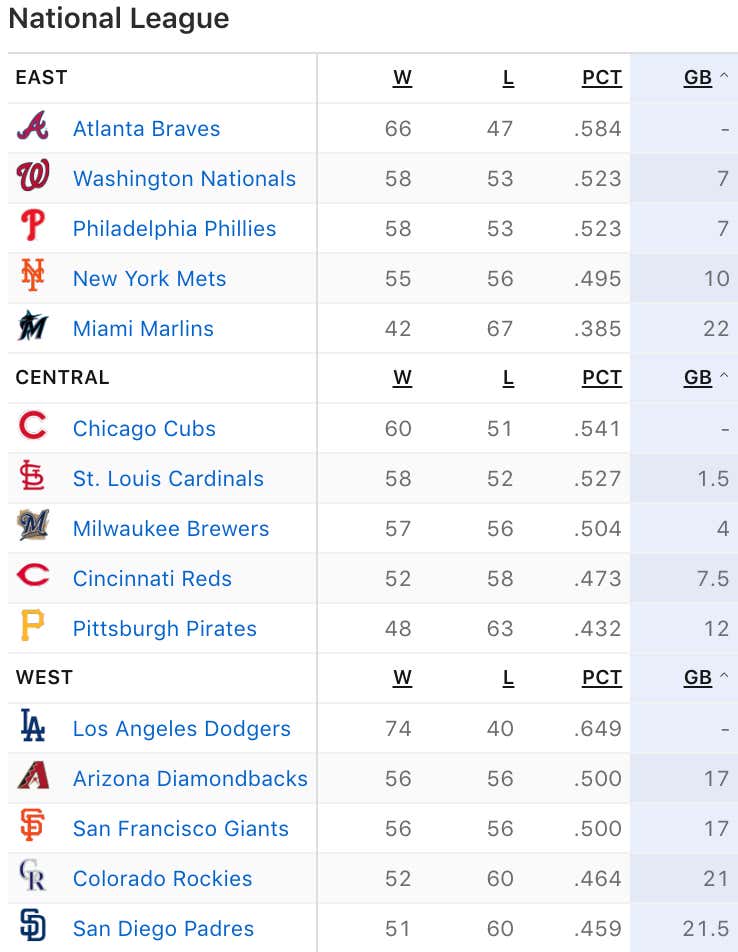 NL Observations:
– Would really hate to be a Phillies fan right now
– NL Central is an absolute dog fight
– Think of how much time and trouble we’d save everyone if we just declared the Dodgers the NL West winner in May
– I thought the Padres would make a run in the 2nd half and get hot. I liked them a lot. They’ve since gone 8-20 so fuck me right? Right.
– What a wild card 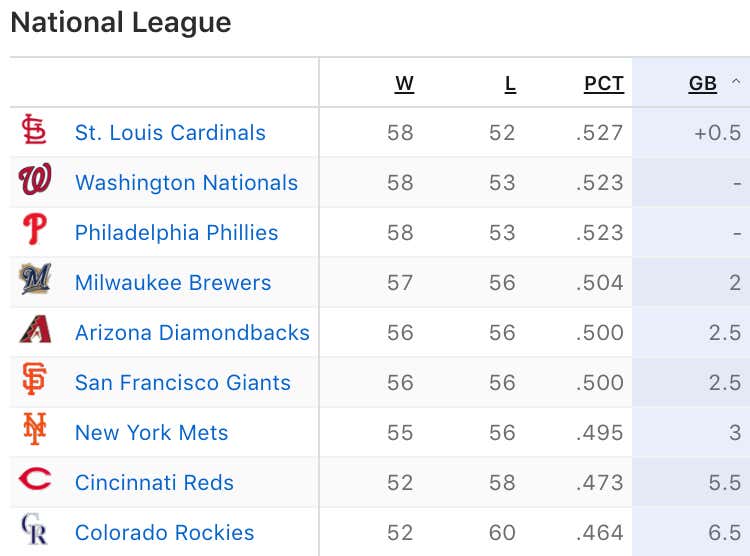 I can’t keep it straight and for that reason I’d like the Cubs to stay completely the fuck away from this colossal mess. Just absolutely disgusting amount of mud for the last 2 playoff spots and honestly I’d be terrified to play most of those teams in a 5-game series.
– Doesn’t matter because the Dodgers are going to steam roll you anyways let’s get to the YABOS

But not if it leads to this

Whereas Cubs fans will generally kill our first born to get consistent production from Almora like this:

Even though he’s striking out 13/9, he’s posting a 4.68 ERA which is high enough to spare me advanced statistics. Sorry guys. He’s probably fine.

Hey at least your shortstop is really good

So that’s nice like these Friday 3-bagger top plays

Rewind on the big ginger throwing for the Dodgers

Dustin May is the Dodgers top pitching prospects. He throws really hard and will probably be fucking awesome. There’s your scouting report. Let’s keep moving.

This was an extremely fucked up game from Friday when the White Sox and Phillies went deep into the night of a meaningless baseball game. In it though, we saw a leftfielder pitch. Then a relief pitcher play leftfield. Then we saw the leftfielder give up a base hit to the reliever who then made that remarkably accurate throw to home plate and yes my head is in a pretzel. What a moment for the game and a hug reason why I love baseball as much as I do. You really have no idea what’s going to happen until you play the game. Like there’s no running out the clock. No taking a knee. You play it all the way through and sometimes that leads to really weird shit like this moment in the Phillies game that I’ll probably forget about come lunch. Let’s be honest.

He’s so good. So amazing. So chillllll bro and maybe I can learn a lesson.

I was being a real prick a few weeks ago. I said the Mets were one of the worst teams in baseball. I called them an embarrassment of sorts and a lot of that has to do with trading for Robby Cano, seemingly wasting Pete Alonso’s emergence and Jacob deGrom’s quality start percentage. Like they were out to kill Frank The Tank with a bad bullpen and honestly guys I didn’t like it. So I shit talked the shit out of them.

A few weeks later and the baseball gods have a message for me:

Listen I deserve that and going one step further I actually kinda like it. Trading for Marcus Stroman will go down as one of the biggest power moves in the face of the Yankees, Astros and everyone else trying to strong arm the Blue Jays. And good on Toronto for realizing that and subsequently making a deal with one of the other tortured fanbases in baseball. GENIUS.

Nachos at the ballpark?

So does Max Muncy every time he does anything and that’s a good reason to hate his guts. No one likes a try-hard.

Especially when you’re a fuckin NOBODY from NOWHERE who emerges into a top 15 National League player and ho hum nooooooooo …. no one anywhere is doing steroids. It’s just the way they swing the bats these days, you guys. It’s A LOT different than everyone else in the history of baseball.

And your 1st ballot hall of fame career that has my jaw on the ground every time I take more than 5 seconds to stop hating on your remarkbly enduring success to actually go behind the numbers. AMAZING STUFF.

I mean if we’re talking 1st ballot guys how do we not talk Nolan.

My dude is trending UP

Or a big league grand slam

And honestly as a Cubs guy I don’t care if it goes to Yelich. The Dodgers don’t need any awards. Everyone on the team is amazing. It’s the fucking Dodgers:

In the meantime, did you know Nelson Cruz is still alive?

Or I got a bad back.

Anything to avoid that bullshit.

They have the best Rookie power hitter in the AL?

This is stupid. Just make it a Dodgers Astros world series and let’s play it before football season starts. Even looking at PNC park in the beautiful sunlight all I can think about is the sound of the pads.