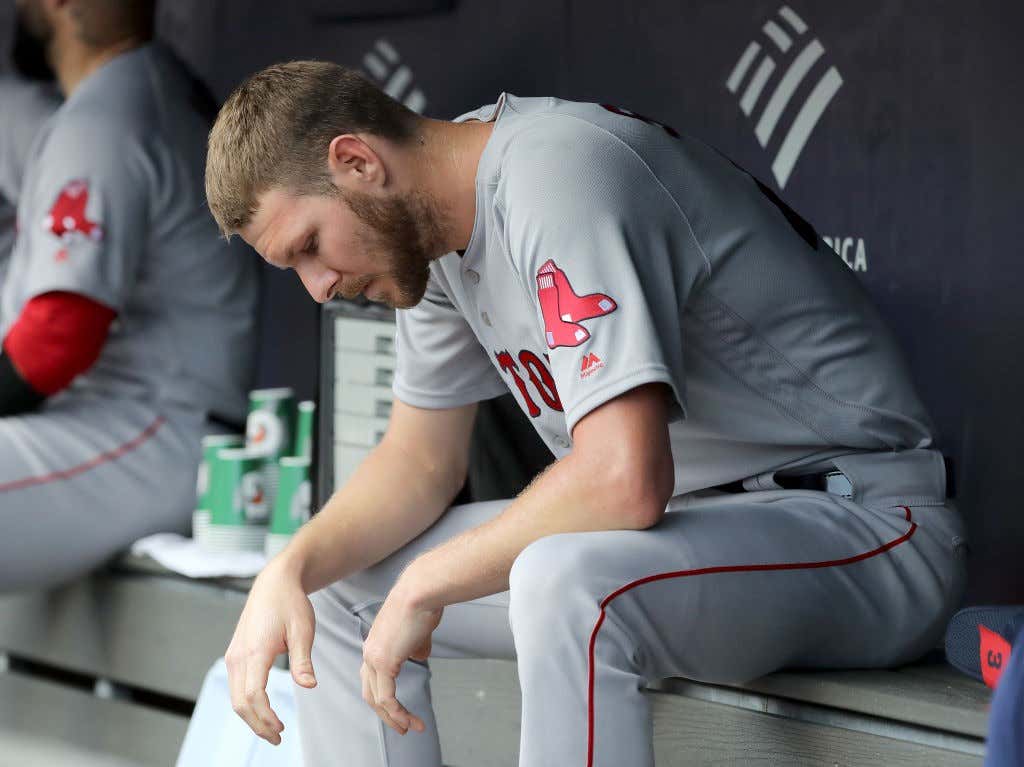 I’ve never had more fun being at a funeral in my life. This is so much better than burying your own family members. The Red Sox are dead. Finished. They held a player’s only meeting in between games only to get their shit handed to them by Gleyber Torres and Mike Tauchman in Game 2. Hey fellas, maybe don’t do that when you’re 14 back (now 15).

Life is just so fucking good right now as a Yankees fan. Now I understand it’s August 4th, and folks we’ve got a long ways to go. I just wanted to make sure Jared doesn’t have to watch a meaningful baseball game again the rest of the year before I carry on my way. He doesn’t. The Sox are D-E-A-D. In the bottom of the 5th on Saturday night, when the Yankees trailed by 1, I have never felt more confident they were winning that game. That’s the confidence I have in this team. It doesn’t matter what lineups they put out there. Breyvic Valera? Who gives a fuck? Domination.

Forgive me, but I’m writing this blog with a goddamn insufferable smile on my face. We’ve buried the Red Sox. You know the feeling I had back in October watching them win the World Series? Well, short of knocking those pussies out of the playoffs myself, this is the next best result. Bury them into the fucking ground.

So to summarize the two games, Domingo was unreal in Game 1. I wanted to rip my clothes off and hug him. He’s just been everything for us this year. Domingo German is leading baseball in wins. I understand it’s a dumb stat, but still crazy. LeMahieu, the Chris Sale killer, carried us offensively with two blasts. Since returning from his injury he’s set the world on fire.

Leading the league in hitting. My MVP. Your MVP. Our MVP. One of Brian Cashman’s greatest free agent signings ever. Extend him for life, please.

Chris Sale was terrible, lasting just 3.2 IP, giving up 8 runs on 9 hits. It’s a new year baby, and Chris Sale can’t get the Yankees out. I don’t know what to say. That guy used to shove against us, and now he’s completely lost. Good thing the Sox signed him to that big extension! Wooh!

In Game 2 the Yankees went with a bullpen game, which they are undefeated in, and won obviously. The combo of Chad Green-Nestor Cortes-Chance Adams-Otto-Kahnle-Britton-Chapman did the trick. It was dicy for a bit, and by that I mean a few innings, until the offense came through.

I just want you to know, I am dangerously close to naming my first son Gleyber.

Like DANGEROUSLY close. Really close. Goddamn do I love that man. Three bombs this weekend. Two in the night cap. All beautiful, just like Gleyber. Oh ya, he’s 22. Teams thought he was available at the deadline!!!!!

In the 7th, it was time to go home. Who else but Mike Tauchman delivered.

And from there we cruised because we actually have a bullpen.

You wake up still drunk and look at the standings and if that doesn’t give you an erection, no pill will.

God, that’s sexual. So Boston is dead. See ya. Fuck you Cora you whiny cry baby bitch boy. Go protest some other game you loser. We still have to watch Tampa, but the main prize is Houston. Vegas has dubbed them the overwhelming favorites. That makes us the underdogs. Maybe it was a good thing Cashman did nothing at the deadline. It’s clearly lit fire under this bunch to win the whole fucking thing. Let’s go do that. Barstool at the Ballpark tonight. Let’s run it back. Bring your shovel. Bring your broom. Let’s have a funeral, shall we?

P.S. I still don’t understand how Edwin’s x-rays were negative and he still fractured his wrist. That doesn’t make any sense to me. Mike Ford time though. Win-Get Hurt-Repeat. Win the whole fucking thing.