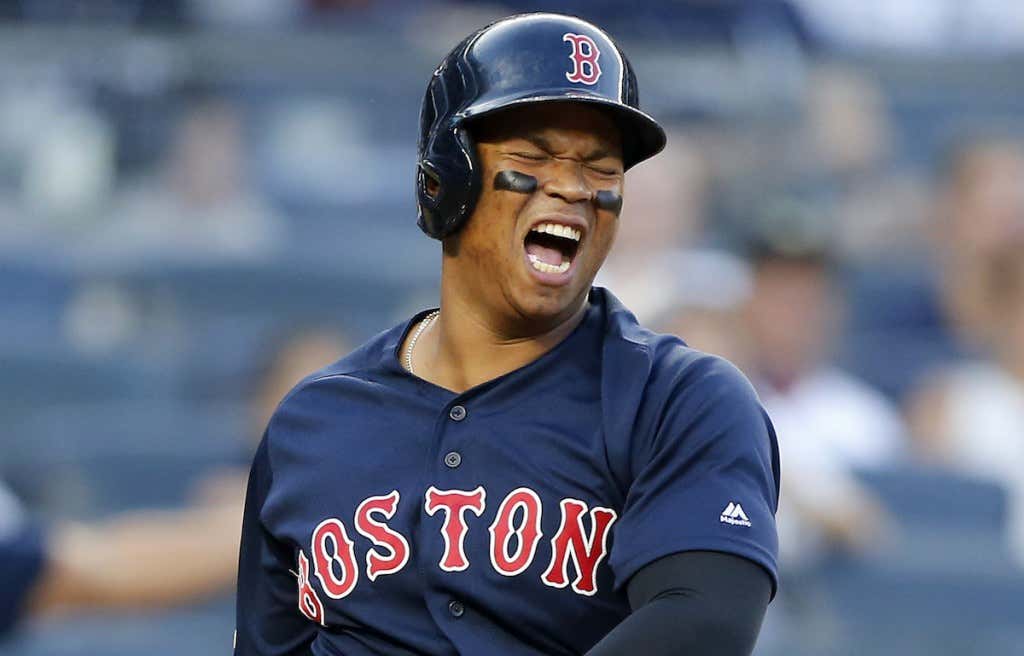 This fuckin’ team, man. I don’t get it. Far and away the best offense in baseball, and the Red Sox would be lucky to sniff the second Wild Card. It’s unbelievable.

After beating the pants off the Yankees last weekend, the Red Sox followed that up by getting swept by the Tampa Bay Rays, the team that they were chasing in both the division and the Wild Card. The series was a disaster. The Red Sox have now lost five straight games, each contest more uninspiring than the last.

With a chance to get back on the right track against the team that ignited their offense less than a week ago, the Red Sox did anything but that. After a first-inning two-run bomb by JD Martinez, the Red Sox didn’t do a damn thing. Nothing. After JD’s two-run shot, the Red Sox went 2-for the rest of the night. Eduardo Rodriguez struggled in the first inning, too, and I guess that’s putting it lightly as he allowed a grand slam to Gleyber Torres. He settled in nicely and blanked the Yankees from that point until he was removed from the game with two outs in the seventh, but the damage was done.

Six total runs, all in the first. Boring ass game, boring ass team. Could the Red Sox still get hot and make a run here? Yeah, sure. Does it look like they’re going to? No, it doesn’t. Instead of taking offense to Dave Dombrowski essentially saying that this team hasn’t earned any trade deadline reinforcements and having a “we’ll show him” attitude, they’ve instead started the process of rolling over and dying, or so it seems. They haven’t won a game since. They haven’t even really been close to winning a game, either.

We’re only two series removed from the Red Sox taking three of four from the Yankees in convincing fashion, but that already feels like a season ago. The Red Sox are 11 games into their 14-game gauntlet against the Rays and Yankees. To even have a shot, they had to be damn near perfect. They’re 5-6. Five and six.

Yeah, there’s still technically time for them to turn it around, but it’s fucking August, man. You’ve got two months left in the season, but when you’re four months in and you’re still talking about whether or not a team can turn it around, they’re probably not going to turn it around, especially when they did literally nothing to improve their roster at the deadline. As much as I’d love for them to magically go on a run, they’ve shown us nothing to suggest that they’re capable of doing that.