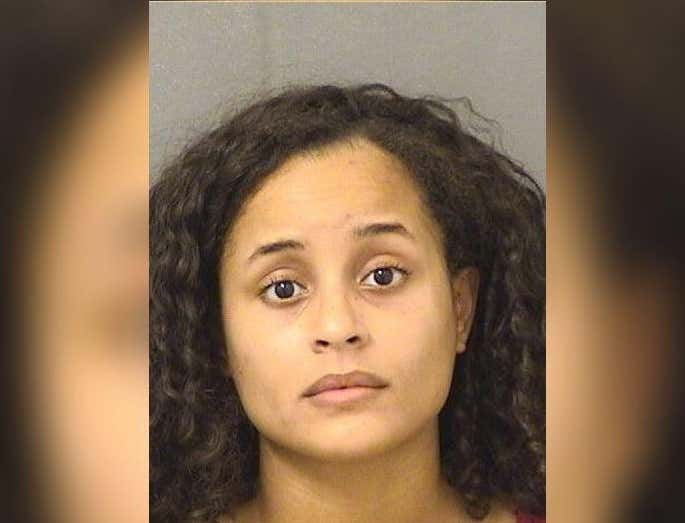 Florida – A 23-year-old Greenacres woman employed the past two school years as a substitute teacher in Palm Beach County allegedly had an inappropriate relationship with a 16-year-old student, according to an arrest report.

Stacy Lorena Cabral was arrested Thursday morning and is accused of engaging in sexual conduct with the teenager and exchanging explicit photos and videos, the report said. …

Authorities were notified of the relationship after the teenager’s mother found “sexually suggestive” texts and photos between Cabral and the child, the report said. Cabral worked as a substitute teacher at the high school attended by the teenager and was hired by the child’s mother as a tutor in May. A few days later, the mother found the test messages and photos. …

After informing Cabral on May 17 that her tutoring services were no longer needed, the reports states the mother received a text from Cabral apologizing while promising to quit her teacher’s job and stay away from her child. Wrote Cabral: “I am unfit as far as teaching goes. I don’t want to inform you that I never conducted myself this way before (not that it excuses my behavior) but there has never been another child and there never will be.”

At about 1 a.m. May 24, the mother observed a call on her child’s phone, the report said. The woman went to Cabral’s home where she found the teenager. …

A search of Cabral’s cellphone records revealed she exchanged 94 calls or text messages with the teenager between May 13 and May 24, the report said. The calls lasted as long as 1 hour, 10 minutes and were primarily made between 9 p.m. and 6 a.m.

During a search warrant served at her Greenacres home on Tuesday, Cabral allegedly admitted to a PBSO detective that she was having an “inappropriate romantic relationship” with the teenager and had transmitted between 10 and 20 sexually explicit videos to the child.

Ah, Florida. Good old, reliable, dependable Florida. The land of Sex Scandal Teacher Opportunity. Land of the free, home of the deranged. There are places in this country that could never produce on the level of a Stacy Loren Cabral. Not with their most experience, attractive and dong-starved career educator.  She pulled this off only as a substitute.

Not taking anything away from substitute teachers, mind you. They serve a vital service in this country. They stand on the front lines and take all manner of unspeakable abuse and disrespect from insolent teenagers who know when the teacher is out, the power paradigm shifts to them. Subs take that abuse for about 75 bucks a day because without them, our full time teachers would have to work 180 days a year, through sickness, hangovers and mental health days. And given her nomadic, per diem existence, it’s that much more impressive that a Ms. Cabral can not only pull off a Sex Scandal, but get hired by the student’s mom to tutor him in private. Only in Florida, America’s Sex Scandal Teacher State.

The Grades:
Looks: She kind of looks like a younger, Latina, ungothified Helena Bonham-Carter. However you feel about HBC, I mean it as a compliment.
Grade: B+

Moral Compass/Bad Judgment: Let’s see we’ve got all night phone calls. Marathon text sessions. The mom walking in on them in Stacy’s apartment. A “romantic relationship”. Nice turn of a phrase, there. And 10 to 20 sex videos. Plus, let’s just assume, actual relations. Looks like somebody got their money’s worth on those tutoring seshes.
Grade: A

Intangibles: You’ll have to forgive me for going all TV Land on you, but there’s no helping this.

“Greenacres is the place to be,
Sex Scandal Teachering is the life for me.”
Grade: A

Overall: A-. One of the best of the year. Florida should just change their state flag to picture a an adult woman taking a naked selfie.