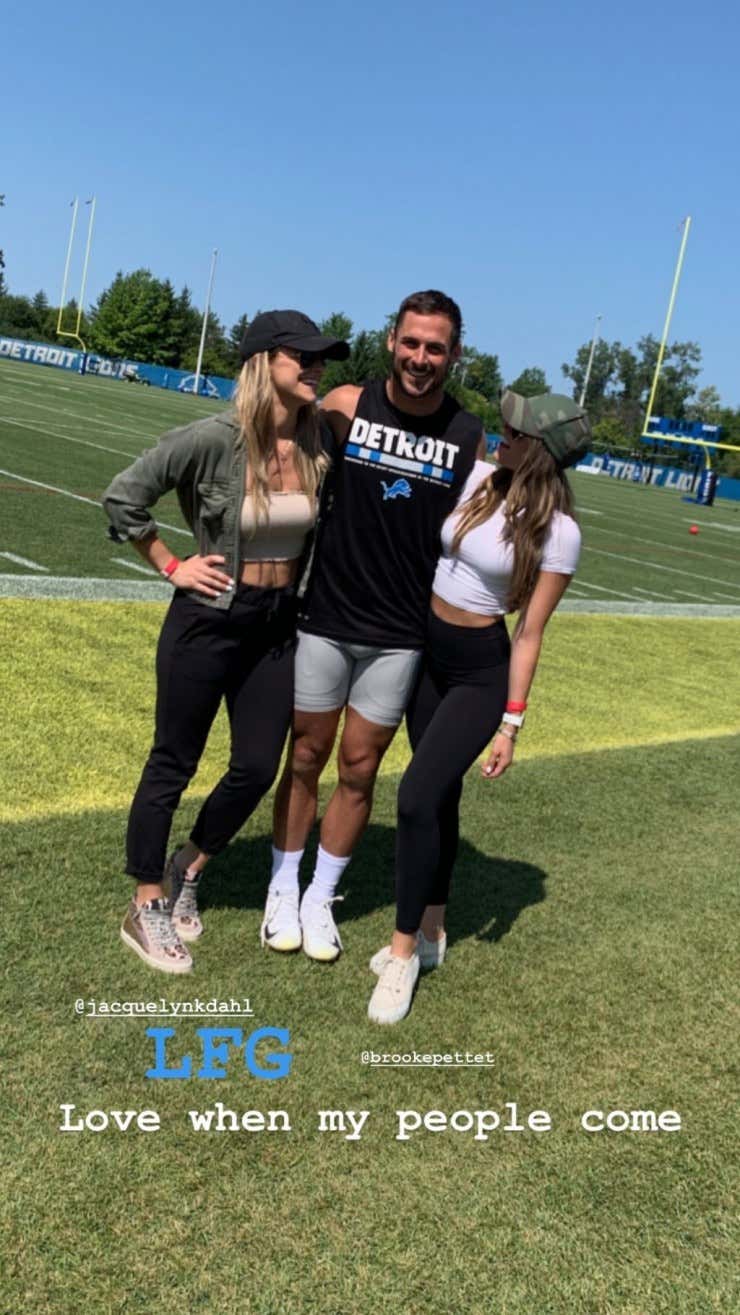 So let’s walk through the origin story behind this photo. Danny Amendola was dating Olivia Culpo, as impossibly attractive people often do with one another: 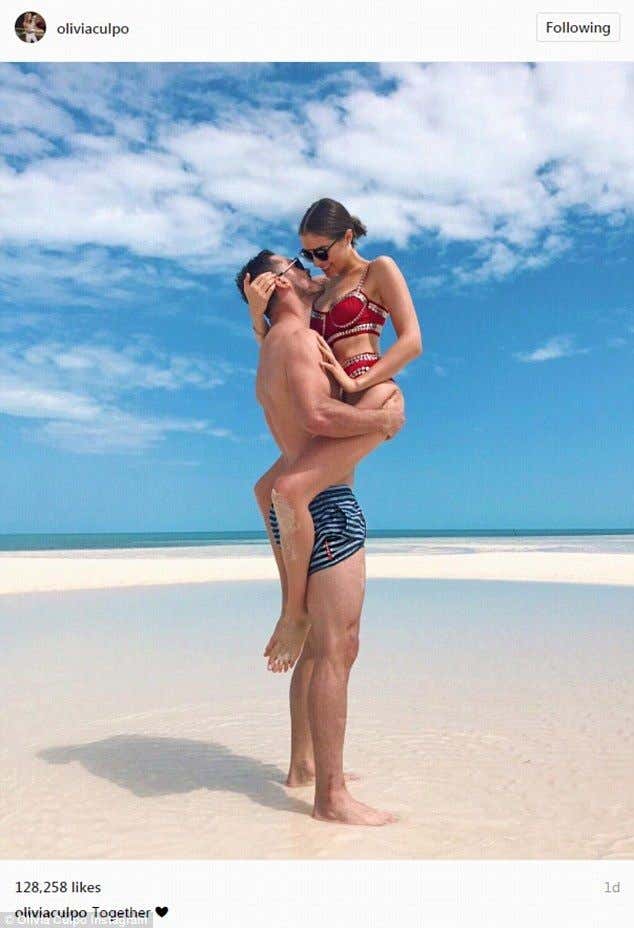 Until they broke up, and Culpo rebounded with Christian McCaffery:

With me so far? Good. Now we get Amendola responding with the above photo from Lions training camp, which includes the girl to his left (the photo’s right), Brooke Pettet. Who is Brooke Pettet? Well according to the only reliable source in the world, the internet, she used to date … wait for it … Christian McCaffrey.

That would be this Brooke Pettet, of Arizona State:

So bear with me while I try to connect these dots. The woman who used to date McCaffrey who’s from Arizona shows up at the Michigan training camp of the guy who used to date Culpo as McCaffrey and Culpo are/were dating? Is that it? I can’t say for sure that this is a love triangle or quadrangle or not. In fact, I don’t have any experience with love shapes of any kind other than a straight line since it was only by a miracle I found a woman who’s attracted to me.

Anything I know about such things I learned from movies and TV. And since most of my viewing involves romances between superhero friends, Hobbits and the love between a space pirate and his Wookiee, I’m the last guy to pass himself off as authority. But I have watched all of “Big Little Lies.” And Brooke Petett just randomly showing up to pose with Amendola feels exactly like the part where [SPOILER] the hot wife of the guy Reese Witherspoon cheated with finds Witherspoon’s cucked husband Adam Scott, shows him her new boob job, tells him he’s been making it into her Masturbation Diary lately and says they owe it to each other to hook up. Because it would be a freebie they’ve got coming to them.

Is that what’s happening here? Again, I have no clue. It would be irresponsible to guess. Maybe they’re just friends from way back. Or this is just a wild coincidence. I’m just saying it feels like it. All I can say for sure is that the lives of handsome football players are way, way more interesting than yours or mine.