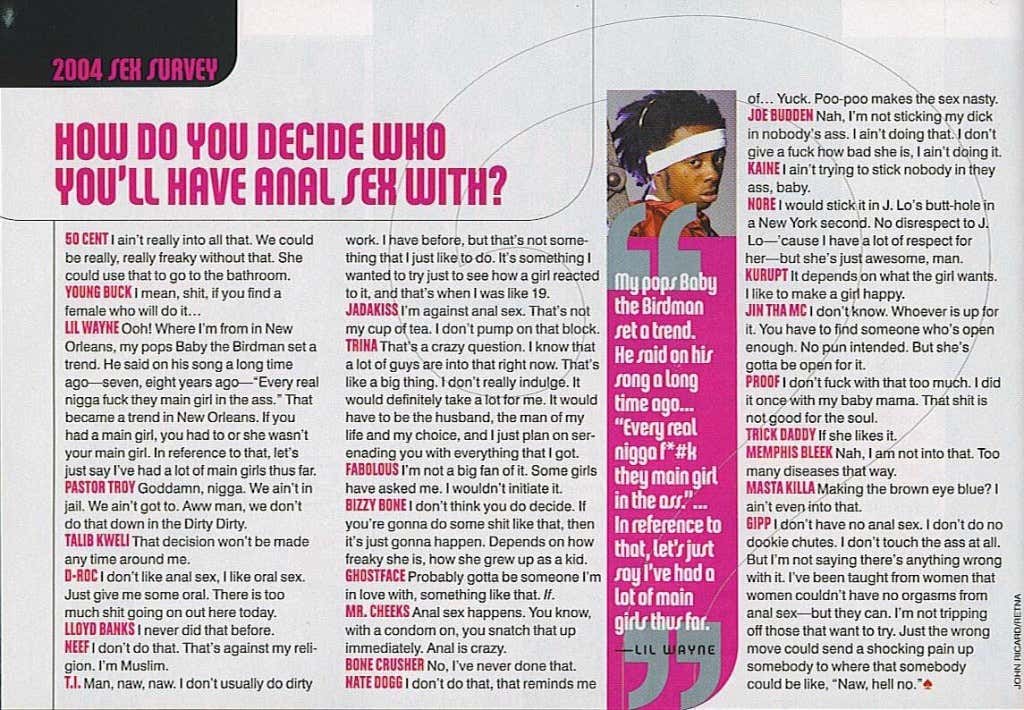 In 2004 it would appear as though the vast majority of rappers were highly against anything pertaining to the derrière. Which honestly shocks the fuck out of me considering I don’t even think it counts as sex anymore if you aren’t at the bare minimum giving brown eyes tongue darts. I refuse to believe it only took 15 years for society to take such a hard right turn into ass play when it had Talib Kweli giving answers like a senator awaiting trial. Nate Dogg, very much a grown adult at this point in time, said, “Poo-poo makes the sex nasty.” I never took Nate Dogg for a kink shamer but apparently he just wasn’t on the wave.

Each of these answers made me laugh harder than the last. Until I got to NORE’s, which prompted me to call the police.

But as always, no one was able to weave a web with the English language quite like Top 5 Dead or Alive Jadakiss:

Hard, rigid stance. No fence-sitting to be found here. “I don’t pump on that block.” Nothing wishy washy to take from Ki Double S on this matter. Not then, not today, not ever.