As disrespectful as it was for this old man to stand over him with his hands on his hips like an angry soccer mom about to complain to a manager, I have to applaud him. He demonstrated just as much 'old man restraint' as he did 'old man strength' by not kicking his face in. Which is something you rarely see in fights anymore. Most of the time things don't even really take off until one guy is on the ground doing the dead bird.

Word to the wise:  if you're going to start a fight with someone twice your age, A) make sure you win and B)  make sure they're not wearing a frontwards Kangol hat. The only people who wear those are gangsters and people willing to lose it all in an Arby's parking lot. A Kangol is just as much of a warning sign when it comes to fighting as a beater. 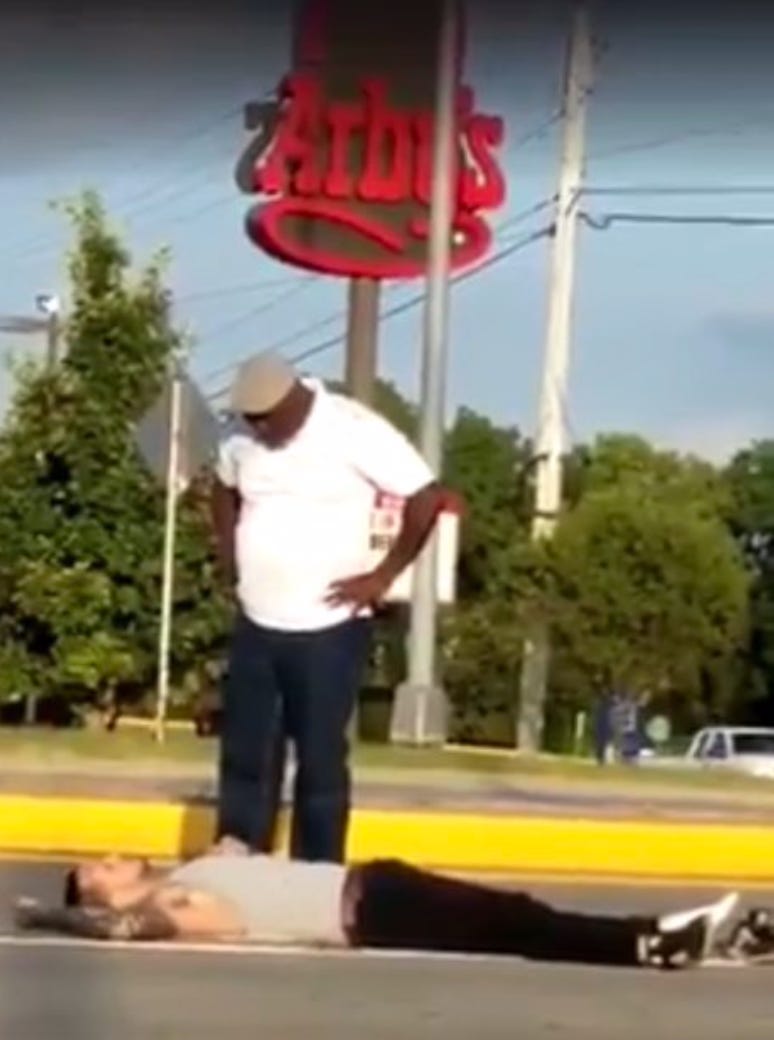 Poor guy got hit so hard his shoes came off…

Regardless, hopefully he learned his lesson and is okay. There's a significant chance he's still waking up, but at least he'll be able to grab a decent meal across the street if that's the case. Arby's - they've got the meats.