I LOVE a good conspiracy. I love a good theory about the state of our existence. We talk about stuff like this all the time on Dogwalk with Eddie. People tagged us in this story and when I saw that initial tweet above I sat up in my chair. Like many woke 21st century wannabe philosophers I am very well-versed in such great metaphysical works such as “Lost” and “The Leftovers” and sometimes I can even spell Frederick Nietzche right the first time(not gonna spellcheck that) because even though I haven’t read him, I am aware that he existed so I can act as if I did and that makes me better than you.

Way back in 2011-12 when I was staying in many nights because I still wasn’t making like…any money, I got HOOKED on 2012 Mayan Calendar Doomsday programming. I probably wasn’t the only one because History Channel and Discovery Channel had a new show or series about that basically like every month. I even watched that shitty John Cusack movie where the Earth’s crust just like collapsed all at once

I watched so much of that stuff that when December 21, 2012 was approaching I remember thinking the end of the world was possible. I wasn’t buying bottled water and batteries in bulk at Costco or anything, but I was of the mindset that there at least a .00001% chance of there being something to the Mayan Calendar. I mean they had basically ALL of time mapped out without any tools. That’s incredible. They were smart. Not smart enough to have their entire civilization disappear, but still, that calendar, whoa.

So when this guy tells me we did all die in 2012…I was in. I liked it. I love being a “told ya so” guy and since I didn’t say it was impossible I could be on the side of “the Earth ended in 2012″ and brag to all of my dead ass buddies that I was right all along. How’d the Cubs win the World Series? That’s easy, they didn’t. We’re in a simulation now. This kid goes further 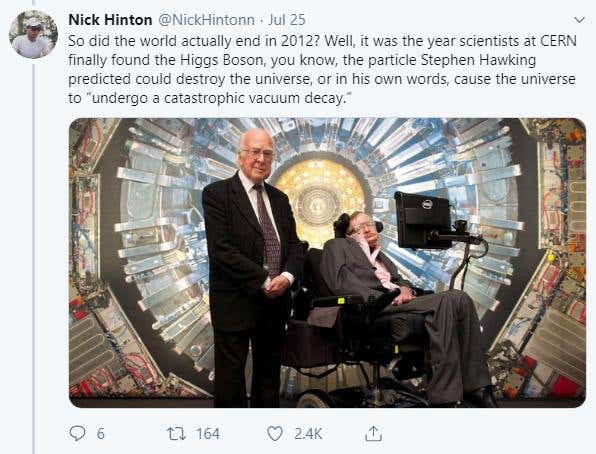 Oh. FUCK! I watched that one Netflix doc

A bunch of science words I don’t understand mixed with GIANT machines. That could definitely end the world. This checks out.

And guess what “some physisists” say it was possible 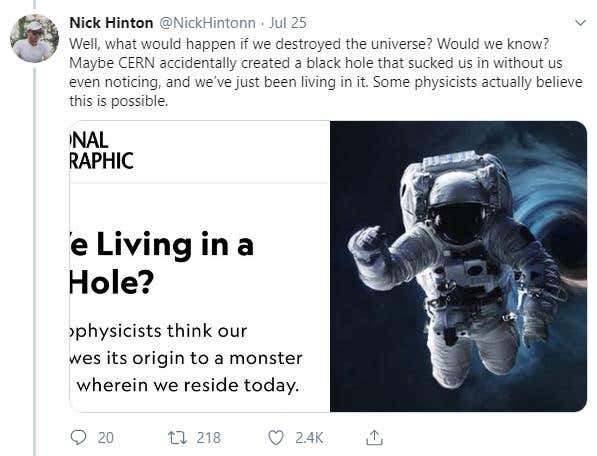 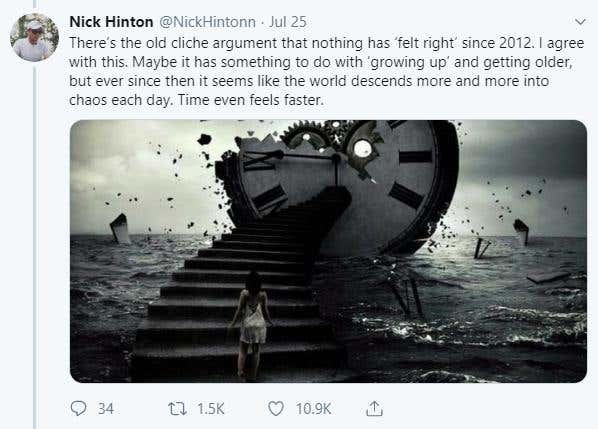 Whoa, that’s deep. I mean, it is definitely not a time travel thing and is 1000% just a function of perception as you get older, but time does feel faster. I can get down with this in some regards. Let’s keep going. I know he’s going to hit us with a truth bomb real soon in this billion tweet long thread 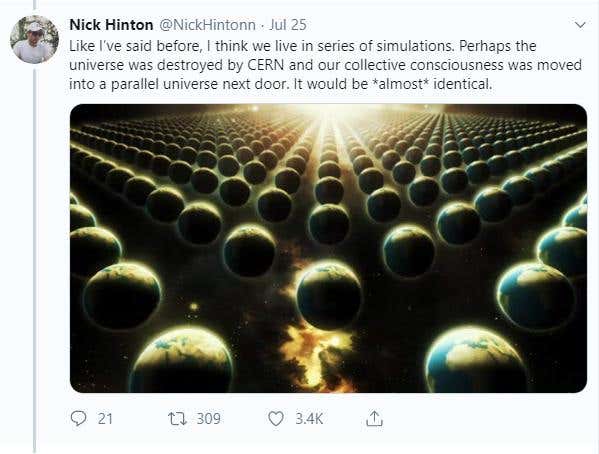 If CERN destroyed the Universe then who moved our consciousness to one of the next door universes? An unmoving mover? We talking about Yahweh? Feels like a plot hole. Starting to lose me, but let’s keep scrolling 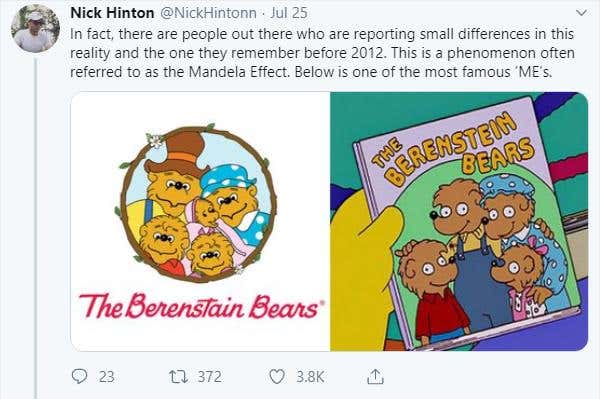 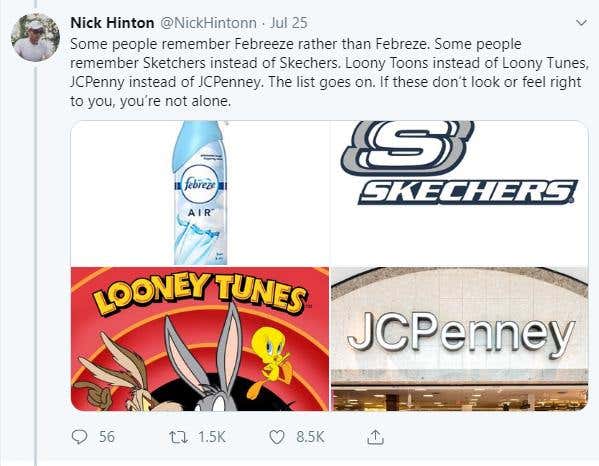 And I guess…fuck me too for blogging it, but I got mad and if I am mad then you have to be mad. 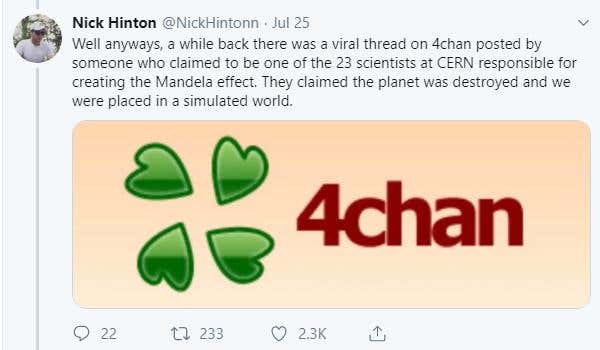 I am afraid of 4chan and their internet powers so I just want to clarify that the big FUCK you was not meant for 4chan. You guys are totally cool and I would never say anything like that to you. Best of luck with your future endeavors.

If we are in a parallel universe because Science destoyed ours and we are living in the same shitty simulation that where I am sitting on the same couch in the same apartment, writing the same blogs, watching the same replays of NFL Network training camp coverage and the ONLY thing that has changed is the chemical cleaner I use to remove some of the dog smell and stale farts in my house then I don’t want the red pill. I want the black pill. Just straight up unplug my ass. I opt out of this simulation.