Season 3 of “The Walking Dead” just wrapped up.  And with all due respect to very good shows like “Game of Thrones” and “Breaking Bad,” TWD is not only the best drama on TV by a long, long way, this past year is in the conversation for the best season any show has ever had.  Right from the cliffhangers at the end of last year when they showed us the prison and we got a look at the mysterious new chick with the ketani sword and the pet zombies on leashes, it never let up for a minute.  Major characters got introduced, key players died, old characters we hadn’t seen since the first couple of episodes came back.  A baby was born in an episode that gave everyone who saw it Post-Traumatic Stress Disorder.  And in a couple of others they even almost showed boobs.  It was so good that “The Talking Dead,” a show on basic cable where they talk about the actual show, had higher ratings than the entire NBC lineup for February. That’s how good it was.

So I couldn’t let the best show on television call it a summer without honoring the best way I can.  By comparing them to that other great institution I care about: Boston sports.  If the people in “TWD” were Boston sports figures, they’d be:

Carl and Pedroia are both undersized, kind of annoying and for the first couple of weeks of their careers were underestimated by almost everyone.  That’s about how long it took them to prove they are total badasses and not at all to be messed with and they’ve been destroying everyone and everything that’s messed with them ever since. 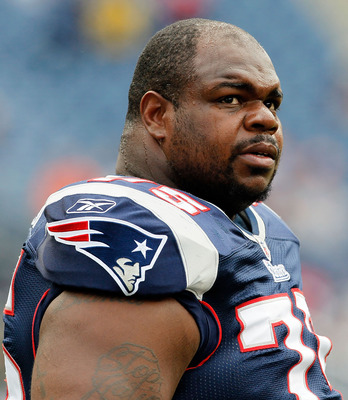 Strong, soft spoken quiet leaders universally respected by friends and foes.  And who will not hesitate to shove a sharp object through your eye if you get in their way. 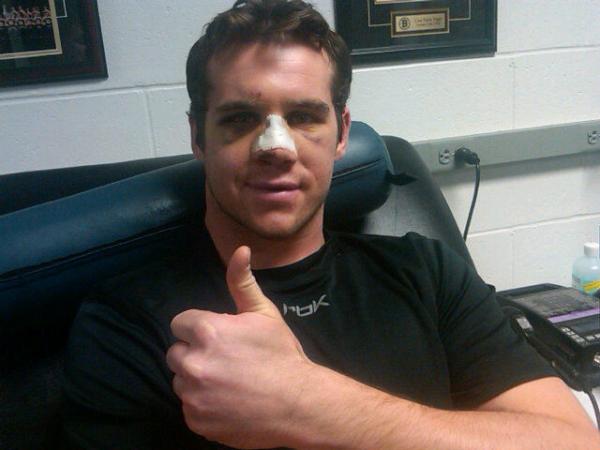 Neither guy seemed all that impressive at first.  Glenn was basically a post-apocalyptic Short Round and Paille was a washout who came from Buffalo for a couple of low draft picks.  Both stepped up their games, proved they were tough, could be counted on in big moments and became huge with the fans.  And like every Bruins player, Glenn is getting the hottest women on the planet. 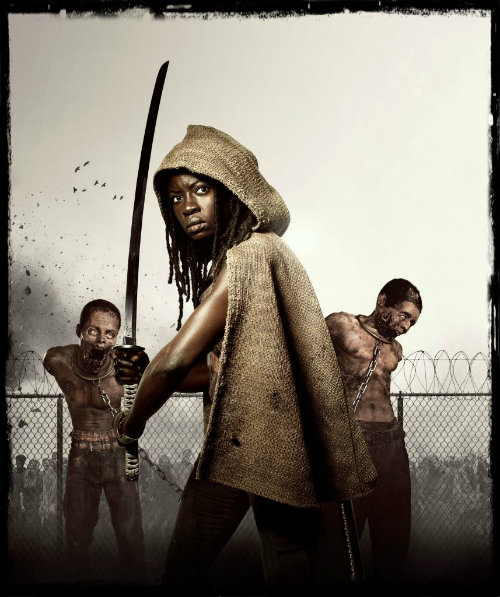 Michonne and KG are both brooding, super-intense and most of all, lethal.  They also give maximum effort every night and put the team ahead of themselves.  And  will sacrifice anything and anyone in order to succeed. Whether it’s cut the arms and jaw off of someone to trick zombies or telling Ray Allen to go piss up a rope, winning comes first.

I’ll admit this is kind of a stretch.  Merle is a sadistic, abusive racist and Gronk is a fun-loving hard-partying buffoon.  But they’re both tough as nails, virtually unstoppable and great to their brothers.  And both of their seasons ended with them sacrificing themselves to help the team.  Mostly though this works because I watched Gronk play an entire NFL game one-handed. Both are soft-spoken, but pure badass.  The guys who’ll do whatever it takes to protect the rest of the group.  Daryl says about as many words as Thornton plays minutes, but they kick so much ass they’re absolute fan favorites.

The strong, quiet leader who keeps the whole bunch thriving in a hostile world.  But he makes it clear things are gonna be done his way.  He’ll listen to advice, but all the final decisions are his.  If you want to make it, what he says goes and don’t question him.  He’s not a running a democracy.  It’s a Ricktatorship. Or a Belitocracy.  They also both have their sons along as sidekicks.

The kindly, respected, wise old family man.  He took in the Alpha Male and his people when no one else would, gave him a place to stay, protected him, and had the moral courage to let him be in charge and lead the group his own way. 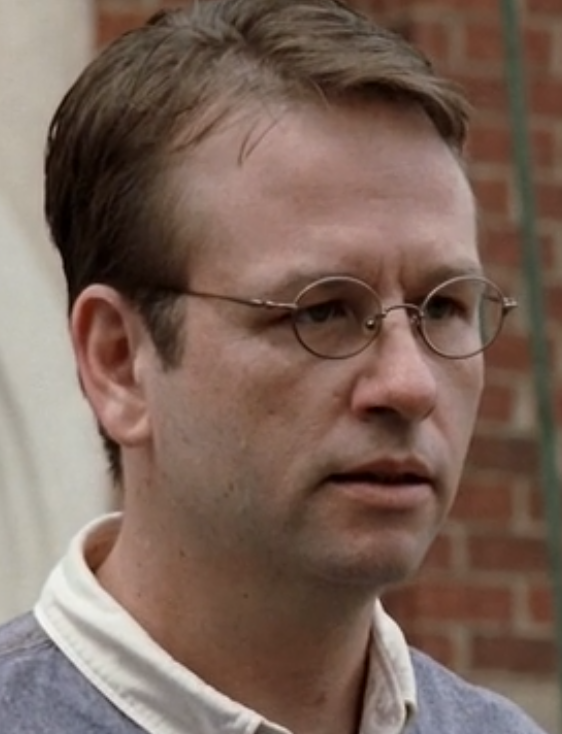 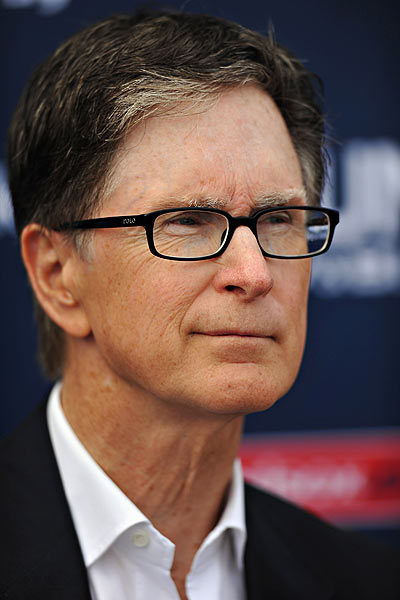 A nebbishy, socially awkward analytical type who lacks the stomach for the dirty work that needs to be done in order to survive.  Instead he leaves the rough stuff for the evil despot he lets run the place.

There is no doubt in my mind Larry has a secret room behind his office where he keeps aquariums filled with heads.