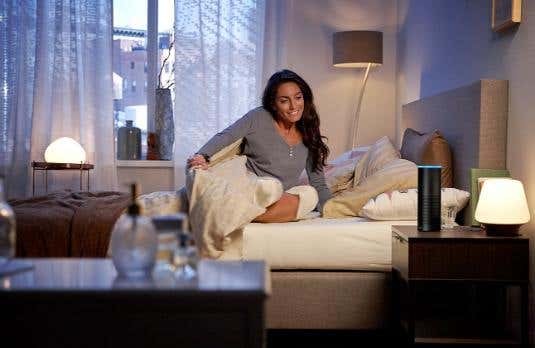 (DM)–Amazon staff review thousands of audio recordings made by Alexa each day — including snippets of couples arguing and having sex — an investigation claims.

The clips were accidentally captured by the popular digital assistant — confusing the noises for the commands it should be listening to — and sent off for analysis.

Staff at the tech firm review one in every five-hundred recordings made by Alexa, whether of deliberate commands to the assistant or accidental recordings.

According to a privacy expert, the revelation is a reminder of the extent of the personal information that the tech firm has on its users.

‘We were told to focus on Alexa commands but it was impossible not to hear other things going on.’

‘Amazon told us every one we were listening to had consented so I never felt like I was spying.’

It is estimated that Amazon’s Echo and Echo dot smart speakers — on which Alexa operates — can be found in around 6.5 million homes in the UK alone.

In what should be the least shocking news of all time, Amazon employees have listened to strangers have sex. There’s a decent chance that if you have an Alexa that have heard you, specifically YOU reading this article right now, have sex. There has been the predictable uproar about violation of privacy, how invasive this is, how uneasy it makes people blah blah blah. Grow up. It is just sex. We have all been there at one point or another. And at one point I mean anytime you’ve had a roommate. My freshman year of college I lived in a quad dorm. It was just one big open room and we had two sets up bunk beds in there. My roommate would take the blanket from my bed on the top bunk and pull it over and make a cocoon or sorts around his bed while he had a girl in there. It was disgusting. More so for them, but also for me since I was literally in my bed and they were having sex roughly three feet below me. And then they were also maybe 10 feet away from two other guys. Did we complain? Maybe a little. Did we cry to the RA or whatever…absolutely not. It’s just a little sex. I was more offended when that same roommate got one of those trashbag size things of popcorn, spilled it all over the floor, and didn’t pick it up for like three days. We had a mound of popcorn in the middle of the room and nobody did anything about it for 72 hours. Way worse than having to listen to a few growns. I didn’t want to hear those growns. If I had the option to turn it off or put it on mute from the first sound I would. And I think it’s safe to assume that the Amazon people feel the same way. I can’t imagine too many people are enjoying listening to the sex. And if they are…so what? It’s invasive, sure, but you’ll never know. You’ll never suffer any real embarassment from it so who cares.

If Alexa is listening well then Alexa should provide some pointers. I still have no real idea of what I’m doing with sex. That shit is a mystery. If Alexa wants to say “flip her over now” or whatever sex moves/positions etc can help then they should do that. Right now they’re just stealing your sex data for free. That I can’t abide. I need something in return for having my failures recorded and studied. Give me something I can use in real time and we have a deal.

PS: How many hours of sex recordings did Bezos listen to in order to come up with this text game? 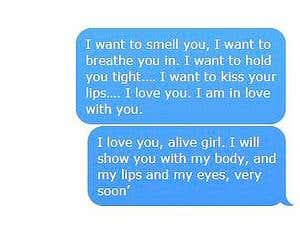 Alexa…text something better than this