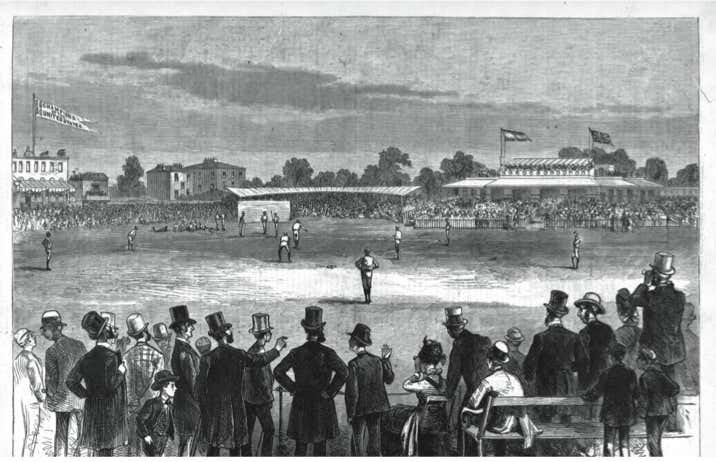 The Boston Red Stockings and Philadelphia Athletics begin a three-week barnstorming tour in Europe. Both teams are members of the National Association, a precursor the National League. The Red Stocking featured many of the top players that were on the Cincinnati Red Stockings who were the first professional team five years earlier. The tour starts at the Liverpool Cricket Grounds, with Philadelphia recording a 14-11 win.

The origins of baseball have always been rather fuzzy. Legend had it the game was created by Nelson Doubleday, a future General who fired the first shot at Fort Sumter beginning the Civil War and was pivotal the Union’s victory at Gettysburg. Doubleday a 20-year-old student at West Point created the game while on a break in central New York in Cooperstown. Doubleday himself never claimed any credit with the creation of baseball, though he later helped create the Cable Car in San Francisco. While his great-grandnephew later owned the New York Mets.

When the Mills commission was formed to explore the origins of baseball in 1908, by former National League President Abraham Mills the idea of a war hero creating the game in a sleepy town called Cooperstown sounded more romantic than the truth that baseball evolved from older sports played for years like cricket and rounders. The first signs of the modern game come when a group of New York fireman led by Alexander Cartwright began playing what they called base ball in Hoboken, New Jersey. Cartwright came up with the idea of the baseball diamond in 1845 while playing at the Elysian Fields.

Baseball began to become popular through the Civil War, as soldiers often played the game during downtime. As the war dragged on for four years the sport spread from the Northeast to the south where it was even picked up by Confederate soldiers. After the war was over, the sport continued to grow in popularity, with eventually stands being set up as fans were charged for admission into the game. This led to players being paid as the Cincinnati Red Stockings became baseball’s first professional team in 1869. 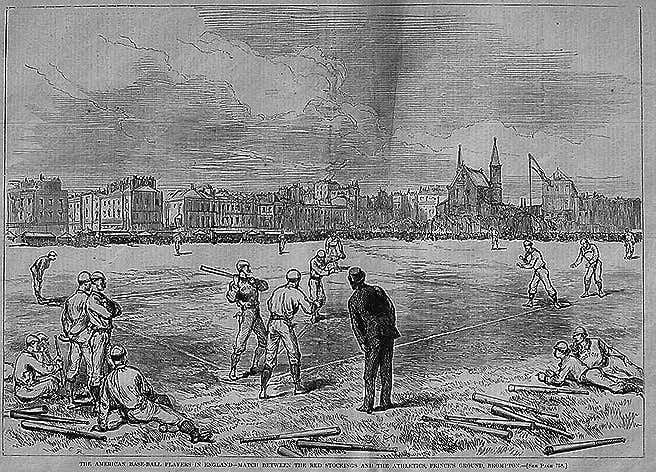 The Philadelphia Athletics won the National Association in 1871 led by Dick McBride, as of 174 they were still among the stronger teams in the NA thanks to budding star Cap Anson but were still chasing the Boston Red Stockings. These teams would each take a break in the 1874 season to head across the Atlantic Ocean and begin a tour of Great Britain and Ireland. The Athletics would win the first game in Liverpool 14-11. Over a three-week period, the teams played in Manchester, London, Richmond, Sheffield and Dublin to limited success as fans were confused by the baseball and thought they were watching rounders. The two teams would even partake in some cricket matches and typically beat the local teams.