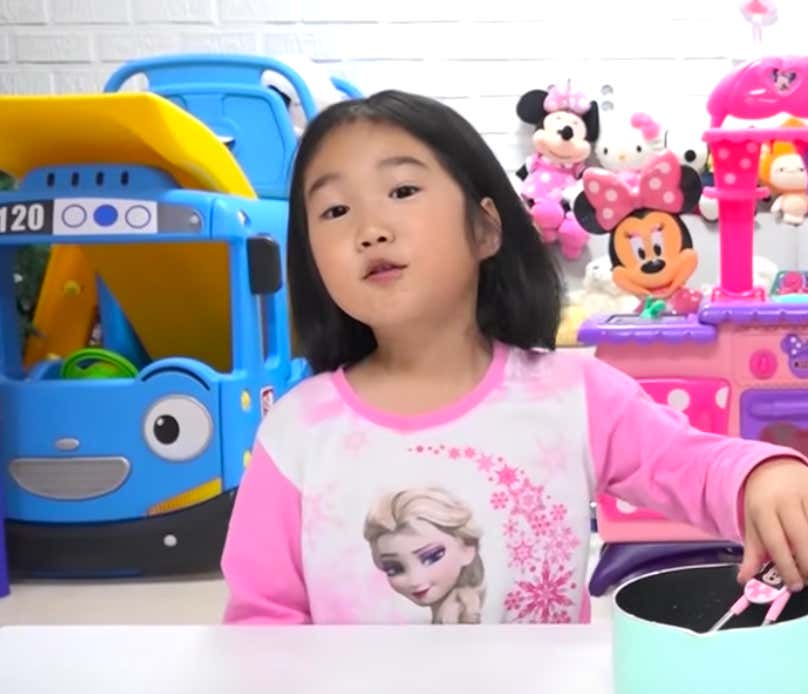 A 6-year-old South Korean YouTube star has plunked down $8 million for a posh five-story pad in Seoul, according to a new report.

The tiny big spender, known as Boram on her popular toy review channel, snapped up the building in the trendy suburb of Gangnam via the Boram Family company earlier this year, CNN reports.

The mini-millionaire, who has a total of 30 million subscribers, shot to stardom a couple years ago and now also has a popular video blog, according to the station.

In one of her most famous clips, she makes instant noodles in a plastic toy kitchen then slurps them down adorably on camera. The clip — shot in a colorful campy style — has been viewed more than 376 million times.

This right here is the only reason to have a kid. The ONLY reason. And what is that reason? To exploit and profit off of it, but of course. It’s chess and checkers. While everyone else is ridden with debt from popping out kids before they can afford it, this guy is living the absolute dream. He learned some Adobe After Effects and made chicken salad out of chicken shit. He whored that kid of his out to the masses, and now has her buying him an $8 million dollar home. How perfect is that? 6 year olds can’t do shit with their own money, but this dude certainly can. Wouldn’t shock me if he has an around the world vacation planned which so happens to coincide with when he ships his kid off to school. Just hires a nanny and makes someone else deal with it until he comes back and forces her to make another video to pay for his next trip.

And these videos are no joke. 376 MILLION views? Are you shitting me?

What a world. So remember this lesson, folks. If you’re going to have kids, milk them for all their cuteness before they are old enough to know better. And by the time they do know better, they’ll hate you so much and their lives will be so destroyed that there won’t be anything they can do about it. Because kids are tiny little IDIOTS!