So yesterday afternoon I was just minding my own business watching the White Sox tits getting blown off their chest and noticed Jessica Alba and Steve-0 got their accounts hacked.  It was BAD.  At first when I saw a billion people talking about Steve-o I just assumed he relapsed and immediately thought the worst, but then I shot him a follow and yikes.

Now I blotted out some of the verbiage.  It was truly disgusting: 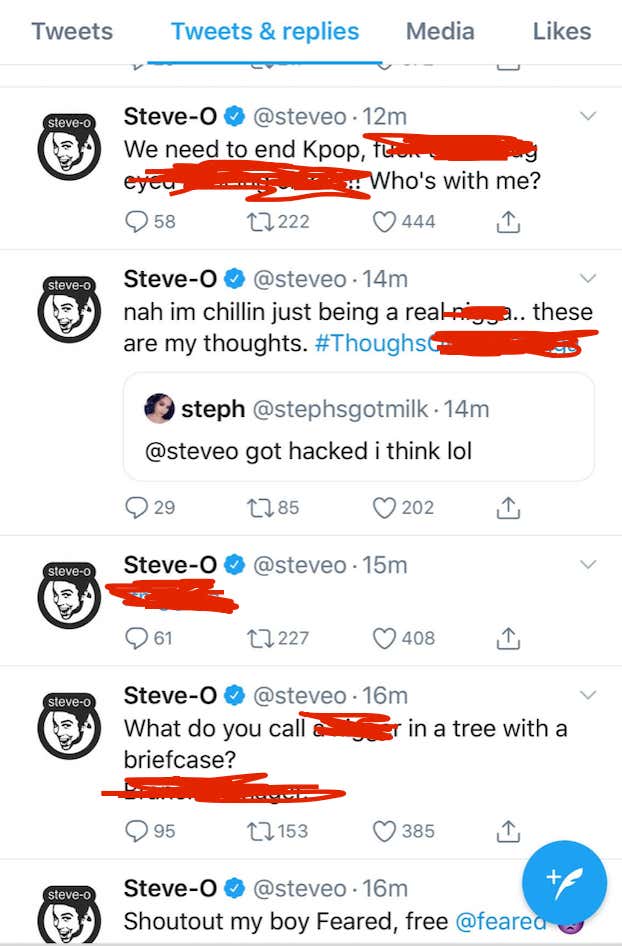 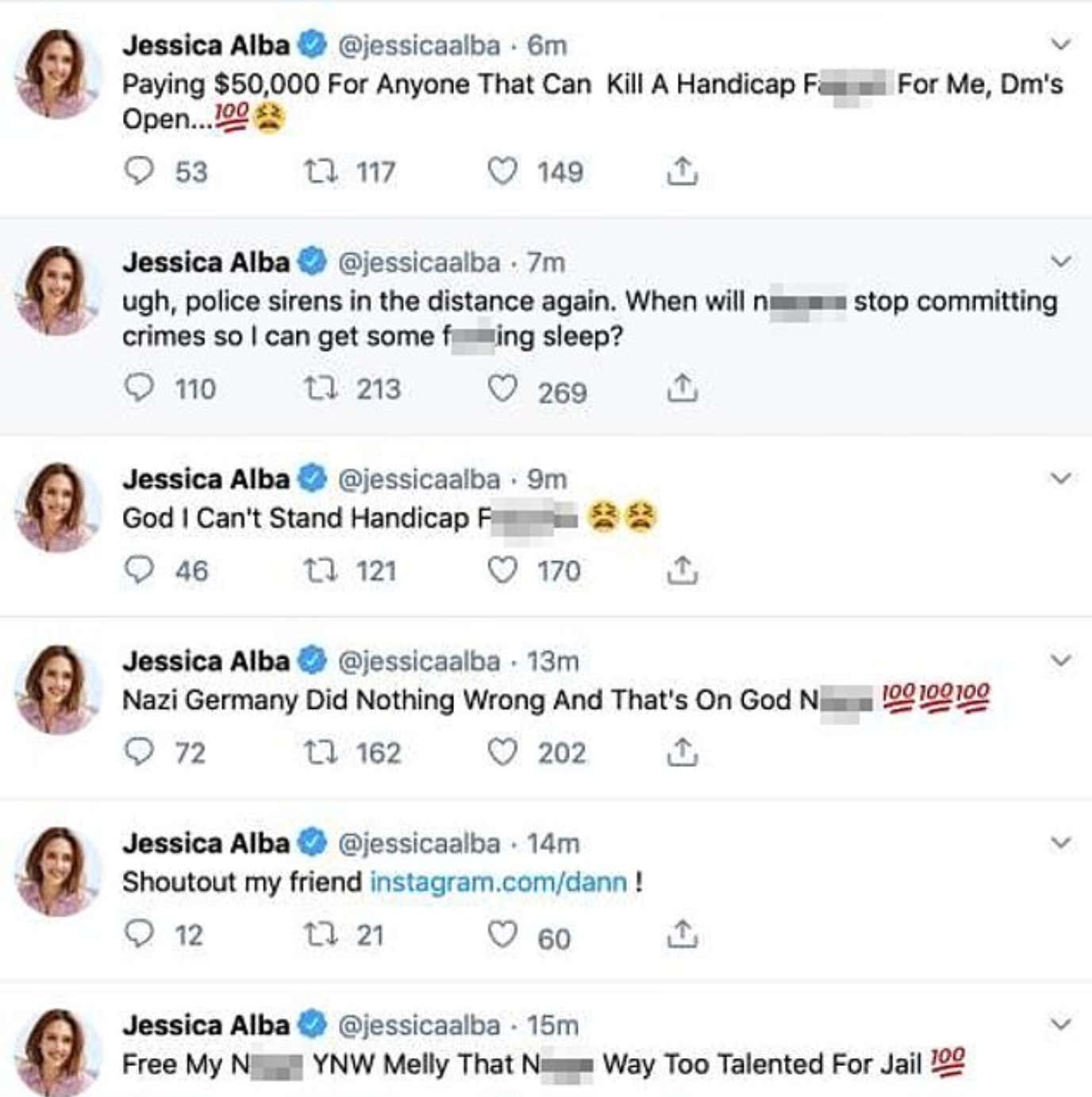 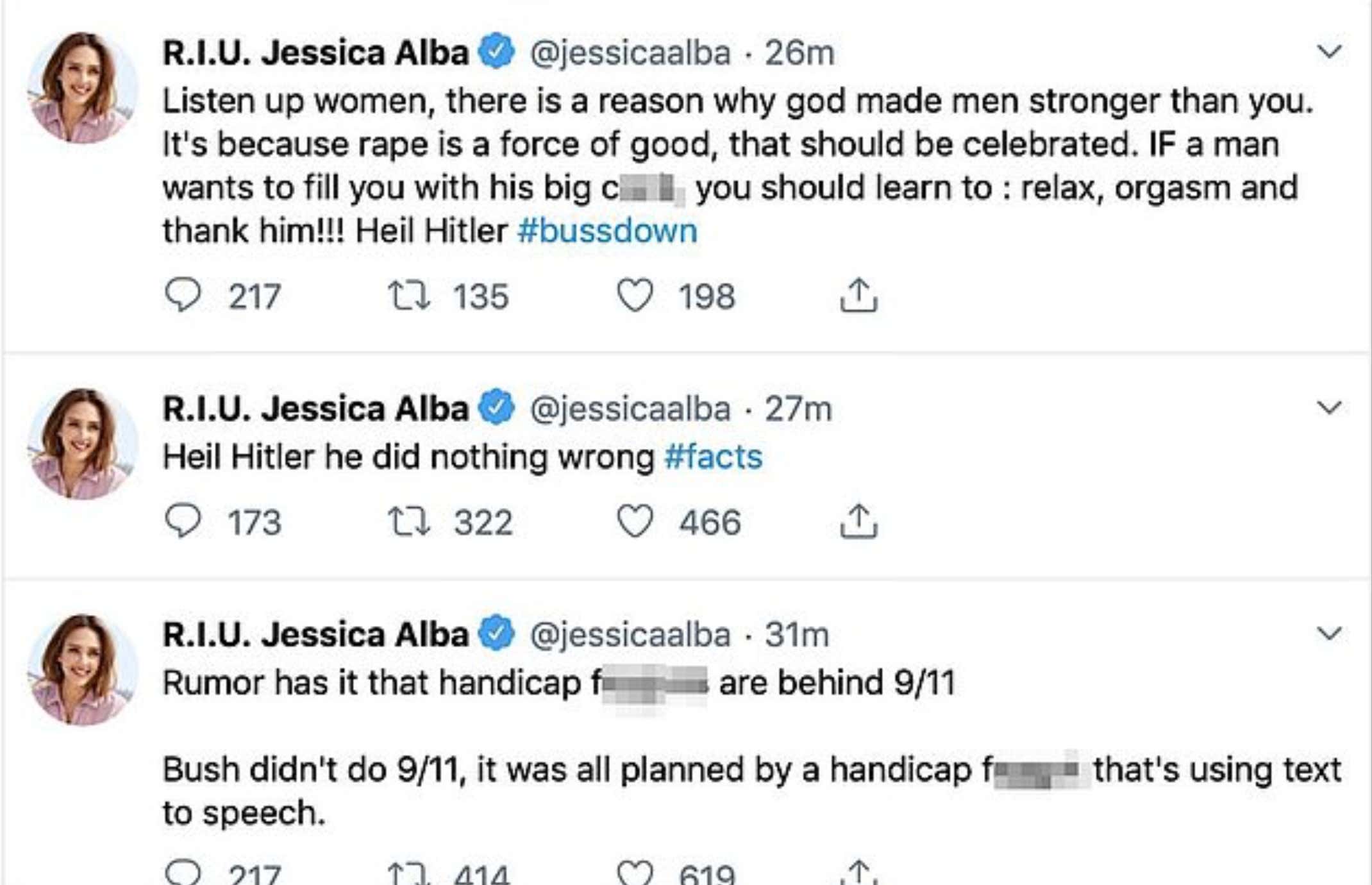 And needless to say, whoever is responsible for this is a LOSER in the highest degree.  Get a hobby, guy.  How long do you sit there and hack away at someone’s password before you get it?  Actually now that I think about it, for Steve-o it was probably just Jackass12345 or something similar.  But for Alba?  Jessica, come on now… you’re like the hottest girl of the 2000s.  Gotta mix in some capital letters and special symbols babe.  There are weirdos that sit on reddit and 4chan (not even sure what 4chan is tbh) that would love to have the first crack at anything that even resembles a Jessica Alba nude.

And as for the “Steve-0 DMing 16 year old girls” comment…. yikes.  He can tell people he was hacked and all of the racial epithets will be forgotten, but that comment is going to be in the back of people’s heads for a LONG time.  Especially now that he’s on a tour where he goes to auditoriums and openly talks about all of the famous celebrities he’s done coke with:

You think Paris Hilton who has a gazillion dollars doesn’t have a little bit of spite in her?  She could offer the dude who hacked his account money to get those screen shots and RUIN Steve-o.  That is, assuming they do exist.  Obviously at this point it’s just hearsay.

Oh and for the record I immediately changed my password on a few different things too.  Can’t be too safe.  It was legit the easiest password in the history of password to guess, too.  Not that anybody gives a shit about the White Sox Twitter chat’s I’m in or the dozen people a day who DM me asking for the best beef joint.  Better to be safe than sorry though.