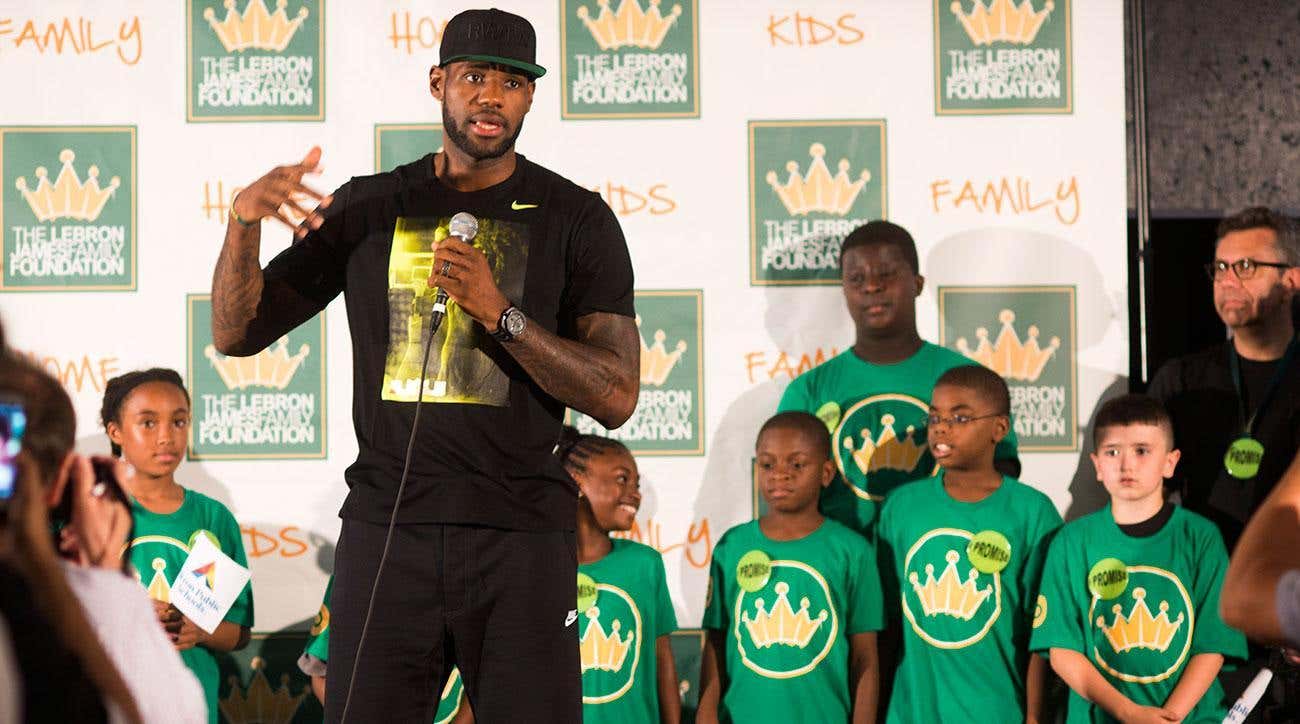 I am not a LeBron James hater. I am a LeBron James realist. And the clear facts of the matter are that he is the greatest basketball player of all time, a liar, a 2x traitor, a narcissistic douchebag, a poor free throw shooter, and a really good person when it comes to the kids of Akron, Ohio. And today is no different. LeBron James has stayed on brand by forcing summers to end early because he has to have the spotlight on him.

King, thanks for the school (well, actually thanks to the taxpayers of the city) and everything, but isn’t it July 29th?? I know the days of early September school starts have fallen by the wayside, but starting school in the month of July should be a federal crime. This is hands down the worst school in the entire world, and there’s nothing you can say to get me to think otherwise. I don’t care what the test scores are. I don’t care about the job and education programs you have for the single parents. July is literally the definition of summer, and kids need summer break. These kids have to HATE LeBron so much. July 29th!!

Now let me put on my best B-Rabbit hat from 8-Mile and say everything you guys were about to say against me:

– Don’t give me some bullshit about how this is a good idea because these kids only get full meals to eat during the school year. I am fully aware of that, and I am also fully aware that you can run a food kitchen each day without making kids sit through god damn math class to get their lunch. LeBron has enough money to buy a couple PB&Js.

– Don’t tell me about spreading out the curriculum and giving more time to learn, either. These kids are in 3rd and 4th grade. They do not need to go to school year-round. They need to have fun. And while they’re sitting in Social Studies, their friends are outside at the pool laughing at those nerds. God damn LeBron you are basically encouraging bullying.

-“They are probably starting earlier so they get more vacations throughout the year” – Shut up, that’s not true. And also it would be a bad idea. I’m good with a couple days off for Thanksgiving and 3 weeks for Christmas. I don’t need anymore vacation time when it’s 25 degrees outside. We’re talking about July here, folks. LeBron is robbing these kids of their August!

– Air Conditioning. Head start on testing. Parents don’t have to pay for babysitting. I DO NOT CARE. Students should not go to school in July.

You guys can sit all day and come up with your best reasons why and I still won’t budge. There is not one reason on this earth why a kid should be going to school on July 29th. LeBron, you should be ashamed of yourself. Just because YOU finally had an extended summer does not mean the rest of these kids weren’t working up until June. Shame on you, LeBron. Do the right thing. Call a snow day tomorrow.