Listen nobody’s as confused about this lineup as me. Chase Anderson is a reverse split guy with crazy success against LHH and we’re going L-R-R-L-R-L-L-L-L. Literally his BA is .293 vs. 160 something so honestly I wouldn’t hate to see the switch hitters stay righty. Although now I’m the one making demands and that’s confusing.

Another thing I’m confused about is Javy not taking any walks in July. His .302 OBP and Average should never equal each other. That’s a bad trend heading into the end of the season. Not that I’m freaking out or anything I’m just saying we should probably take inventory on which guys are willing to beat average divisional pitching.

The current sweetheart of Cubs Nation is Ian Happ, but that’s only because he hasn’t actually fucked anything up at the major league level yet. Absent from all discussion is the fact he earned himself a healthy 4 month stint in AAA to start the season. Career 109 wRC+ aside, you have to think he was pretty shitty for them to keep him down for so long. Not that he sucks forever or won’t be good. Just curious how and why everyone wants to look past that like it didn’t happen.

It would be nice if we could all temper expectations and even better if the younger core of the Cubs wanted to step up and be the wagon we were promised.

And if you think I’m overreacting it’s because I totally am because that’s what happens when you start a 9 game road trip like this: 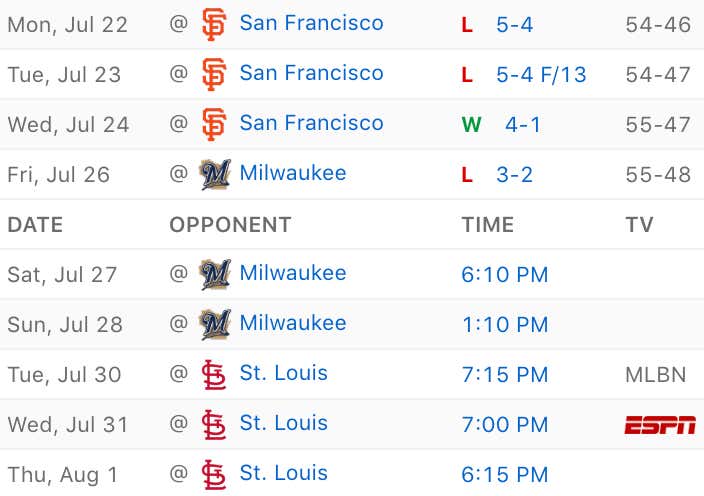 Especially when you could very easily be 4-0 on this stretch provided there was one fucking modicum, iota, fraction or sense of consistency coming out of the bullpen. 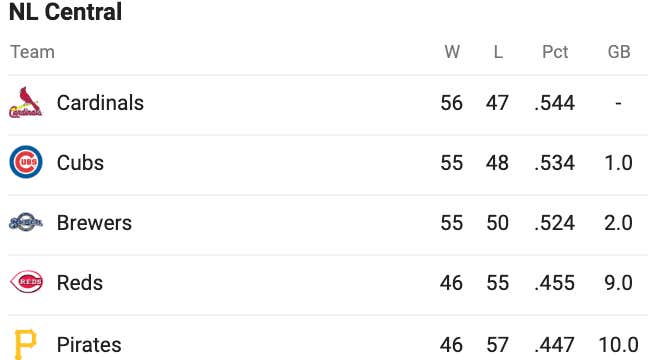 Like I said though (I never said this) I’m not freaking out.

I’m just blowing some steam so we can enjoy ourselves in a few hours when the Cubs snap out of this and start tagging mediocre pitching.

4 runs off Tyler Beede wasn’t enough. 2 runs against Gio Gonzalez is a laugh factory. We get another bite at the apple tonight with Chase Anderson which is more than enough overwhelming mediocrity to go around. So let’s have at it and feast on his completely forgettable, average, utterly replaceable stuff while giving Jon Lester just enough breathing room to do that Older Brother thing where he throws 8 scoreless and hits a bomb. Just feels like that kinda night DEAR GOD GIVE IT TO ME.

Don’t take Jon Lester out in the 5th. Please.