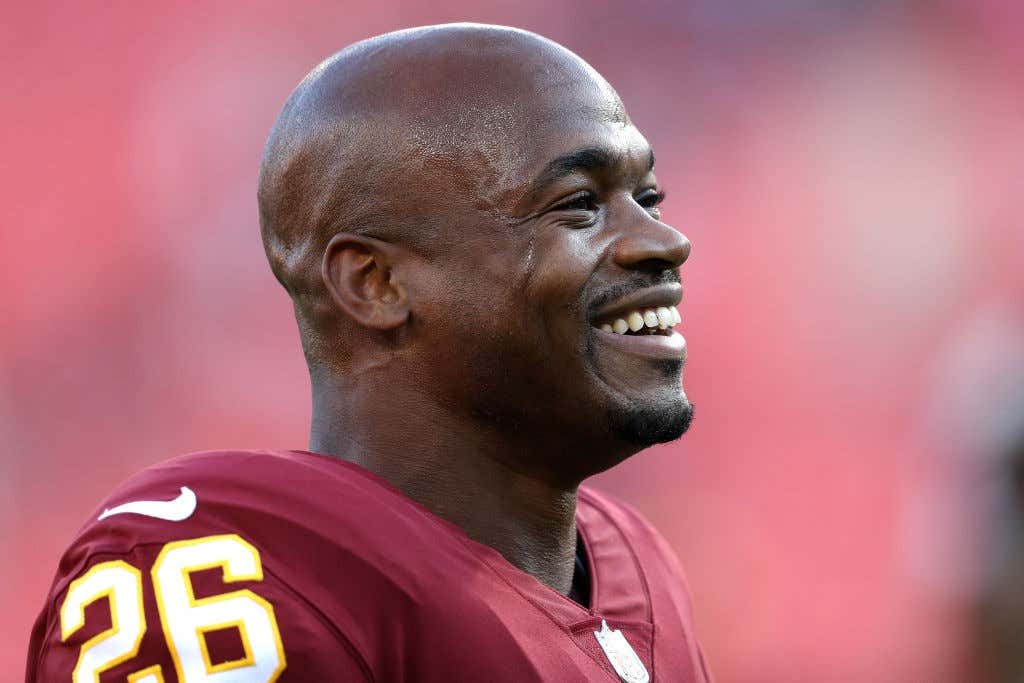 Pro FT - Washington running back Adrian Peterson has made about $100 million in salary, and millions more in endorsements, during his NFL career. But he’s deep in debt after his lawyer says he trusted people who ripped him off.

“The truth behind Adrian Peterson’s current financial situation is more than is being reported at this time,” attorney Chase Carlson said in a statement. “Because of ongoing legal matters, I am unable to go into detail, but I will say this is yet another situation of an athlete trusting the wrong people and being taken advantage of by those he trusted. Adrian and his family look forward to sharing further details when appropriate.”

The statement came hours after TheAthletic.com reported that Peterson is being sued in Pennsylvania for failing to pay back a $5.2 million loan. In two separate matters, judges have ordered Peterson to pay $2.4 million to one creditor and $600,000 to another creditor.

These stories are always pretty sad. I’d like to have some take like “It’s crazy that this happens to people, especially when you have every resource at your expense”, but I have come to believe that it’s not incredibly uncommon at all to think you are getting that great advice and it blows up in your face. I mean even think about Fyre Fest guy, he swindled some extremely smart, successful people. I cannot imagine how many more people like him exist out there who get into the ear of professional athletes and gut their bank accounts. This isn’t the first time we’ve seen a story like this, and it certainly won’t be the last. As they say, mo’ money, mo’ problems. And while I don’t think that’s true at all, when you read a story like APAD being in debt despite having one of the most successful NFL careers of the last decade, you begin to understand it.

He owes upwards of $5 million to one creditor and $3 million to others. I mean..that’s tough. I hope we learn the in’s and out’s of what actually happened here because it is really hard to fall into that sort of debt unless you invested in Curt Schilling’s video game company. Good thing the Skins gave him another shot in the league, so he’ll be able to pay some of this back over time.