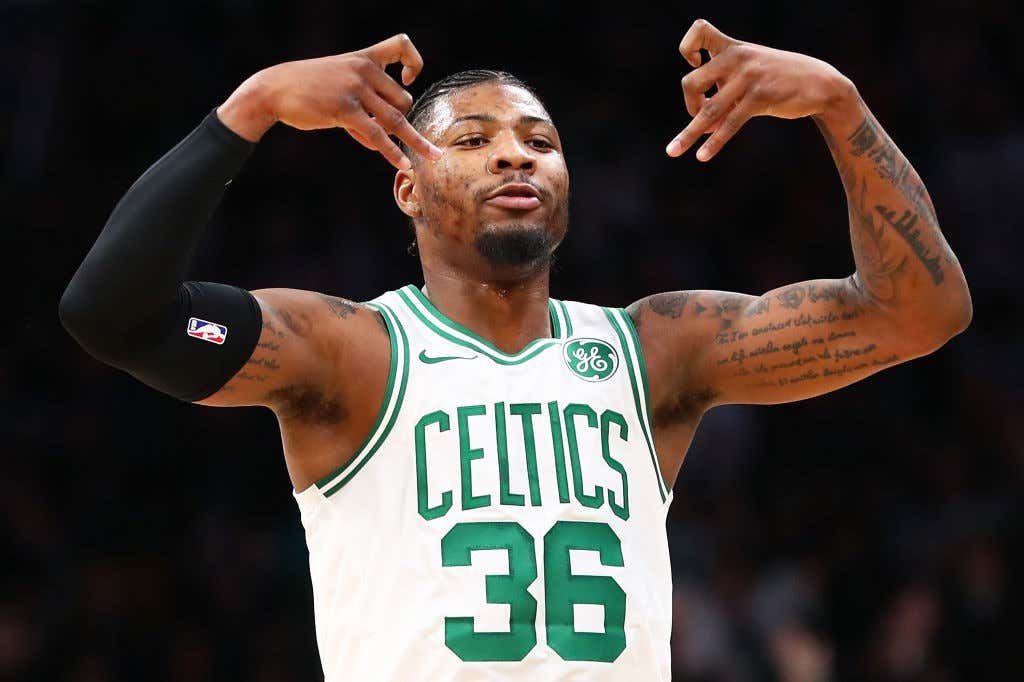 Live look at me and Celtics fans everywhere

This is it. This is why we collectively stan for Marcus Smart. I don’t know about you but that tweet has me ready to run through a goddamn wall. You see, as Celtics fans we’re pretty easy to win over. It doesn’t take much, hell you don’t even have to be all that good for us as a fanbase to ride or die with you. Really it comes down to two things, at least for me

1. Show me you want to be here and embrace being a Celtic

Aside from Smart’s All NBA defense, his ability to guard all five, yes I said five, positions and his knack for making huge winning plays in crucial moments, nobody on this roster embraces being a Celtic more than Marcus Smart. It’s why I will never give a shit what his shooting looks like (even though it’s creeping up towards respectable) because I know he gets it. He knows what it means to play for this franchise, you heard him say it. Playing for Boston means everything to him and I’ll tell ya what, after going through this offseason with people who made it clear playing for Boston was NOT everything to them, and sadly yes that includes Al Horford, I’ll admit I needed to read that. It feels good to know this team means as much to Smart as it does to the rest of us. That’s corny, but it’s the truth.

And then to shoutout his fellow teammates and franchise cornerstone players?

My word there is so much chemistry already it’s seeping through my computer. Rest assured Kemba has already made it known he has no plans of withdrawing

and I would think Tatum has a real legit shot to make the roster as well given who has already opted out. Even before Smart sent this tweet I talked yesterday about how I want all four of Kemba/Jaylen/Tatum/Smart to play on Team USA because that group forming a bond is extremely important to the success of this team. It’s not uncommon for players to give us fans fluff and simply tell us what we want to hear, but when Smart talks about being a Celtic and his love for this organization you get the sense it’s truly sincere. It’s probably why Ainge forked over that $52M extension and it’s why HE is the true captain of this team.

The good news is, we all love him right back.