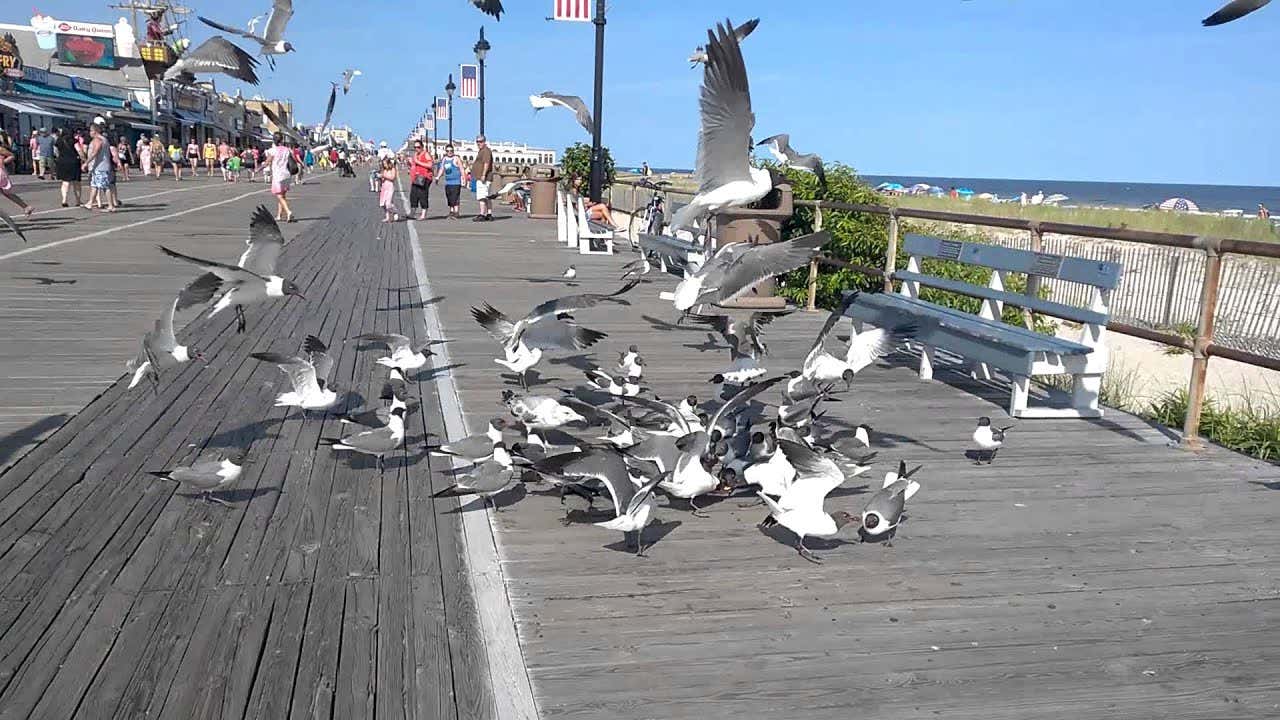 NJ.com – Seriously, just stop feeding the birds on the beach, a New Jersey mayor is telling residents and visitors.

“Some people think it’s funny to feed the gulls and see them swarm,” Ocean City Mayor Jay Gillian wrote in a letter posted on the town’s website on Friday. But the birds have become increasingly aggressive and are snatching food out of people’s hands, posing a public safety hazard, he warned.

People caught feeding wildlife on city property could face a fine of up to $500 or 90 days in prison, or both, according to an ordinance database maintained by the Ocean City Clerk’s office.

Last week I wrote a blog titled, “Seagulls Are Fucking Assholes, Man”. You probably remember the blog because who could miss it? I’m pretty sure it will eventually be nominated for a Pulitzer Prize somewhere down the line. It was some top-notch journalism, if I do say so myself. But the overall premise of that blog was that seagulls are, in fact, some of the biggest assholes in the world with absolutely zero remorse.

With that being said…I don’t necessarily think that human beings are off the hook here. Because it’s not like seagulls just became assholes overnight. It’s not like seagulls are just a bunch of assholes by nature. Seagulls are the goddamn worst because humans made them that way. More specifically, humans who just vacation at the beach for a week or so once a year. Because when you’re only on the beach for a couple days per year, you still think that feeding seagulls makes you “one with nature”. Little do you know, you’re just evolving these birds into little winged terrorists. And it needs to stop right heckin’ now!

I would love to see somebody get thrown in jail for feeding the seagulls. I am praying that it actually happens because that will be my favorite blog to write. Imagine just sitting there in a prison cell. Everybody’s going around the room talking about what they’re in for. You’ve got one guy who got busted selling some coke. You’ve got another guy in there for armed robbery. One guy says he’s even in for murder, wow! And then you’re up. You just heard all of these people admit to some pretty serious and violent crimes, and you have to say “uhhh yeah well I thought it would be fun and cute to feed a few potato chips to the seagulls on the beach”. I just hope you’re prepared for the dementors.