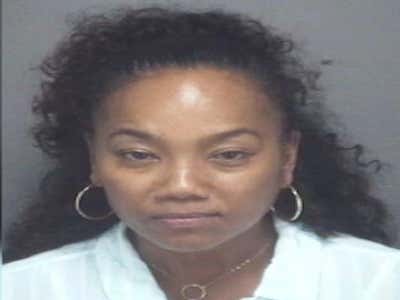 Variety- Sonja Sohn, the actress who appears on “The Chi,” was arrested over the weekend in North Carolina on a charge of cocaine possession. Sohn, best known for portraying Det. Kima Greggs on “The Wire,” was booked and released from the Dare County Detention Center in Manteo, N.C., according to a statement from the Dare County Sheriff’s Office.

Sohn was a passenger in a car that was pulled over at 12:02 a.m. Sunday near the Washington Baum Bridge. According to the Sheriff’s office, a police dog alerted on the vehicle, and officers conducted a search. Officers discovered cocaine, as well as drug paraphernalia, inside a purse in the car, the authorities said. Sohn, whose legal name is Sonja Denise Plack, was booked on a felony cocaine possession charge, as well as misdemeanor charges of possession of marijuana paraphernalia and drug paraphernalia. She was released on a $1,500 secured bond.

I know the article, the police report, and the criminal record says otherwise. However lets be honest, that right there is Kima Greggs’ mugshot. Not Sonja Sohn and DEFINITELY not *Goes to The Chi’s IMDB page* Laverne Johnson’s. But Detective Shakima “Kima” Greggs.

Which makes Greggs getting arrested for having some blue tops on her so shocking. You tell me McNulty got pinched for coke, I’d believe you. Hell, I’d almost expect he was doing it off a hooker’s ass while driving with a BAC somewhere in the triple digits. I also wouldn’t put it past Bunk, Herc, or any of the other degenerates in the BPD to dabble with some of the finest Greek imports sold by whoever is running the Baltimore corners in 2019. But Kima was seemingly above all that bullshit. Forget about breaking a law. Detective Greggs wouldn’t break protocol or even cut a corner. She would say “Sometimes things just gotta play hard” instead of pointing out the person everyone knew shot her in Season 1 while laying half alive in the hospital because of the code she lives by. Same goes for why she ratted out two of her most beloved coworkers at the end of Season 5 for making up a serial killer because it was the right thing to do. Out of everyone on the good side of the law, I never thought this phrase would pertain to Detective Greggs. Yet here we are. 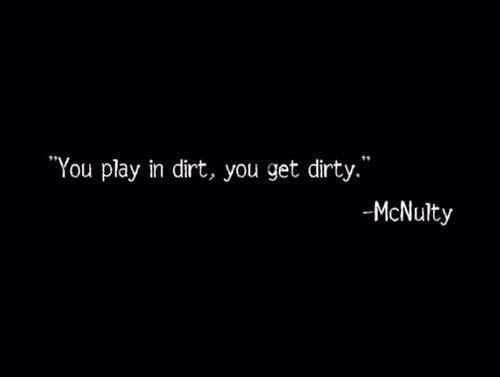