James Holzhauer, the man who dominated Jeopardy this year, also applies his brainpower to betting on sports. And he has a tip he’s willing to give away publicly heading into this football season: Don’t bet on the Browns to win the Super Bowl.

“I would say that the big thing to avoid is look away from the teams that have all the hype surrounding them. I can’t believe we live in a world where the Cleveland Browns are the most hyped team in the preseason. But I would say they’re probably the single worst bet to win the Super Bowl right now.”

Okay, but how smart is Jeopardy James really? Like if he were THAT much of a genius, wouldn’t he still be on Jeopardy and not doing talk shows? It’s not like we’re talking about Ken Jennings here. If Jeopardy James were that smart, he wouldn’t have wagered a measly $1399 on his final Final Jeopardy ever…. 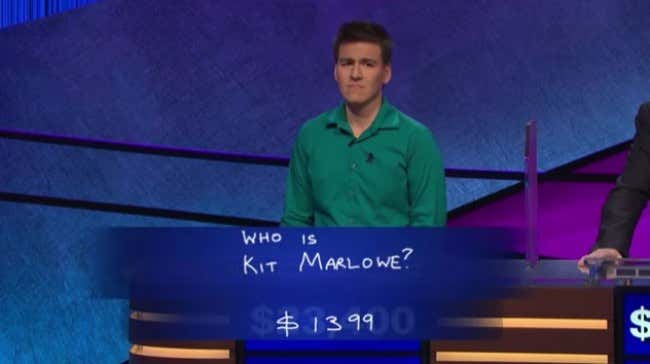 Look, I’m not trying to say that he’s not at least semi-intelligent, but I am 100% confident that there are worse bets out there. Let’s see….would you rather be carrying a betting slip that has the Browns at 16/1 or the Bengals at 100/1? Or what about the Dolphins at 500/1? And for those of you that like dude, the Dolphins for sure! You could get rich! Yeah, just hand me your cash next time before you flush it down the toilet. If the Dolphins win the Super Bowl, I’ll cut off my own dick.

The fact of the matter is that the sheer amount of talent on the Cleveland Browns makes them a viable Super Bowl bet. They’re 16-1! It’s not like they’re the favorites. But can people say the general public (and the people of Cleveland) have too high of hopes for this upcoming season? Sure, that’s fair. Just last year we were coming off a 1-31 stretch and we still have only made the playoffs once (2002) since returning to Cleveland in 1999. I’ll admit even I’m a little nervous of a 1st year coach managing this much personality. But there’s no denying that they Browns have the TALENT to be very, very good this year. And if Vegas were offering the Browns at 30/1 it would legally be considered theft.

So shut up, Jeopardy James. Go read a book, nerd.