For the first time, the All-Star Game is postponed due to rain, as summer shower washes out the mid-summer classic at RFK Stadium in Washington. The game would be played a day later on Wednesday afternoon with players needing to get back quickly as the season resumes a day later. The National League would win the All-Star Game 9-3 as Willie McCovey of the San Francisco Giants is named MVP with two home runs. 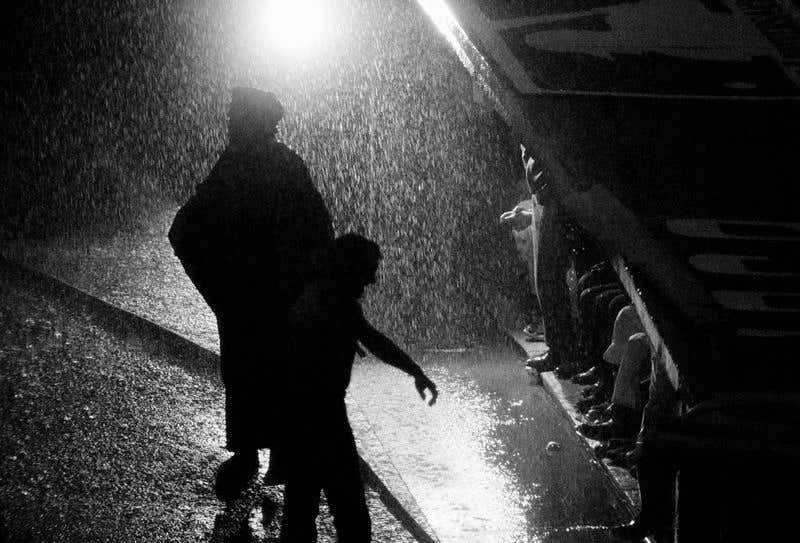 With summer weather comes thunderstorms that occasionally interrupt baseball games. For the most part, the All-Star Game has been fortunate. In 1952, the midsummer classic at Shibe Park in Philadelphia was shortened to five innings with the NL winning 3-2. In 1961, one of two All-Star Games ended in a 1-1 tie, when rains halted a game at Fenway Park in Boston. The rainout in on Tuesday Night in Washington was the first time that an All-Star Game was rained out. The game would still be played the following afternoon at RFK Stadium. The only change was that President Richard Nixon handed off the first pitch duties to Vice President Spiro T. Agnew as he had to head to California to prepare for the landing of Apollo 11 after its return trip from the moon.

Red Schoendienst of the St. Louis Cardinals chose his own pitcher Steve Carlton to start for the National League, while Detroit Tigers Manager Mayo Smith chose Mel Stottlemyre of the New York Yankees to start for the American League. The NL got a run right away as Frank Howard of the host Washington Senators dropped a fly ball by Atlanta Braves star Hank Aaron, allowing Matty Alou of the Pittsburgh Pirates to score the first run. The National League added two more runs in the second, as Johnny Bench of the Cincinnati Reds homered with Cleon Jones of the New York Mets on base. The American League got their first run in the second when Howard atoned for his earlier error with a solo home run.

In the third inning, the National League blew the game open as Willie McCovey homered off Blue Moon Odom of the Oakland Athletics with Aaron on base. Later they got three more runs as Felix Millan of the Braves doubled in Cleon Jones and Bench, and later scored on a single by Steve Carlton. In the bottom of the third Bill Freehan of the Detroit Tigers homered to make it 8-2. McCovey added a second home run off Tigers 30-game winner Denny McLain in the fourth, while Freehan had an RBI single off Bob Gibson of the Cardinals in the bottom of the inning.

It would be the game’s final runs as pitching took over, with Bill Singer of the Los Angeles Dodgers, Jerry Koosman of the Mets, Larry Dierker of the Houston Astros and Phil Niekro of the Braves allowing just two hits over the final five innings for the National League who won the game 9-3 to continue t extend their winning streak to seven games. The American League back end also was able to slam the door shut allowing just one hit over the final five innings, with Dave McNally of the Baltimore Orioles, Sam McDowell of the Cleveland Indians and Ray Culp of the Red Sox on the mound.

In subsequent years the only other All-Star Game affected by rain was 1990 at Wrigley Field in Chicago that had a midgame rain delay of an hour.