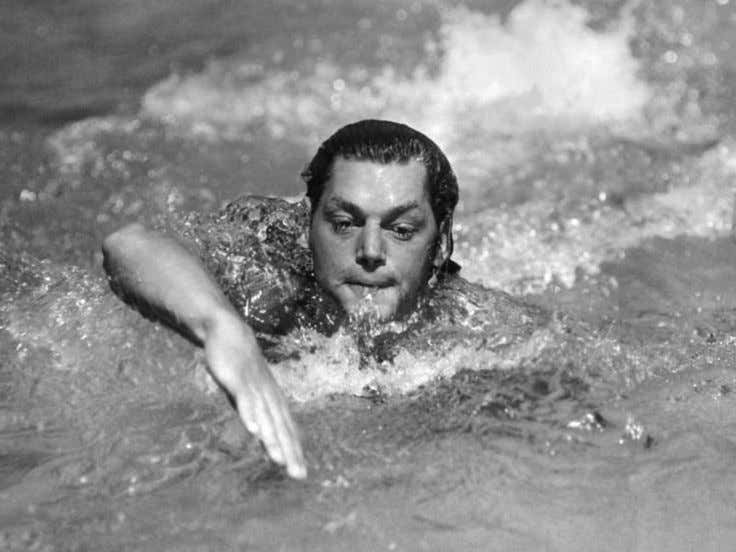 American Johnny Weissmuller becomes the first to swim the 100 meters freestyle in under one minute in Olympic competition to win gold at 1924 Summer Games in Paris. Weissmuller, who set a World Record of 57.4 seconds in February, wins in a time of 59 seconds in an American podium sweep. Hawaiians Duke Kahanamoku and his brother Sam finish second a third respectively.

Johnny Weissmuller was born on June 2, 1904, in Hungary. A year later his family emigrated to the United States settling in Western Pennsylvania. At the age of nine Weissmuller developed polio after his family moved to Chicago, doctors recommended that he take up swimming as part of his recovery from the debilitating disease. He later swam competitively at school before dropping out to work various jobs including a lifeguard. It was there he caught the attention of trainer Bill Bachrach. There he showed the ability to be one of the top swimmers in the world. To assure getting a United States passport and compete for Team USA, his parents lied and gave passport offices his younger brother’s birthdate and claimed he was born in Pennsylvania.

In 1922, Johnny Weissmuller became the first swimmer to swim the 100 meters in under one-minute beating Duke Kahanamoku who held the World Record previously. Weissmuller continued to win competitions setting a new World Record in February of 1924. At the 1924 Olympics, Johnny Weissmuller was a big part of an American medal haul as he set an Olympic record beating the Kahanamoku brothers as part of an American sweep in the 100 meters. Duke Kahanamoku had won Gold at the 1912 Olympics in Stockholm and the 1920 Games in Antwerp. He later helped popularize surfing a longtime popular sport in his native Hawaiian Islands. Weissmuller went on to win two more Gold Medals in Paris, taking the 400 meters freestyle and running as part of the American 4 x 200-meter relay. He also won a Bronze Medal as part of the Team USA Water Polo Team.

Johnny Weissmuller would return to Olympic competition in the 1928 Olympics in Amsterdam, winning Gold Medals in the 100-meter freestyle and the 4 x200 relay. After his swimming career was over, Johnny Weissmuller embarked on a career in Hollywood. In 1932 he was cast in the title role in the movie “Tarzan the Ape m=Man”. Johnny Weissmuller would come to become the definitive Tarzan as he played the famous king of the jungle in 12 films in a 16-year period. Later after losing the role of Tarzan he played a similar role named “Jungle Jim” in a series of movies and television shows.