Lately I’ve been posting these lineup preview videos before each Cubs game. Basically a quick little breakdown of 1-9 with a scouting reporting on-brand with my weird brain. And I do it because everyone loves bitching about the lineup and I’m no exception so it’s kind of a community.

Anyways yesterday the boys were off which meant no lineup preview just kidding no days off.

Instead this time there was no actual lineup to preview so I made my own lineup card based on Who Got The Most Hammered At Jon Lester’s Charity Event Wednesday Night. 1-9. This time I did it on my way to pick up some cannolis from our local Italian deli.

But then the wheels started turning because filling out a lineup card for something ordinary like getting loaded was pretty fun. Made me think there could be some other lineups I can create and this is how we got to this blog so let’s keep moving and introduce what we’re doing. 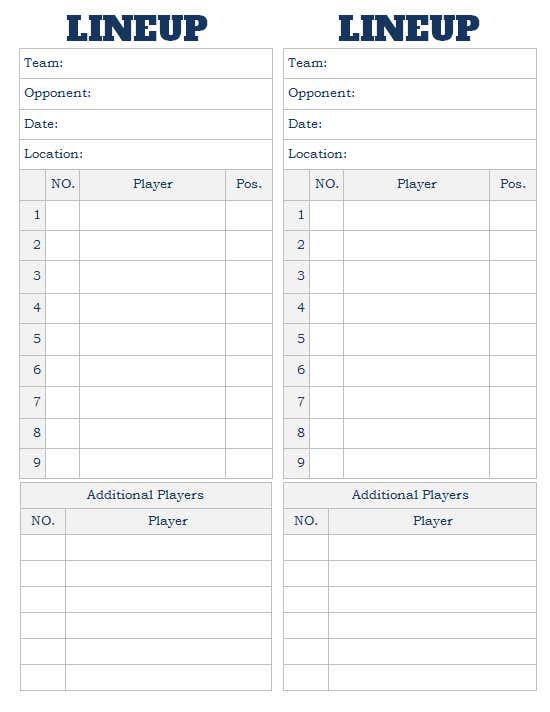 Everyone everywhere has been slated in a batting order at some point in their life so no need to blow up the basics. It’s 1-9 and you’re balancing your talent across the board.

In this case, I want to build a 1-9 lineup out of current Chicago athletes that I want to party with. It’s as simple as that. Here’s what I’m looking for:

1. Leadoff hitters got to set the table so I need a dude who can talk to women, command a bar staff’s attention, knows the social scene around town and isn’t afraid

2. Someone who knows the cocktail list upside down, inside out. Always knows the appropriate dress code and generally a versatile friend you can take anywhere with you. Polished, trusted and a natural leader.

3. Coolest guy in the room.

4 & 5. The Heavy Hitters. One of them always has a pack of cigs and the other carries lefthanded cigs if you know what I mean. Willing to chug anything at any time and keep the party going well into the morning provided there’s enough beer and someone’s got a bluetooth connection to the wireless speaker you got at the company Christmas party.

6. Defensive minded type that would beat the fuck out of anyone who started shit with your boys, but is otherwise extremely quiet. He’s got some demons he doesn’t talk about. Extremely loyal. Has a long-term, long-distance girlfriend and a remarkable gym routine.

7. The younger guy who is just happy to be there. Probably underdressed and doesn’t have any money but the fact he’s a cool guy and maybe works with someone else here allows him to naturally socialize with you guys. You don’t mind him hanging around.

8. Crusty veteran. Grizzly and hilarious, he can smell a sexually transmitted disease from across the room. He’s got everyone’s back and will always listen because he’s seen some shit and wants you to avoid the same mistakes. Doesn’t really party as hard anymore so his numbers are down, but when he does it’s fucking crazy. Play Big Or Stay Home like you read about. Champion

There’s your criteria. Let’s not make a fuss about it.

With that, here’s my 1-9 of current Chicago Athletes:

1. Zach LaVine – so much confidence. so much money. loves looking good and feeling good and playing good. This is a slam dunk ZING

2. James McCann – idk if he’s cool but I trust him with my life and he’s not even the Cubs’ catcher. Apparently he handwrites 3-page long scouting reports before every game and is the most polite, kind, nice teammate in the world. Sounds like the perfect buddy to plan a road trip with or in this case, keep the group organized throughout the night as we get fucking hammered. Closing bar tabs, ordering ubers, just being an all around versatile dude.

3. Javy Baez – coolest guy in the world much less my group of friends

4. Jon Lester – this is a country boy’s Country Boy and on an empty stomach there’s no telling what kind of damage he can do. He’s surrounded by guys that tee him up perfectly and I like him posting up all night.

5. Kyle Long – lineup protection never looked so good or killed so much beer

7. David Bote – doesn’t belong at all but he’s here because he keeps doing well at work and the older guys are starting to like him but he doesn’t say a fucking word the whole night except when he offers to pay for everything

8. Duncan Keith – old man strength like you read about. The hot older guy that knows the scene but is slowed down to just crush it when he wants. Love this guy. Everyone respects him. He gets first dibs on everything and everyone is always happy when he has time to hang out.

There’s your Chicago 1-9 guys I want to party with. Who did I forget?