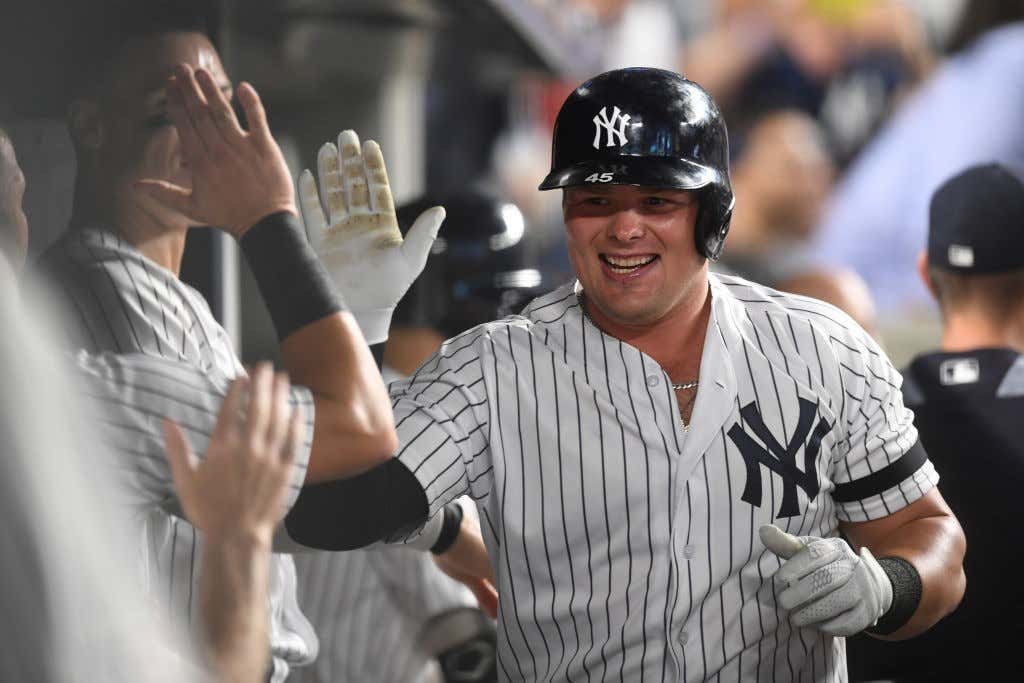 After Monday things were looking shaky. That was the worst loss of the season by far. The offense was scuffling a bit after the ASB and the Rays were breathing down our necks. How did this team respond? Three straight wins. What’s the result? A 62-33 record. The best in Major League Baseball. An 8 game lead in the AL East (10 in the loss column). They just don’t flinch. Whatever you throw at them they just eat and move forward. They are an unstoppable freight train.

Domingo German started as shaky as can be. Two batters. Two home runs. Not your ideal beginning to a baseball game. This could’ve turned into an ugly game quick with the bullpen being needed for a ton of work. Instead Domingo locked in and turned in a great start. After those two homers Domingo did not allow a run, only giving up two more hits in six dominant innings. He’s been nothing but fantastic since coming off the I.L.

Domingo’s great start allowed the offense to get to work, but not before Aaron Boone lost his mind and lit a fire under the offense.

Gio Urshela delivered three big hits, including a two run shot to tie it. Luke Voit had a massive base hit to make it 4-2, something he needed desperately to get out of this slump he’s in. He needed that big time. Hicks put the finishing touches with his blast.

Kahnle, Britton, and Hale combined to shut the door and not let any light in. Easy W.

Game 2 started off weird as well. Chad Green got his 8th start of the year as an opener and proceeded to loaded the bases with nobody out. He then managed to get out of the inning unscathed in a David Robertson-esque way. The Rays jumped out in front a few innings later off Nestor Cortes, but that’s all they would get. One measly little run. Not enough.

Charlie Morton was dealing through 4 innings, but that’s where his fun ended. Voit jumped on a ball in the 5th sending it way out to left-center to tie the game. Really good to see from our King.

An inning later it all fell apart for Charlie, no thanks to his catcher Mike Zunino. This balk in the 6th wasn’t Morton’s fault. I don’t know what Zunino is doing there, but buddy you can’t be flashing your hands like that while he’s delivering the baseball. Thanks for the gift.

Give this team an inch and they’ll make you pay. Didi came right back in laced a single through a brought in infield.

Fresh off his Short Porch appearance, Mike Tauchman scared the Rays so much they decided to walk in a run rather than face him. Smart move.

Big shout out to Cessa and Cortes who combined for 6.2 innings of one run ball in this one. That bridged the gap to avoid using anyone else until Otto shut the door. Can’t say enough about what those guys gave the team in Game 2.

All in all, two easy wins. A great series victory. And the best record in baseball. Full steam ahead. No end in sight. Bring on Colorado. I love this team. Buy a shirt.