Peaky Blinders series five will receive its world premiere tonight (July 18) as the first episode receives a special screening in Birmingham. Those lucky enough to see this early look at the new season may recognise the voice and guitar stylings of multi-Mercury Prize nominee Anna Calvi, who has written a new and original score to run through every episode

This is hhhhhuuuuggggeeeee.  Anyone who has seen Peaky Blinders will agree that it’s arguably one of the most underrated shows of all time.  Now I wouldn’t *quite* put it up there with Breaking Bad or even Game of Thrones (who’s last season sucked complete asshole) but it’s fan-fucking-tastic in every way.

It’s not often a TV show ends perfectly.  The one TV show that couldn’t have concluded better was Breaking Bad.  Truly perfect television top to bottom, from character development, to plot lines, to acting.  Game of Thrones, Sopranos, Seinfeld…. all ended less than spectacularly.

BUT… and without getting into the plot to avoid spoilers, Peaky Blinders S4 ended great.  There was speculation that it wouldn’t return for a 5th season, but that eventually changed and I couldn’t be more excited for it to come back.  Game of Thrones left a salty taste in my mouth but I have high hopes for Peaky Blinders as it will only be their 5th season.  It really hasn’t dragged at all.  Shows that try to extract every possible season out of their characters tend to not do too well.  That’s part of the reason why Breaking Bad was perfect.

If you haven’t seen Peaky Blinders, start it tonight.  Quit lying to yourself, you don’t have shit else to and it’s is A++ television.  Take it from the experts: 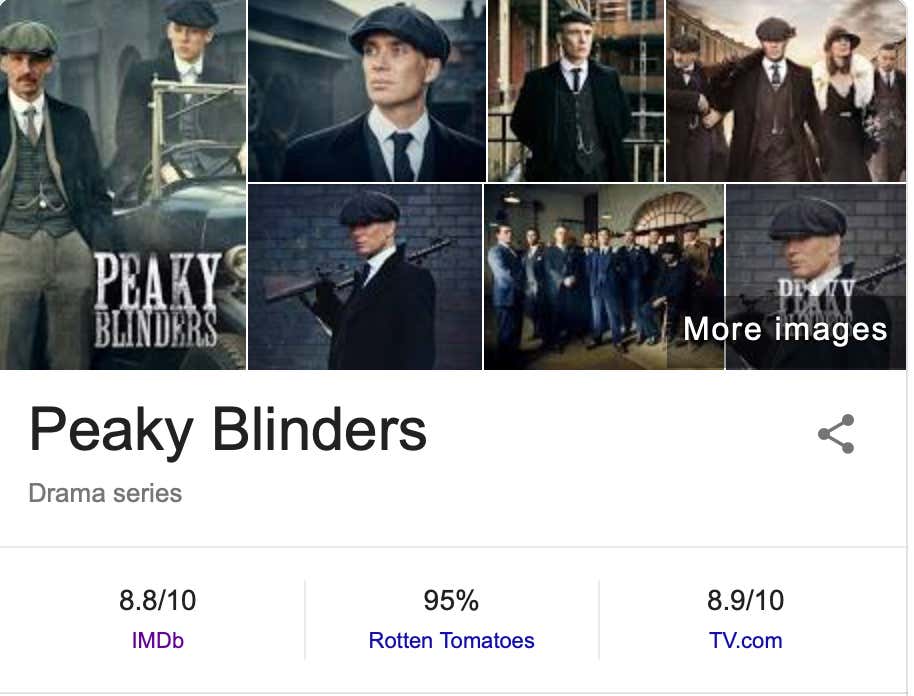 The official season 5 release date hasn’t been released yet, but it’s being speculated that it’ll be sometime in late August/ early September.  So if you’re into Irish/English/Jewish/Italians gangsters all trying to kill each other non stop, I’d catch up now.

PS – every time I watch this show I crave cigarettes and I don’t even smoke.