If you woke up from a coma or are washed up like me and needed to know what’s big on the internet in 2019 in less than 3 minutes, buddy do I have just the video for you. From Old Town Road to Endgame to Keanu Reeves to Mason Ramsey, to a full-blown attack on Area 51.

That sentence shouldn’t make a lick of goddamn sense. But as someone that still is plugged into the fringes of the internet and #meme life, it somehow does. I don’t know if that’s a good thing or a bad thing. But it’s something.

A wise person once said that art is a reflection of the times it was created. And to call this video anything but a masterpiece that perfectly sums up the world it exists in would be incorrect. It may not be “Waterfalls” by TLC or “We Are The World”, but it still gets the point across by taking the biggest song on the internet, the biggest movie on the internet, the most beloved actor on the internet, whatever you consider Mason Ramsey these days, and the meme on the internet with the aforementioned actor becoming a meme within the meme by Naruto running since the troops have no chance to stop more than a million people Naruto running toward Area 51. Again, typing all of that made my brain hurt and to be honest I still probably don’t get like half the references, let alone can explain the ones I do. But since I kiiiiiinda understand what’s going on and you can’t open Reddit or Twitter without one of those things popping onto your feed, I have no choice but to applaud such a piece of art as being an accurate portrayal of the times we live in and for making this frame possible. 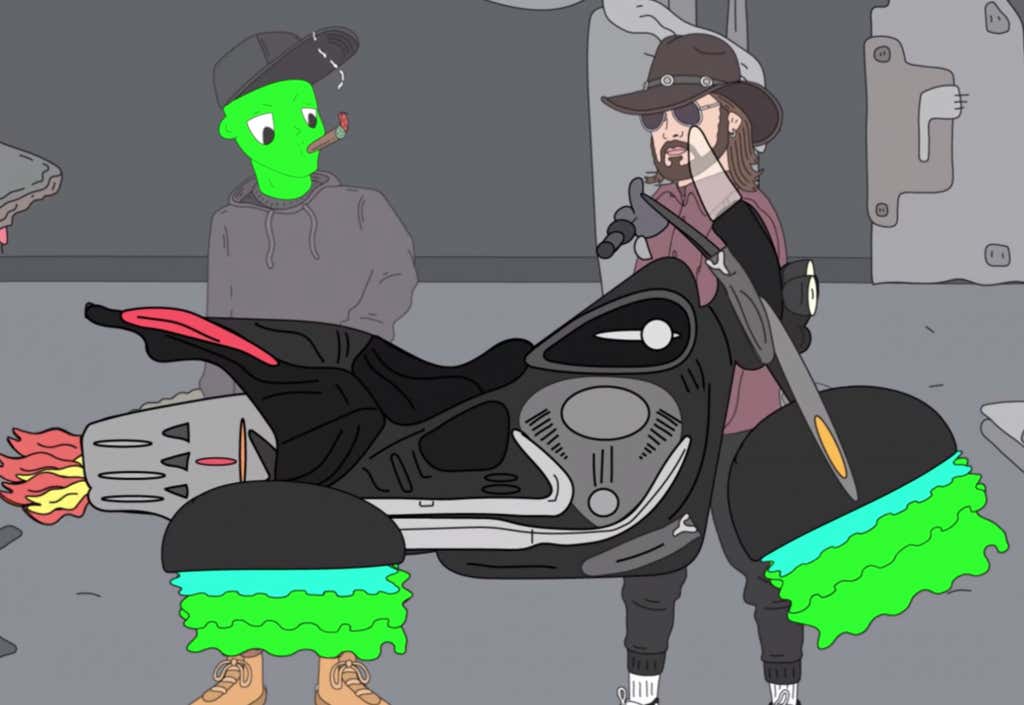 I cannot wait to see who gets added onto the next Old Town Road Remix and whatever glimpse into modern day life the next music video will give us.