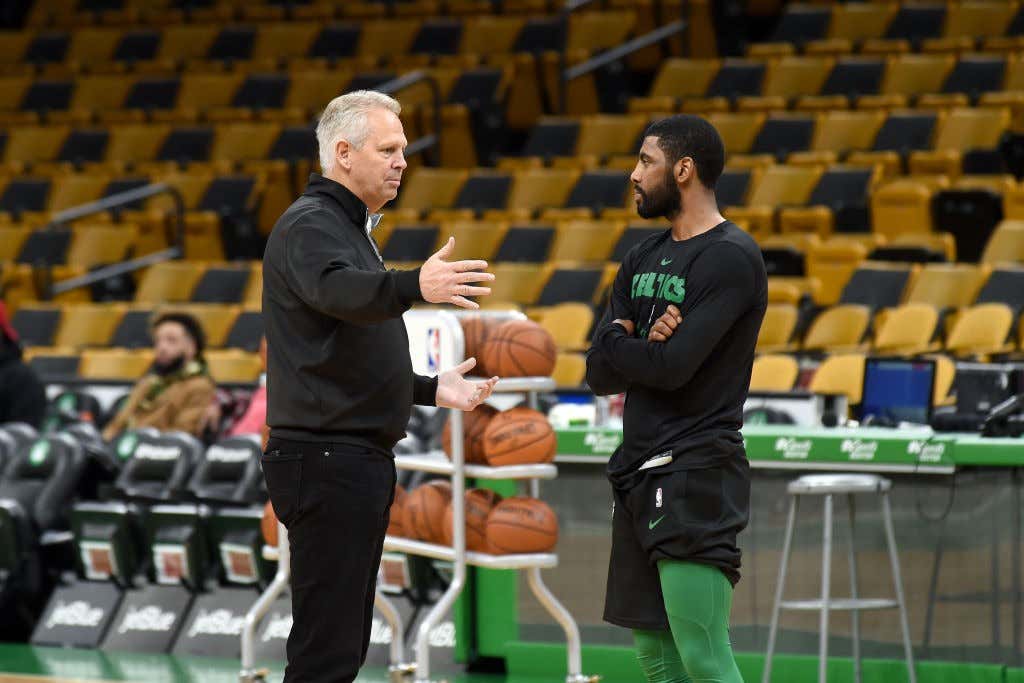 Of all the nuggets that have come out today from Ainge, this one has me scratching my head. I’m not sure I believe that Ainge didn’t really get a sense Kyrie was leaving until March, I mean this happened a full month earlier

If I had to guess, Ainge knew back before the deadline that Kyrie was leaving. We all saw the All Star Weekend video with Durant, we heard his quotes about how he doesn’t owe anybody shit, as much as we all (myself 10000000000% included) wanted to believe what he said back in October was how he really felt, the signs were right there the whole time. If things were that clear to all of us on the internet, I imagine the man who is actually involved in all this stuff had a pretty good idea of what was going to happen back in February.

The thing is, Ainge most likely didn’t pull the trigger in terms of moving Kyrie at the deadline, something that he probably should have done if he knew he was leaving, similar to how CHA absolutely should have moved Kemba if they knew they weren’t going to pay him, because just like the rest of us he wanted to take the gamble on Kyrie for the playoffs. Remember, we hadn’t seen Kyrie in a postseason at that point and collectively we were all buying and trusting the fact that Kyrie wouldn’t stop talking about how he was going to carry this team in the playoffs. If he still ended up leaving so be it, but Ainge probably was holding out hope that a deep playoff run would maybe change Kyrie’s mind.

As we know, Kyrie had the worst playoff performance of his career, was a complete disaster in the MIL series and everything soured from there. That’s one way to look at everything. The other way is that maybe Kyrie didn’t truly make his plans known to Ainge until after the trade deadline passed on purpose. Maybe he didn’t want to be shipped to some random team and miss the playoffs completely or something. Think of the timing of everything, he commits in October, then doesn’t say anything in February, then we get to March and he drops hints to Ainge to the point where Ainge starts thinking of different options moving forward but can’t move him and it’s all before the playoffs start. If that’s really how it went down that’s a terrible look for Kyrie.

Let’s say that’s what happened, it wouldn’t shock me if it was this stretch of March that really cemented things for Ainge 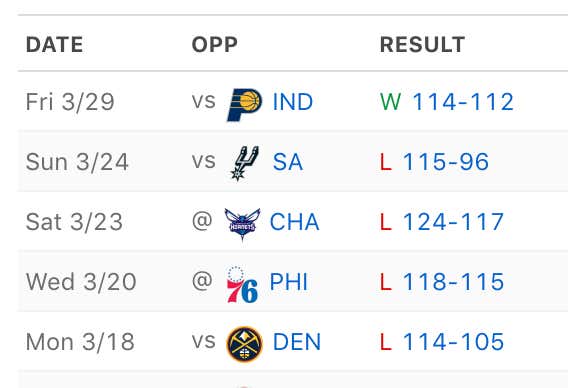 What’s significant about that stretch? Well, given who we know now is the Kyrie replacement, look at what went down during that 4 game slide

It all starts to make sense. By then Ainge knew Kyrie was gone, he had yet another example of Kemba torching this team and outplaying his star point guard, then fast forward to the summer where Ainge finds himself with cap space and who does he land? Kemba.

A typical non answer sure, but now we know by this point he and Ainge knew Kyrie was out the door. They had moved on despite free agency being a month away.

One day I hope we get the full story on how the whole Kyrie Irving era ended. As time goes on and we get these sort of nuggets you can’t help but think Ainge knew Kyrie had him by the balls, and they had to bite the bullet simply because of his talent. Once we learned that his talent failed them in the postseason, hopefully now we’ll learn the juicy details of how things went down.