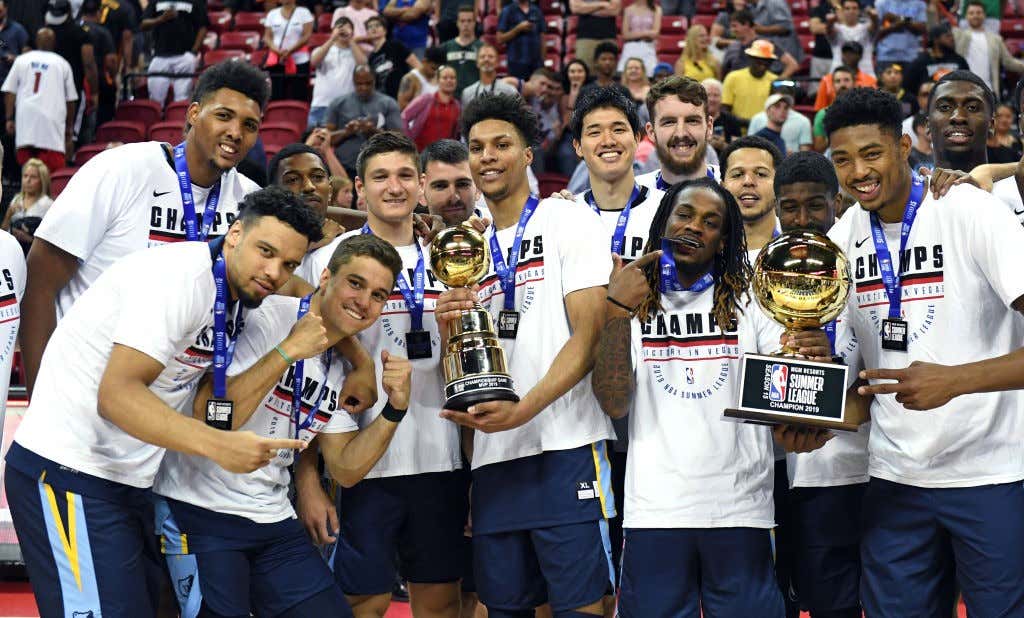 The Memphis Grizzlies became an NBA franchise in 1995. Since then they’ve reached the postseason 10 times and have 7 first round exits, 2 second round exits, and 1 WCF appearance. Safe to say there hasn’t been a ton of postseason success for this franchise. As of late it’s been pretty brutal for everyone involved, since 2014 they’ve never won more than 43 games and just this past season/offseason they traded away two franchise greats as they enter a complete rebuild. Here’s the thing though, the future looks bright as hell for these young Grizzlies and that’s not sarcasm. For starters, Jaren Jackson Jr had a great rookie year and looks like he’s on his way to developing into an absolute beast on both ends. He turns 20 this year. They then got some Lottery luck and landed at #2 where they took this guy

as well as the Vegas Summer League MVP and perhaps the biggest steal of the entire draft in Brandon Clarke. Somehow this man fell to 21, and all he’s done in Vegas is completely dominate

Clarke also won the Championship Game MVP which is basically a Finals MVP, and again Ja Morant didn’t even play in Vegas and the Grizzlies were still able to snag the title. During a time where NBA fans are looking for anything and everything to get overly excited about in regards to their favorite team, things are awesome right now for any Grizzlies fan out there. Let them have their moment of glory because really that’s what Summer League is all about. Even if this is a team that has no chance whatsoever of making the playoffs in the West barring crazy injuries, there is absolutely enough intriguing young talent on this roster to make them a regular as a League Pass team.

I won’t rain on Grizzlies fans parade and give them the history of how teams did after winning the Summer League title or how players fared that ended up winning MVP. We can save that for another time. For now, the Grizzlies are the champs and their rebuild is off to a fantastic start. That’s what matters.