For those who don’t know Rough N Rowdy 9 is 1 week from tonight. Red, White, & Bruised down in the heart of Fayettenam. Gotta be the wildest variety of fighters we’ve had so far. Chicken farmers, car salesmen, frat boys, the list goes on. But some of our best matchups are gonna be the military vs military guys. The Battle of the Branches. We’re gonna find out who really is the toughest out of the Army, Air Force, Navy and Marines. All decided by 3 one minute rounds in the ring. Looking like the
Air Force is already out to an early lead too. 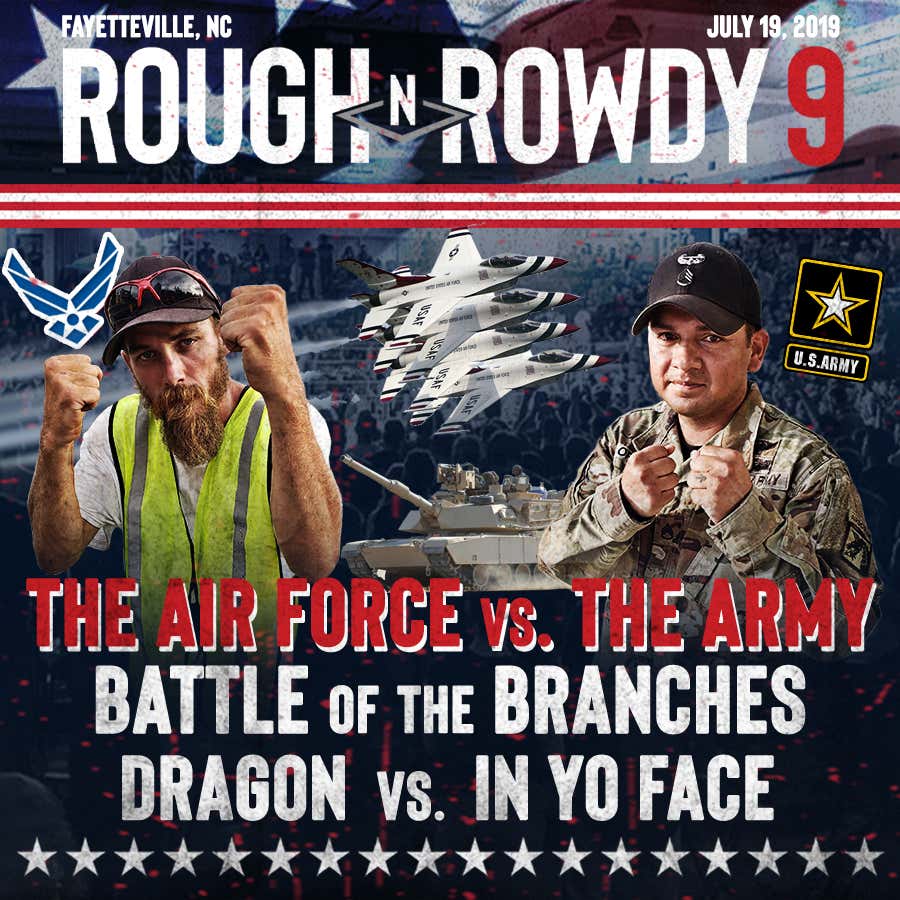