THR- Forget a galaxy far, far away, Kanye West is getting work done right here, right now in his reported development of low-income housing units inspired by Star Wars architecture. According to a Forbes cover story interview recently published, the rapper, designer and entrepreneur is in the midst of creating housing units that resemble what Luke Skywalker lived in on Tatooine in 1977’s A New Hope.

No picture of the units was provided, but Forbes’ Zack O’Malley Greenburg accompanied West to a clearing in the middle of the California woods (specific location not given) where model structures of the Tatooine units are being designed and constructed. “Inspired by Luke Skywalker’s childhood home, West has been working with a team to design prefabricated structures that sport the same austere aesthetic, with the goal of deploying them as low-income housing units,” Greenburg writes. “He tells me they could be used as living spaces for the homeless, perhaps sunk into the ground with light filtering in through the top.”

First of all, it has to be said that the tweet above is maybe the most Mad Libs tweet in the history of Twitter. Robbie started reading it to me and my brain went on a ride crazier than any of the adventure Han and Chewie ever experienced on the Falcon.

Anyway, I was ready to rip Kanye for this because it is completely absurd. How the mind that came up with My Beautiful Dark Twisted Fantasy couldn’t think of something better than remaking the shitty house that had Luke Skywalker praying he would leave that rock revolving around the two suns for poor people is completely preposterous. Poor people don’t want to live in a house modeled after another poor person’s house. They want to live in a regular ass house that has a roof.

If you want to go the Star Wars route, give them some affordable mini Death Stars or Star Destroyers. But not some Tattooine sand igloo. I am Team Jedi til the day I die. But you couldn’t pay me to live in a hut like Luke or Yoda, no matter how hard life has hit me. I know Kanye has made millions by selling clothes and shoes to make middle class idiots look homeless. But once you are designing housing for actual homeless people, spruce it up a bit Yeezy to at least something that looks like a Jawa Cruiser or maybe a stripped down version of the sweet ass housing in Cloud City. 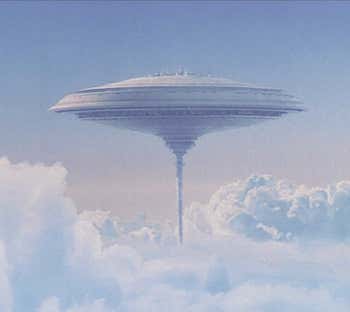