Love the tag line. If I had to guess, I’d say the guy who came up with it is a certified genius. Probably sold the most PPV’s in Barstool Sports history too, which is why it’s being reused. That and because it fits like a fucking glove for this year’s main event. Travis Turman, a man whose initial intro to RnR was prefaced with “he once cleared out an entire gay bar” VS Khaos, the guy who holds the record for fastest knockout in RnR history. It’s going to be a bloodbath. Here’s Khoas’ call out video.

Besides the southern drawl, he like a pretty smart dude. Smart enough to realize that Turman is a MASSIVE piece of shit who needs to be put in his place. He also, “defends the homa-sexuals” so I can’t not love him.

Much more uncomfortable hearing him use the term colored, but whatever. He also didn’t deny he’s a racist. Something I can confirm after seeing his ten-minute unedited rant complete with “I’ll take you back in time” references and a thousand F-bombs. Here’s the mashup of both of them:

As much as it pains me to say, I think that Khaos is going to get destroyed. I don’t even think a real boxer could take Turman down. He’s a dumber version of Lenny from Of Mice and Men- too stupid to feel pain. The only way Khaos wins is if he catches him off guard. Which is a real possibility considering that’s exactly what he did in his last fight. Regardless, I can’t wait for tonight. It probably won’t be a win for ‘love’ but it’ll be a win for everyone who buys the fight. 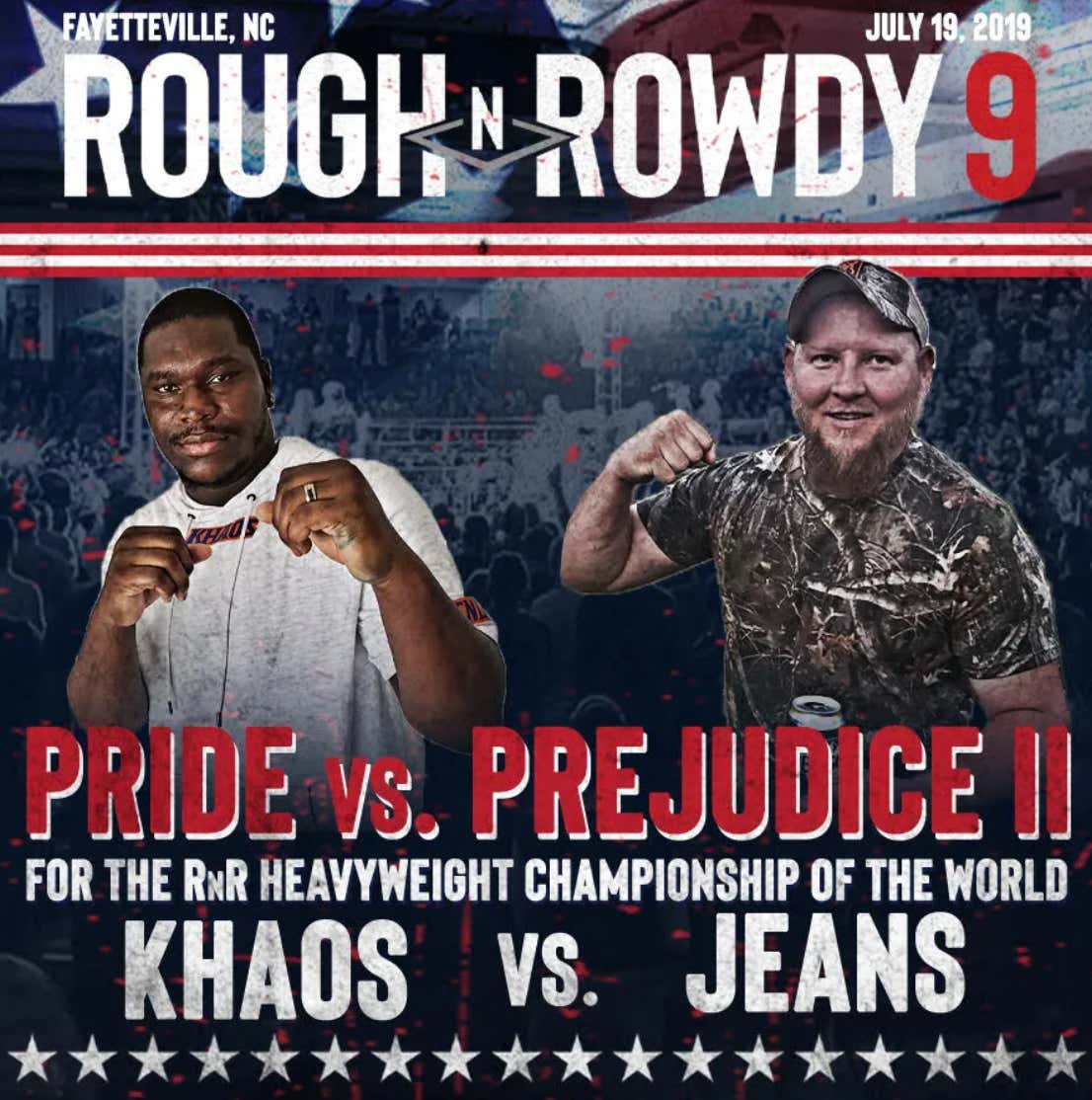