I know this is niche, but this is why you need to buy all the Ty Jerome stock. Disregard the fact that he’s actually damn good and fits what you want with an NBA guard. And now throw in the fact that he’s got that asshole to him – which isn’t a surprise and it’s a compliment. Look at what he did right after UVa won the national title: 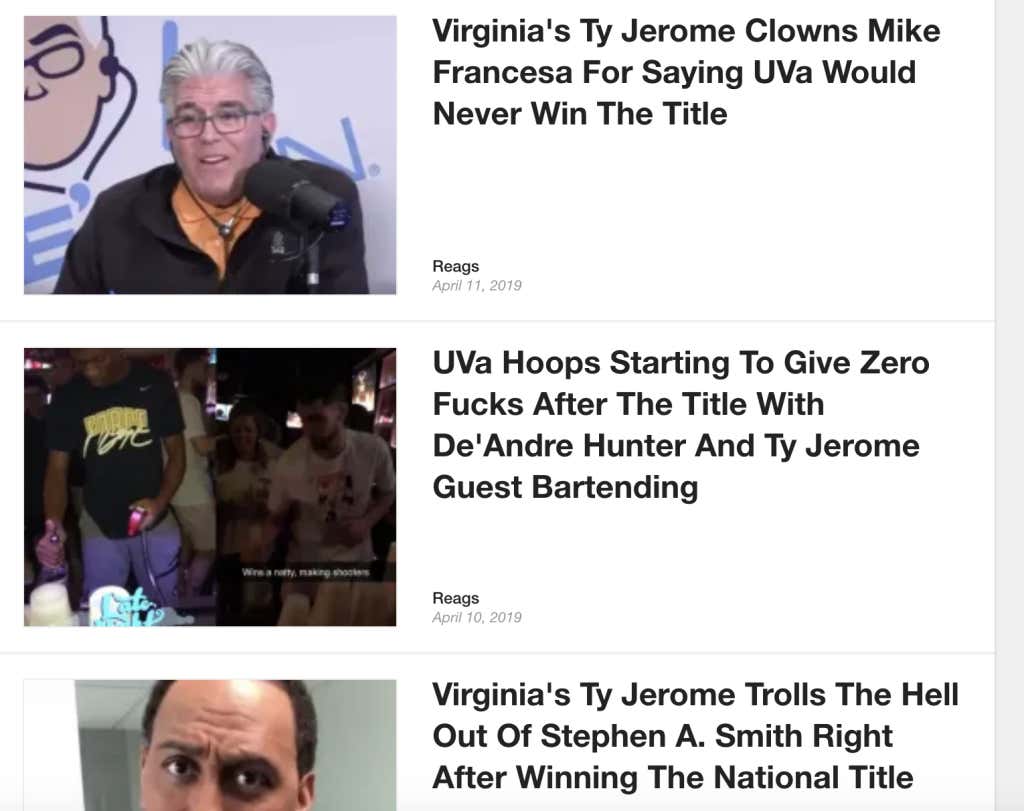 He went right after the Pope and Stephen A. Then he went right to guest bartending and trolling people again. I love it. I’m a bit partial to this Virginia team thanks to an 18/1 future and more importantly being right from the preseason that they’d win it all because they reminded me of that 2015-16 Villanova team. A large part of that is due to Jerome.

And for everyone saying, UMBC still got the last laugh I disagree. Sure, it was an embarrassing loss for Virginia. A historic loss. But, winning a championship the following year is redemption. Especially with it being pretty much the same exact team. If they went out losing just to UMBC then it’s a bit different. Plus, UMBC already has their troll banner forever: