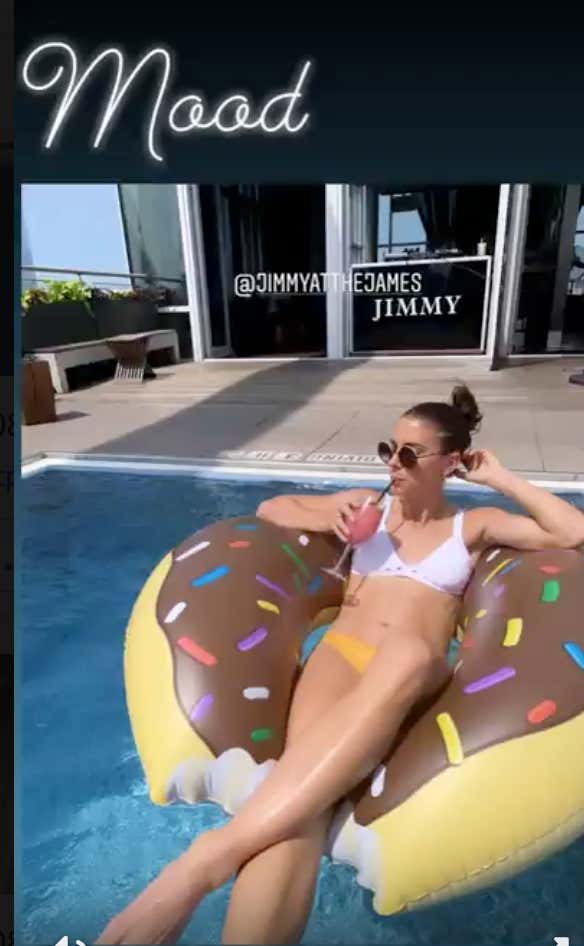 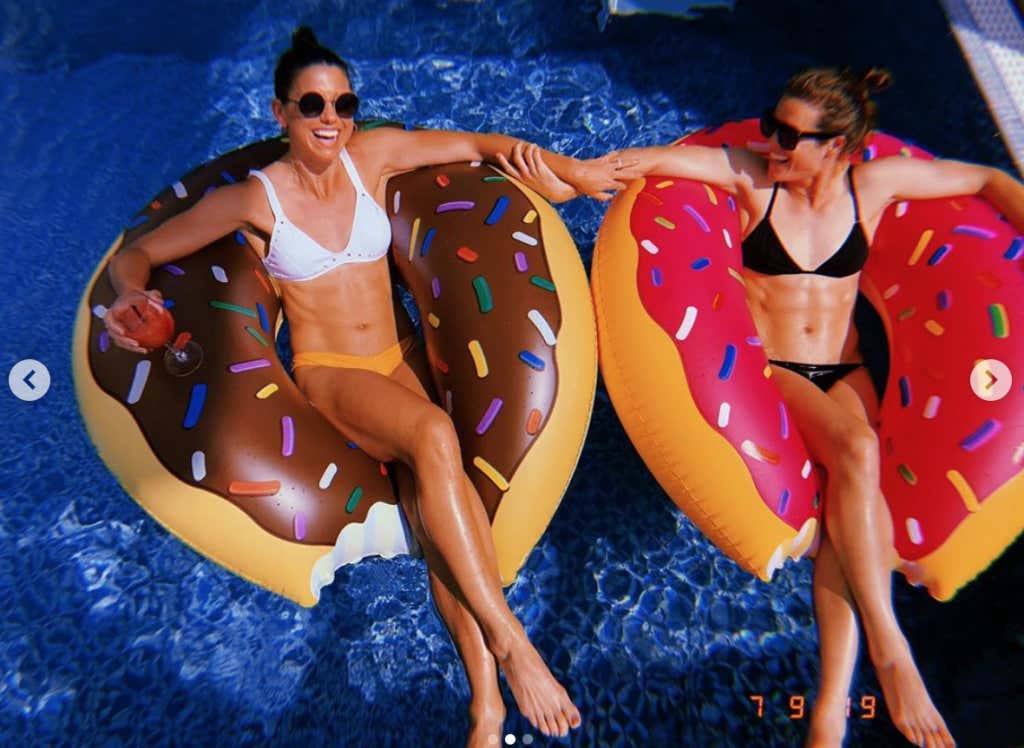 Well, it’s pretty clear here. Alex Morgan is in a mood. I mean she says so herself in the caption. She’s been in one ever since the US won the World Cup. Now, that just so happens to be that the mood is partying. The US team has been drunk as shit since about 15 minutes after the title game ended. Ashlyn Harris has become an IG star with her stories:

This is why I love this team. They just simply don’t give a fuck what any single person thinks. On top of that they just dominate. That’s the best sort of combo out there. But, now they are in full on party mode. Again, Morgan says so herself: 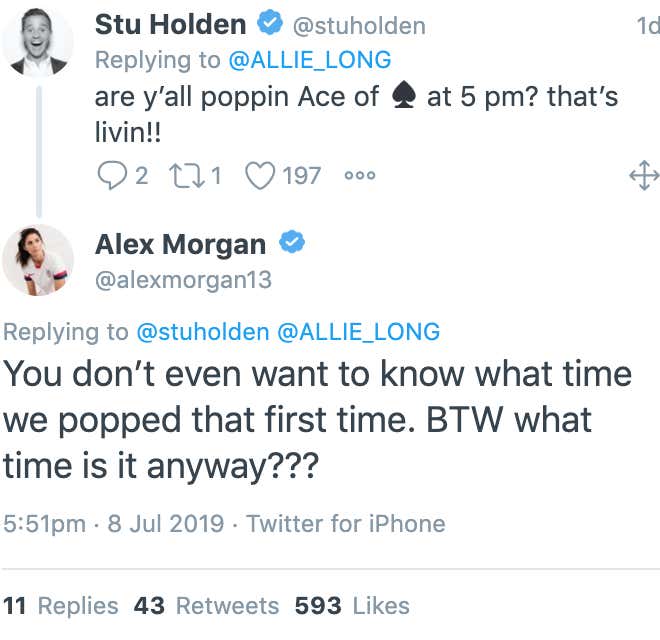 So if Alex Morgan is in this mood, we’re just going to have to sit back and enjoy it.