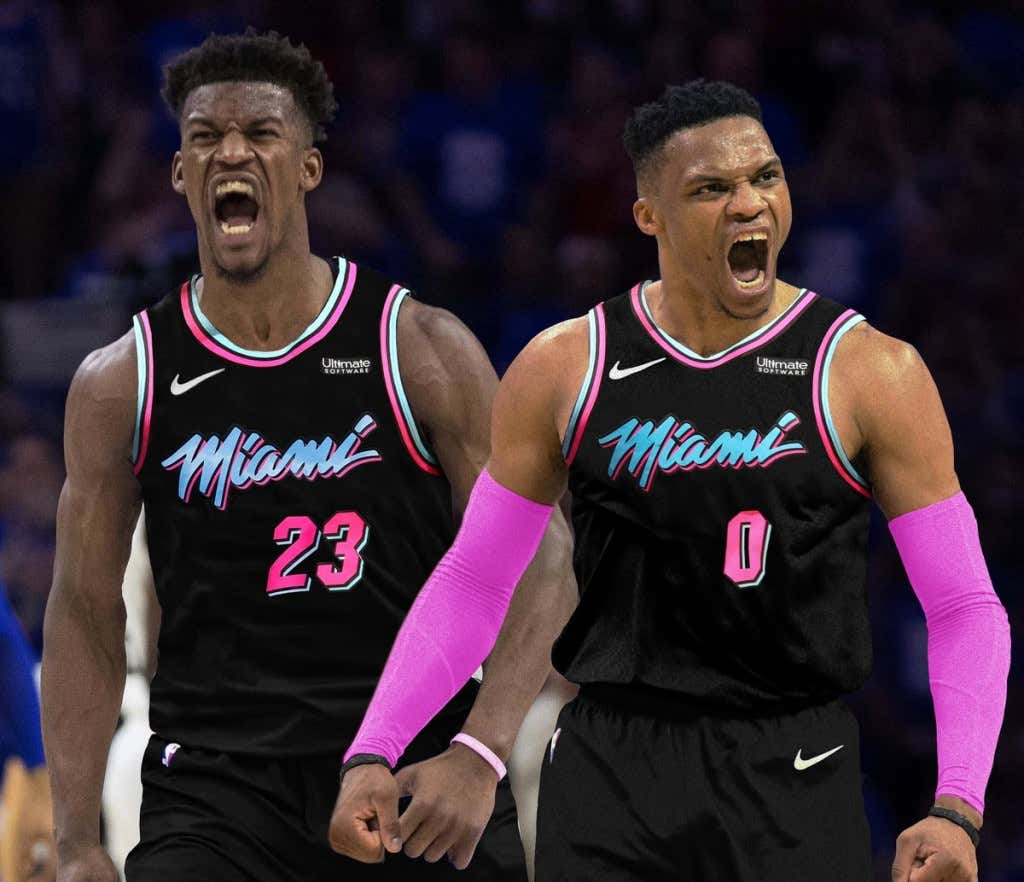 As soon as word broke that Westbrook and OKC were going to explore trade opportunities, deep down you knew Pat Riley was somehow going to be involved. He’s a guy that really doesn’t care about fit, just wants to get as many stars as possible and figure it out later. It’s not an uncommon strategy, and given Westbrook’s salary things do get a little tricky, but from an entertainment standpoint I’m having a hard time thinking of a place I’d rather see Westbrook go. Just think about a world where potentially Jimmy Butler, Russell Westbrook, and Dion Waiters are all on the same team. All of them consider themselves the best player, all of them want the final shot, and all of them have crazy personalities. Would it work basketball wise? I dunno it’s the East so probably, but the sheer volume of entertainment we as fans would get from that trio has to have the Heat in the lead.

Now things are complicated. For starters, OKC owns a couple Heat picks including the MIA 2021 first round pick, so on one hand they are in the business of the Heat being bad, and adding Westbrook to that team might hurt where that ends up. The Heat however do have a combination of contracts to make the money work which isn’t exactly easy given what Westbrook is set to make 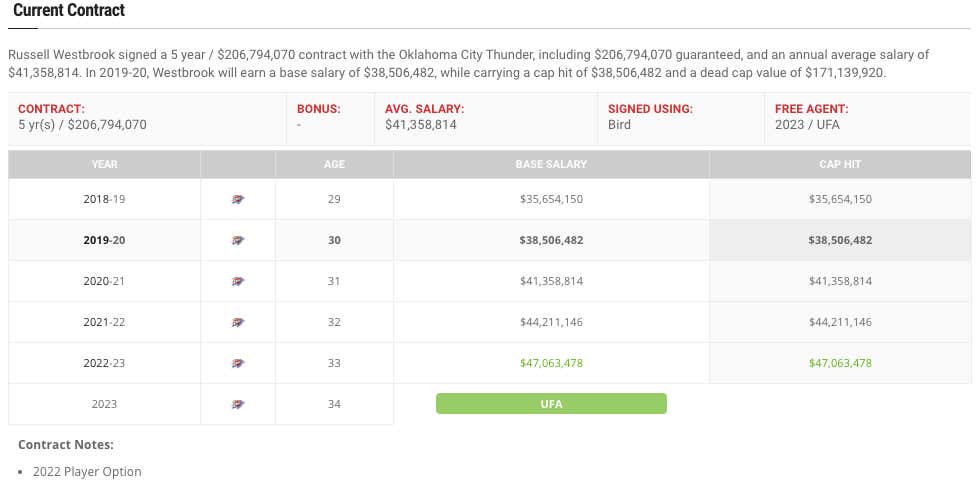 All the reports we’ve had so far make it seem like OKC is going to try and send Westbrook to a place he wants to go to rather than like DET or ORL. In the event they’d have to trade their shooters, having an offense built around the shaky shooting of Winslow/Butler/Westbrook would be tough to watch at times, but again I have no interest in wanting this trade to happen for basketball reasons. It’s all the other stuff that I crave. It’s the arguments in the huddle, it’s the drama in the locker room and ultimately the battle to the death between Russ and Butler that is the driving force for me. There’s a strong chance the entire experiment ages poorly as those two get older and they’ll have like $90M committed between them both. At the same Pat Riley is like 74 years old, you think he gives a shit? Doubtful.

When you think of all the potential landing spots being talked about right now, I don’t see where the better entertainment factor is. Maybe OKC is able to pull off something we haven’t even heard about, they are certainly in no rush seeing as how it’s only July. I just know this. Jimmy Butler went to MIA so that he could be “the man”, and it would be hilarious to see them go out and trade for a player who also fancies himself “the man” who has been driving elite teammates away on multiple occasions.

The basketball world deserves to see what this pairing might look like, and if it happens the early odds on their first fight has to be Thanksgiving. Do the right thing OKC, send Westbrook to South Beach.