The West coast was shooketh this past week after two earthquakes hit Southern California with rumbles felt from LA to Vegas (where, thankfully, Barstool employees were there to document like big J journos)….

….And now it’s the East coast’s turn for nature’s wrath as flooding of record proportions hit the D.C. area this morning, making it like, soooo wet right now.

Much of D.C., Arlington, Montgomery, Frederick, and Carroll counties received 2 to 4 inches of rain, with many areas picking up those amounts in only 1 or 2 hours. Radar estimates close to Frederick, Maryland, indicate rainfall totals over 4 inches. This heavy rainfall prompted street flooding, collapsed trees and water rescues.

In Arlington, Virginia, 3.3 inches of rain fell over the course of an hour at Reagan National Airport early Monday, according to AccuWeather Senior Meteorologist Alex Sosnowski. That’s nearly a month’s worth of rain, as the normal monthly total is 3.7 inches.

Folks, that’s more inches than the genitalia of all D.C.’s ‘proud boys’ combined. Thousands are without power, planes & trains have been delayed, and D.C. traffic is more nightmarish than usual (if you can imagine that being possible). In certain areas, floodwaters rose 11 feet in only an hour & first responders were busy plucking commuters from vehicle rooftops.

Here’s some Twitter posts that highlight the storm taking on Capitol Hill:

Allow me to say both “HARDOOOOOOOOOOO!” and “SEND IT” as this bus driver plows through a rapid, flooding river with a bus full of kids:

How many ‘draining the swamp’ jokes will we have to endure because of this one:

I reached out to my cousin who lives in Arlington & works in Chantilly, VA. He said the 20 mile commute took him almost 2.5 hours this morning, mostly due to flooding right in his own neighborhood. He also had this astute observation: 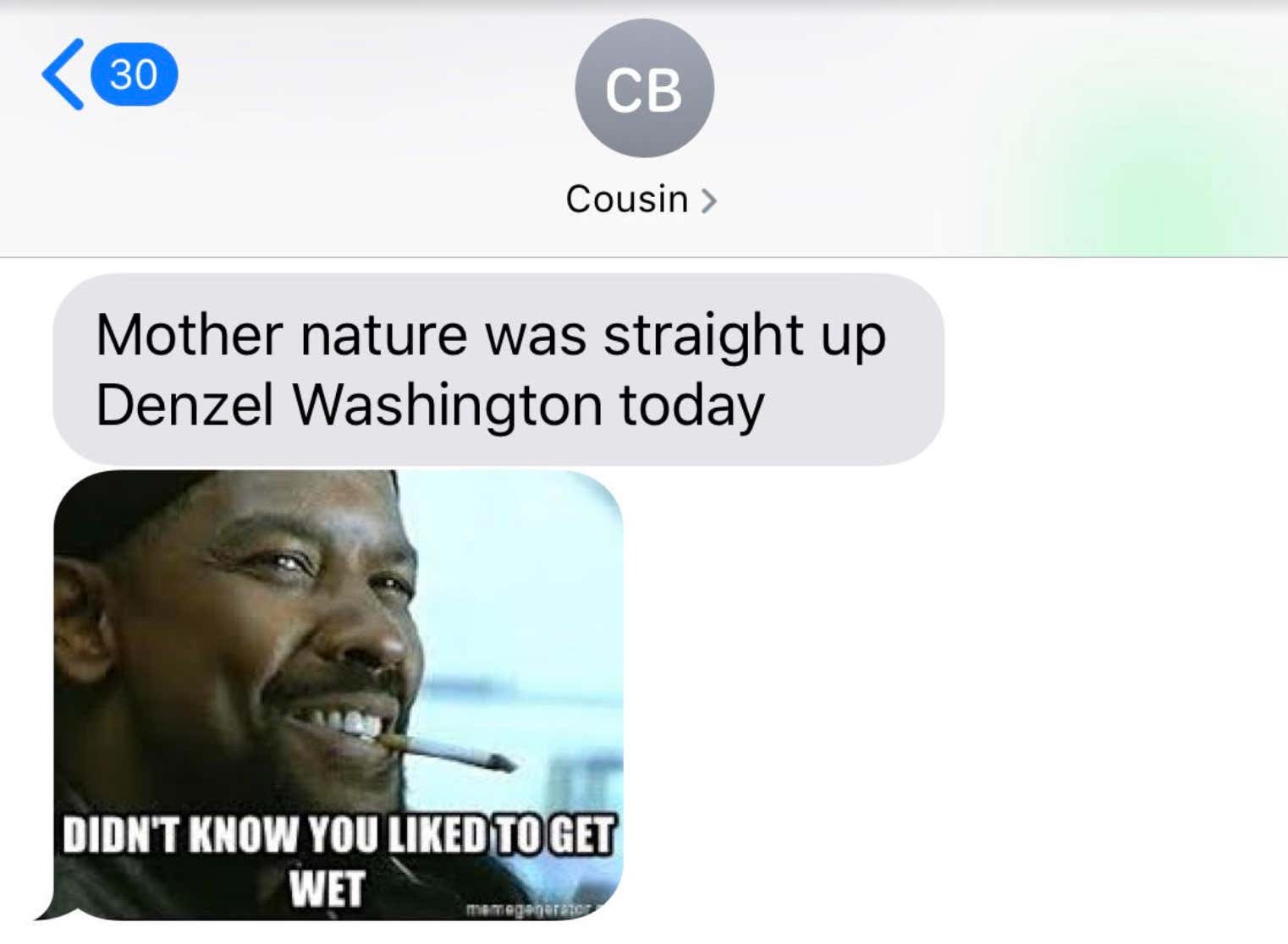 Coming back from a long weekend is difficult enough for people, so I can only imagine the moods in D.C. right now as people slog to & from their jobs in this weather. Ts&Ps.

In closing, while flood warnings are still in effect, a friendly reminder that just 6 inches of moving water can knock you down and 2 feet of water can sweep your vehicle away, but that you’re invincible if you have a Jeep with a snorkel on it & have consumed 3+ energy drinks.