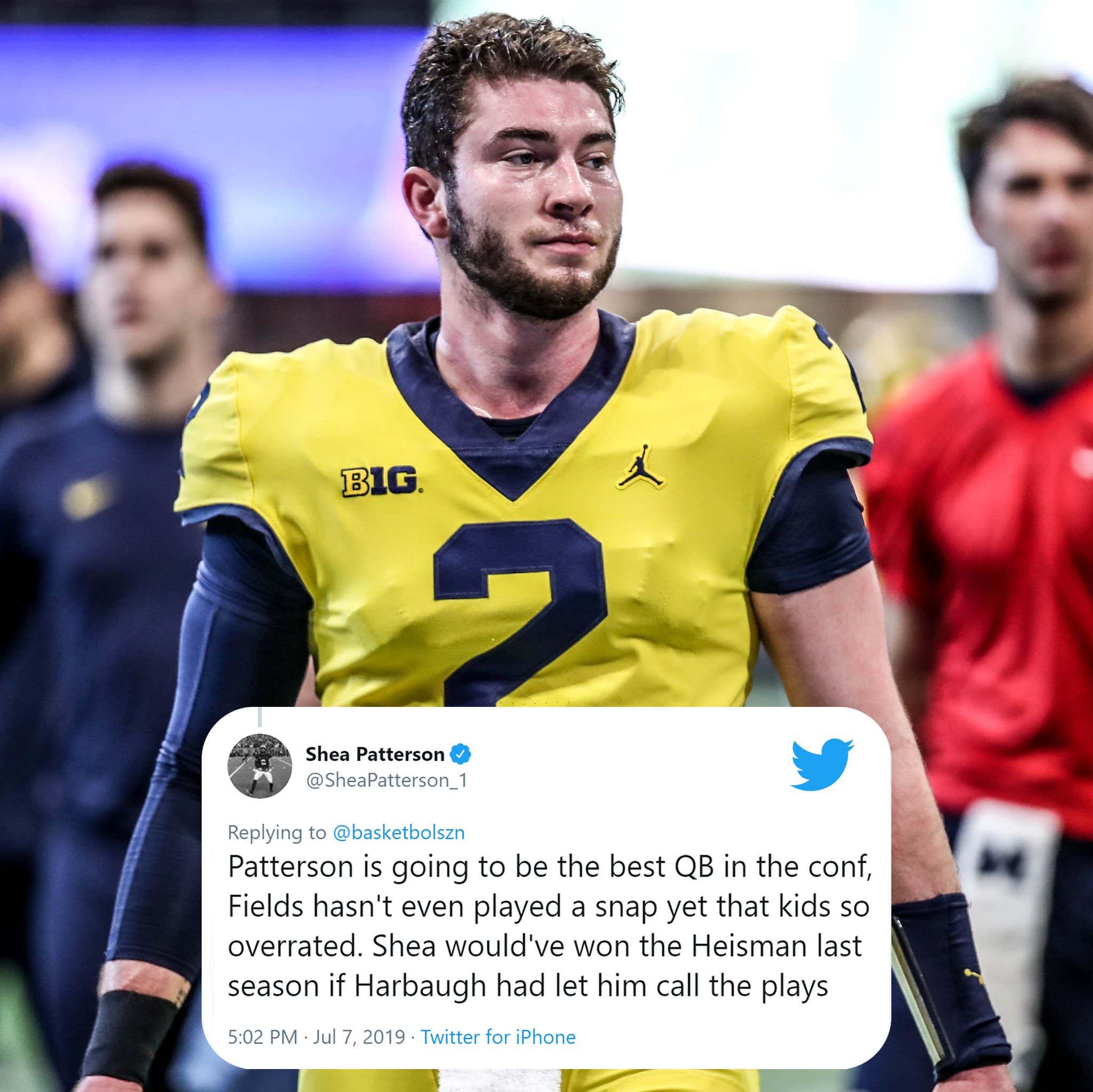 What an idiot!!! Michigan stays completely on brand here as being the most embarrassing “football program” in the entire country. The school should fully refund tuition to it’s students and give them out those orange candy peanuts instead. This is not a college. This is a circus. Could you imagine proudly wearing an M on your chest right now? So here’s how the latest version of this spectacle goes:

247Sports ranked the quarterbacks in the Big 10 yesterday in the following order:

Do I agree with the rankings? Well, they got the top guy right. And I’ll be honest, 2 through 10 are interchangeable for me. This makes me very, very optimistic to be a Buckeye this year. Who are these guys? If Shea Patterson is the second best quarterback in the conference then the Big Ten is IN TROUBLE. And Twitter agreed….

Fair question. Fair points. Shea Patterson is a fraud. In the only games that have ever mattered, he’s been terrible. It’s why Barstool decided to pull his original clothing line and tailor it more to his personality. 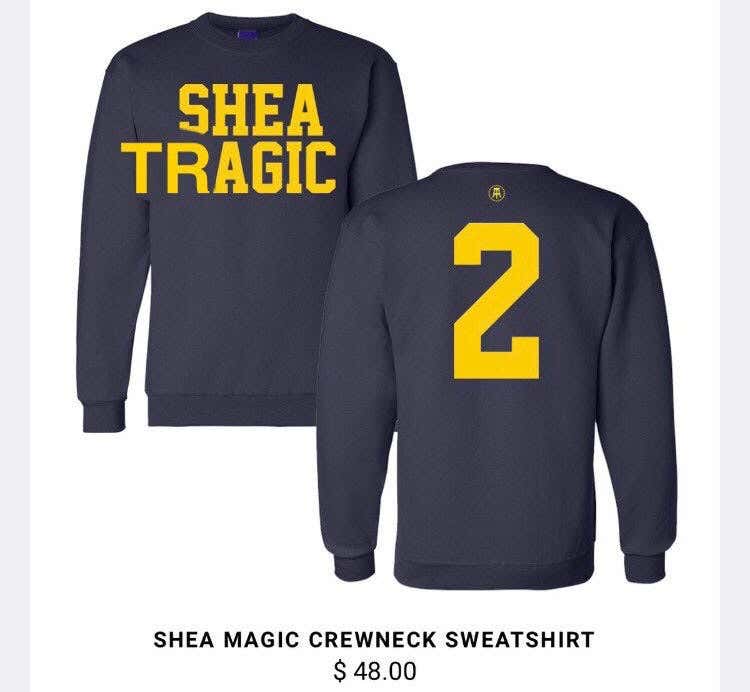 BUY BUY BUY! 20% off with the promo code OVERRATED.

So yeah, the entire world has kind of soured on Shea since the consecutive embarrassments he put on against Ohio State and Florida. And I’m sure he’s taken it pretty hard. So hard in fact that he decided to make a burner to defend himself. The only problem is that he forgot to switch accounts to his burner when calling out Justin Fields and his head coach!!!! 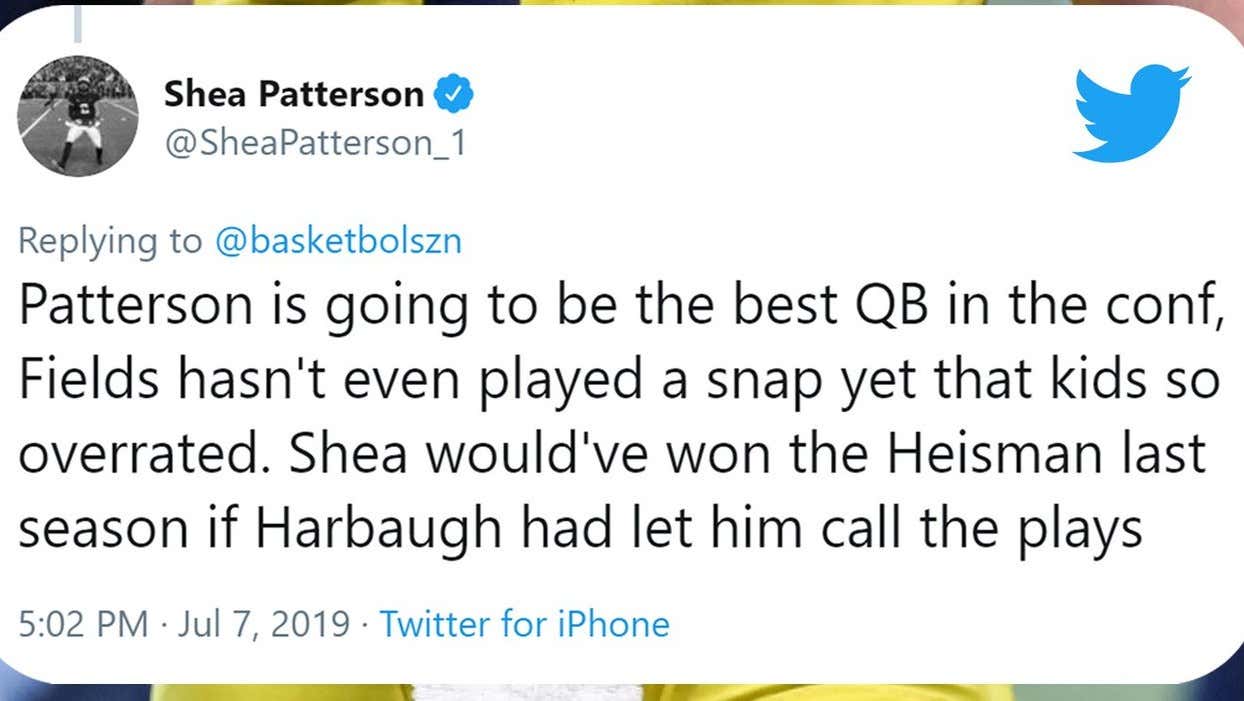 Heisman???? This dude either needs to go to Comedy Central or an insane asylum.

This tweet has been deleted, and I’m sure someone will come out soon and say that he was hacked. But I’m not buying it. He got his accounts switched up. He made a mistake. Something he’s been known to do from time to time. 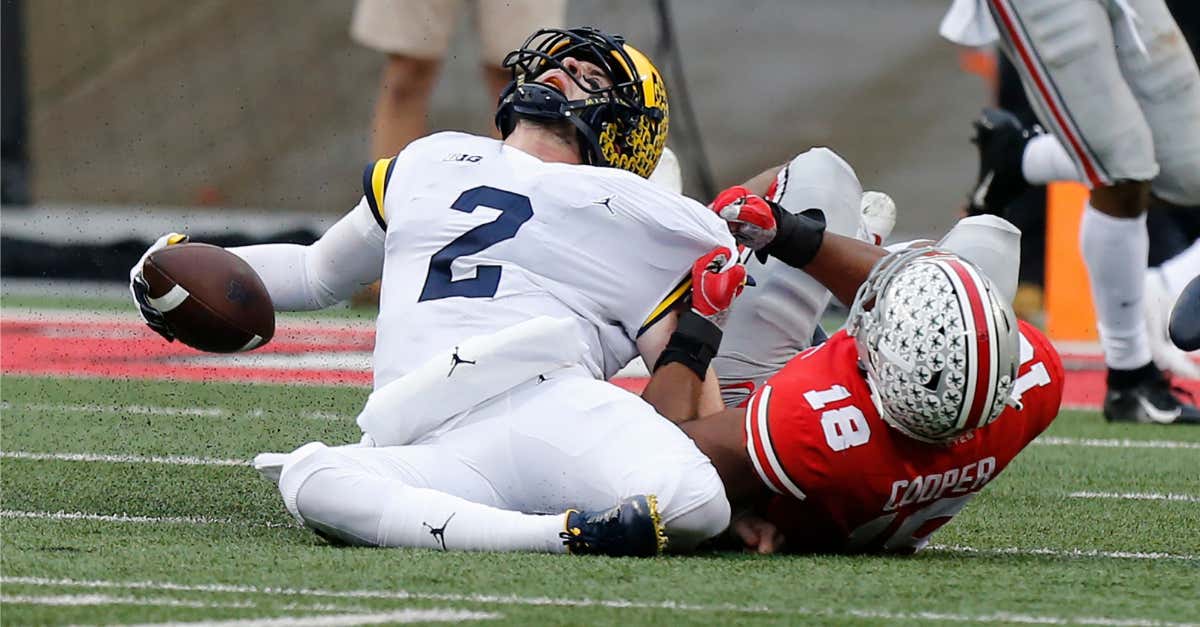 Dave update: Case in point why I never let morons from Ohio State blog for me. Learn the internet just one time for me Tate you bumpkin.